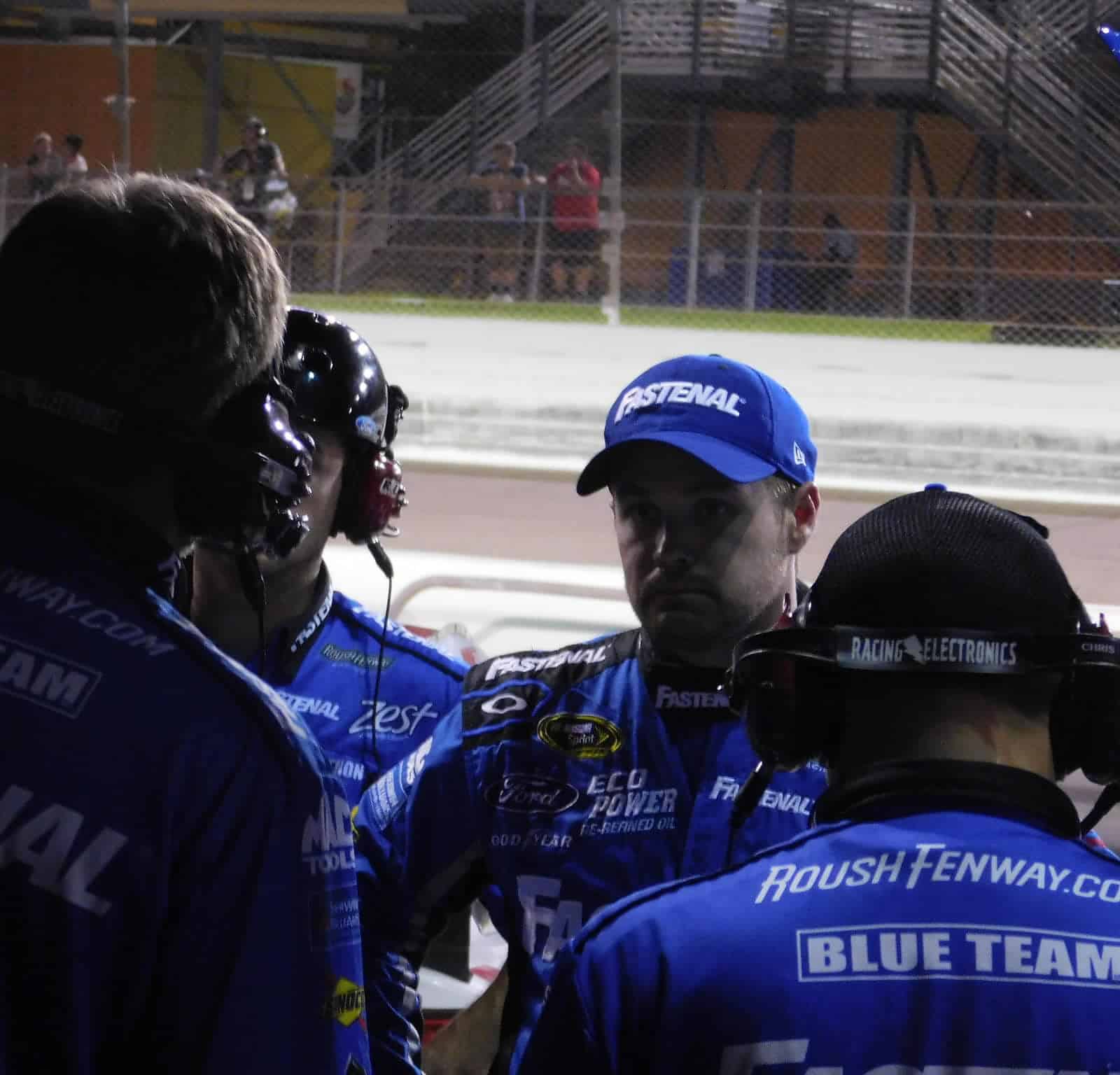 For Ricky Stenhouse Jr., top-five finishes were not the only thing found on short supply in the 2015 Sprint Cup Series season.

Yes, for the second year in a row in Stenhouse’s Sprint Cup Series career, his only top-five result came at the short track of Bristol Motor Speedway, racing to a fourth-place finish that wild night in March.

However, from the start of the year in Daytona, the season for all of Roush Fenway Racing proved to be demanding. Though similar to the 2014 troubles, that year saw both of Stenhouse’s teammates make the Chase for the Sprint Cup while the No. 17 team was mired 27th in final points. Since his solid 2013 rookie season, Stenhouse has seemed to be on the decline in nearly every category.

For 2015, with teammates Greg Biffle and Trevor Bayne struggling to crack the top 20 each week, it was a series of hit-and-miss events for 28-year-old Stenhouse, as he had multiple streaks in and out of the top 20.

The first run began at the spring event at Phoenix International Raceway with a 12th-place finish. The early-season effort was backed up with a two 15th-place finishes coming at Fontana and two weeks later at Texas Motor Speedway. That momentum capped off with the fourth at Bristol before the team saw a big drop in performance as spring turned to summer.

A whopping seven consecutive weeks, spanning from the April race at Richmond to the June race at Michigan, saw no top 20s, a best finish of 24th and a drop to 28th in the driver standings.

Clearly, the team needed a boost, which mildly arrived at the road course of Sonoma, the plate race of Daytona and the bumpy, low downforce 1.5-mile race at Kentucky Speedway. The varying run of races saw returns to the top 20 with finishes of 20th, 19th and 11th, respectively.

Just when things were looking north, the next unfortunate streak began with eight straight races from Indianapolis to Chicago without a lead-lap finish along with four finishes of 34th of worse in that same span.

Well outside the race for the final remaining Chase spots at Richmond, Stenhouse and rookie crew chief Nick Sandler had little to lose as they neared 30th spot in points, right behind teammate Bayne.

It was then when we saw the real potential from the two-time Xfinity Series champion as he began a streak of seven straight top-20 finishes, a mark that drivers like Jimmie Johnson and Matt Kenseth were unable to reach.

With five top 15s in a row and two top 10s at Dover and Talladega in that run, Stenhouse advanced five spots in points as he showcased consistency at arguably the best level reached in all of Roush Fenway Racing in 2015.

Despite finishing the year two spots higher in points that 2014 (25th), Stenhouse’s other final numbers proved to be career lows, leading to questioning for Stenhouse’s long-term career in Sprint Cup competition.

Recently on SiriusXM NASCAR Radio, Stenhouse was a repeated name when fans were asked what driver will have that dreaded make-or-break season on tap for 2016. Some even believed the 2016 season could be a make-or-break year for all of Roush Fenway Racing.

But to avoid ending on a sour note, perusing through Stenhouse’s Twitter timeline is quite the journey. His passion for dirt-track racing and girlfriend Danica Patrick take center stage, though this Jeff Gordon tribute tweet provided us with a late-season chuckle.

Ricky still has the best ride in NASCAR!