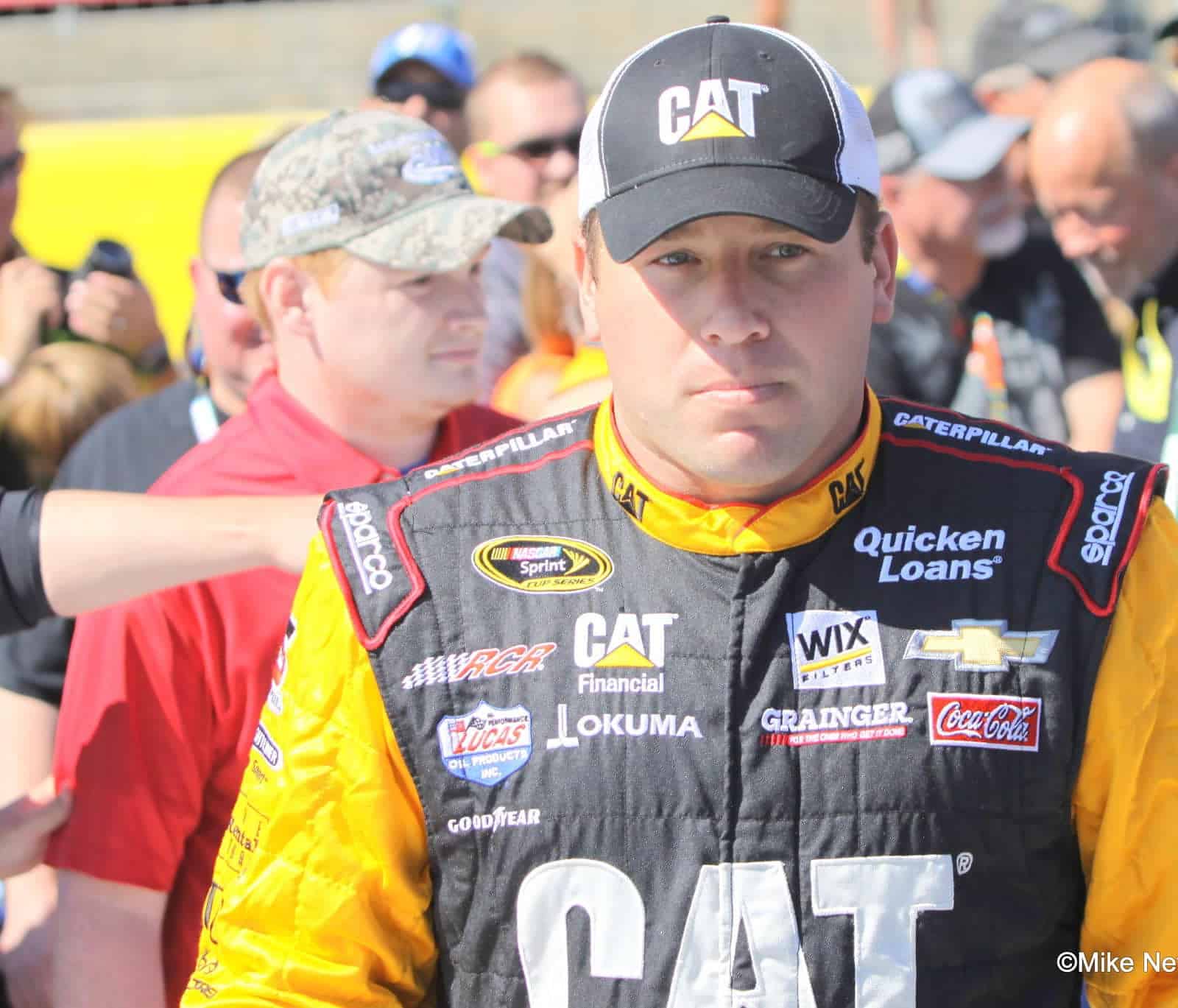 For Ryan Newman and Richard Childress Racing, 2015 was likely approached as a year in which the team only needed a little bit more to get over the hump. After all, Newman was just a half-second away from winning the 2014 Ford EcoBoost 400, and with it, the Sprint Cup Series championship.

Given that mentality, the team made next to no changes in personnel entering 2015, and once the season began, Newman actually started out 2015 stronger than he did last year. Earning top-five finishes in all three races of the West Coast swing had Newman sixth in points and looking good.

Then, NASCAR came down hard on the team. In a tire audit after the Auto Club 400 (where Newman finished fifth), NASCAR discovered modifications designed to allow the bleeding of tire pressure. Even in this era of tightly controlled regulations, there are a couple of parts of the car in which more emphasis is placed. One is the engine, tires are another. Mess with either one and you get the horns.

Newman and the No. 31 team found that out the hard way after NASCAR assessed a rare P5 penalty against the team. Since the violation was discovered after the race, the punitive post-race additional penalties were added, resulting in a 75-point penalty (more than a race and a half). Crew chief Luke Lambert was fined $125,000 and suspended six weeks. In addition, engineer Philip Surgen and tire specialist James Bender were also suspended for six weeks. Naturally, that kind of a punishment could not stand in the eyes of RCR, so the team appealed.

Three weeks later, the National Motorsports Appeals Panel cut out the additional post-race penalties (dropping the points penalty from 75 to 50 and the fine from $125,000 to $75,000), but upheld the suspensions by virtue of NASCAR failing to prove that the tire audit was actually part of post-race inspection. Childress then appealed to final appeals officer Bryan Moss, who upheld the panel’s findings.

The penalty dropped Newman from sixth all the way down to 21st in points (after the penalty was cut from 75 to 50 points). The season immediately shifted from a race to potentially snag a win or two to a game of catch-up. For what it’s worth, the team did put together a series of decent runs and got back up to 14th in points during the drawn-out appeals process.

Once the appeals were exhausted, substitute crew chief Todd Parrott inherited a team that had a little momentum. He was able to keep it up with top 10s at Kansas and Charlotte. Shortly afterward, bad luck hit, with mediocre runs at Dover and Michigan sandwiching a wreck at Pocono.

When Lambert came back from his suspension at Daytona in July, Newman was 14th in points. From there on, Newman averaged a finish of 13.3 for the remainder of the season. Not horrible by any means, but not quite as good as the 10.95 he averaged over the final 20 races of 2014. For much of the second half of the season, the team was just there. There were some decent results, but for the most part, Newman was never spectacular.

The exception to the rule would be Chicagoland. Newman was rather anonymous for much of the day, but took four tires under the final caution. In the final five laps, Newman moved up from 14th to finish fourth. That got his Chase off on the right foot, and given just how close the Challenger Round turned out, he needed every single position he could get.

A regression in on-track performance in addition to the performance requirement just to advance in the Chase increasing over 2014 meant that Newman was eliminated at the end of the Contender Round. From there, Newman held on to finish 11th in points. While the 11th-place finish in points was the best of RCR’s three teams, it still left a lot to be desired.

For 2016, Newman and Lambert both return to the team. No major changes have been made to the team behind the scenes. Given the team’s slight regression, it’s unclear if that is truly the way to go.

However, Newman will enter the season in a career-long 88-race winless streak. He has not won a race in his two years at Richard Childress Racing. Then again, neither have his teammates.

Sponsor-wise, Caterpillar remains as the No. 31 team’s primary sponsor, while WIX Filters and Grainger appear to be back as well. However, Quicken Loans, whose white and red colors adorned the car for nine races this past season, left and moved its backing over to Hendrick Motorsports’ No. 5 and Kasey Kahne. There has been no news regarding a potential replacement backer.

Both Newman and Caterpillar are in contract years. That means that Newman really needs to put up some good results, and quick. Even so, it is debatable whether Newman could retain the ride beyond next season. Why? There’s a relatively young chap in the RCR fold running full-time in the Xfinity Series.

You might have heard of him; goes by the name of Ty Dillon. Drives the No. 3 Chevrolet with sponsorship from Yuengling Light Beer, among other companies. He just finished third in Xfinity Series points, is married to a Honeybee and his grandpappy owns the team. He’s ready for Sprint Cup right now, but there isn’t any room at the inn. That room will be made available.

Yeah, Newman had better produce in 2016, and by produce I mean produce much more than he did this year. His chances of keeping the No. 31 ride beyond next November are pretty low. The goal for him is to make himself look good for that next ride.

At age 38 (and entering his 15th full season in Sprint Cup), Newman’s not a spring chicken anymore. That next ride, provided that the chemistry is right, just might be his last ride in Sprint Cup.

Looked to me Newman about got everything out of his equipment that was to be got. Let’s face it, RCR has become a second tier team. I don’t remember a time last season he or his teammates had a car capable of leading laps legitimately racing for a win. Hate to say it but considering his age and his equipment I don’t see many opportunities to win going forward.