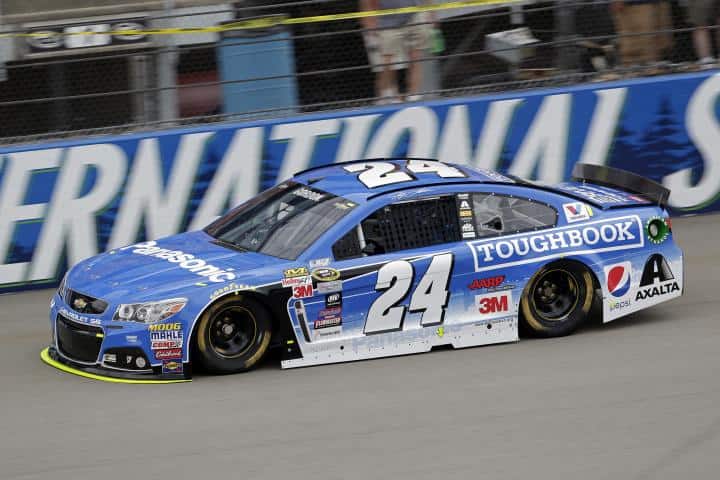 On Tuesday, Hendrick Motorsports announced that Panasonic Toughbook will continue their partnership with the team in 2016, but will shift over to Kasey Kahne‘s team following the retirement of Jeff Gordon (Note: Gordon’s car with the Toughbook colors from last year is pictured above). The company will be featured on the No. 5 Chevrolet at Atlanta Motor Speedway on February 28 and Dover International Speedway on October 2nd.

“We’ve partnered with Hendrick Motorsports for almost a decade because they exemplify the attributes the Panasonic and Toughbook brands represent — quality, performance, reliability and leadership,” said Ruderman in a release. “Kasey is an extension of the Hendrick Motorsports brand and an exemplary competitor in his own right. As we enter the 2016 NASCAR season, we believe our partnership with Kasey, his team and Hendrick Motorsports will deliver great results both on and off the track.”

Kahne expressed how much their technology helps him and the racing team off and on the racing surface.

“I’m happy to be part of Panasonic’s continued relationship with Hendrick Motorsports,” Kahne said. “They’re a worldwide brand, and their technology helps with our performance every day, both on and off of the racetrack. It’s a partnership that directly impacts our whole organization and will help give us every opportunity for success in 2016.”

Kahne joined the Hendrick Motorsports fold in 2012 and has taken the No. 5 Chevrolet to five victories, 29 top five and 54 top 10 finishes over the course of a 144 races. The Washington native holds 17 victories in the Sprint Cup Series since making his debut back in 2004.

I couldn’t think of a more fitting sponsorship for the HMS driver that get’s beat every week… Toughbook, they take a beating too.

I was going to leave some smartass comment about helping a backmarker team advance. But yours is much funnier.

I’m thinkin’ na$crap is to tough to watch so I’ll read a book instead.