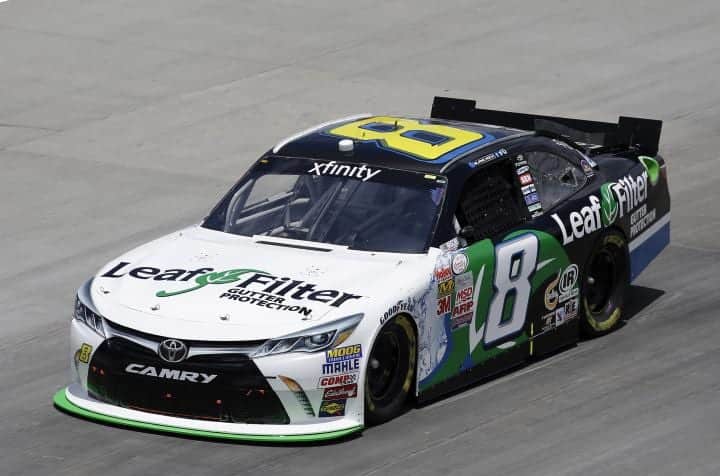 There will be a similar look to Blake Koch‘s ride in the NASCAR XFINITY Series in 2016, but that doesn’t mean everything behind the scenes is the same.

Today (Jan. 20), Koch announced he’ll move to the newly founded Kaulig Racing in 2016, piloting the single-car operation’s No. 11 LeafFilter-sponsored Chevrolet for the balance of the XFINITY season. Kaulig Racing is owned by Matt Kaulig, the president and CEO of LeafFilter, which sponsored Koch over the last two years, including full-time in the series in TriStar Motorsports’ No. 8 in 2015.

“I am extremely excited to finally announce the formation of Kaulig Racing,” Kaulig said in a press statement. “This is an exciting project and venture that we’ve been working on for months, and it’s great to finally introduce our team. I have a vision of how I want to build this team and the pieces are coming together quickly.”

Added Koch: “I can’t even put into words how excited I am for this opportunity. Watching it all come together is something very special, and Chris Rice has done an amazing job assembling this team. Matt (Kaulig) and LeafFilter Gutter Protection have given us everything we need to be competitive. Because of Matt’s great leadership and employees, LeafFilter has grown to be an industry-leading company that has made this opportunity possible. I am beyond proud to be able to represent them on and off the track.”

Kaulig Racing will have a technical partnership with Richard Childress Racing for the 2016 season. Koch is a former developmental driver for the team.

Koch moves from TriStar Motorsports, with which he spent most of the 2014 season before running full-time with the organization last year. In 2015, he finished 17th in overall points with a best finish of 18th three times.

Chris Rice, who is also the general manager of Kaulig Racing, will serve as Koch’s crew chief.

TriStar Motorsports has announced plans to operate two cars in the wake of Koch’s departure: the No. 44 for David Starr and the No. 14, a roster to be named later.