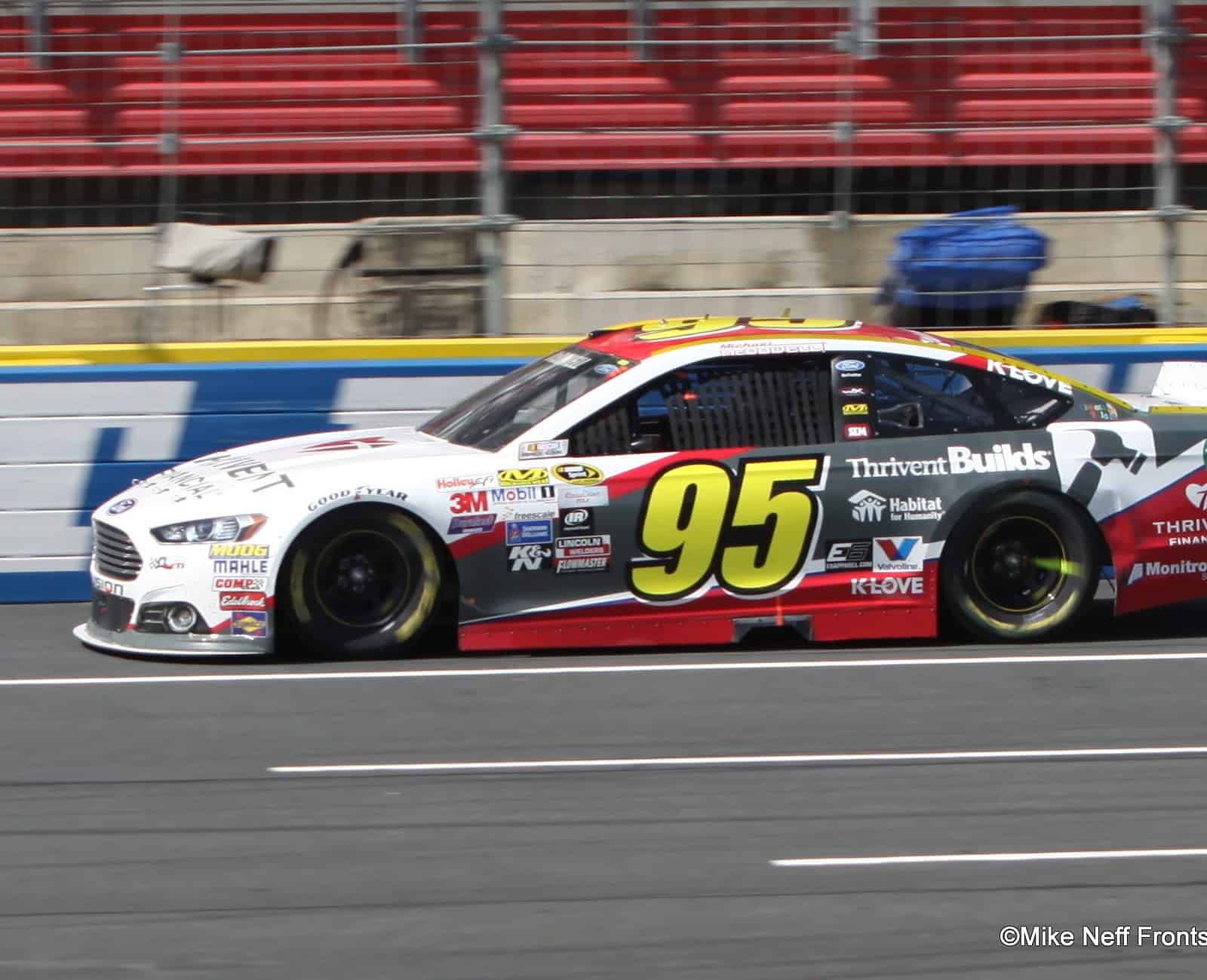 Through fire and rain, Circle Sport – Leavine Family Racing are back — this time for its first full-time Sprint Cup Series season, through an alliance with Richard Childress Racing.

Michael McDowell and Ty Dillon will split the team’s No. 95 as it goes full time in 2016, with a fuller driver lineup to be determined later.

With a minimum of 26 races for McDowell and five for Dillon – specific races will be determined at a later date – team owner Bob Leavine said the alliance with Circle Sport was a huge step forward for the organization, switching from Ford to Chevrolet in the process.

“I appreciate Joe Falk in joining the partnership with myself and LFR, obviously, for Circle Sport Leavine Family Racing,” Leavine said Thursday at the NASCAR Hall of Fame. “That was the emphasis that helped us go 36 races. And for us, that’s big.

“This is our sixth year being in NASCAR Sprint Cup Series, and it’s been a great six years. Secondly, the partnership with RCR technical alliance and Chevrolet is also gigantic in that step moving forward.”

The veteran McDowell has been the team’s driver since 2014 and realizes the troubles the team has experienced toward to goal of showing up each week.

“It definitely wasn’t easy,” McDowell said. “There were times where Bob turned over every stone, every rock, every possibility. And that’s really what it takes with a small team. When I first started at LFR, we didn’t know what races we would do — 15, 20. I really think that process of growing slowly has helped us to get to the point where we’re at now.”

Dillon looks to continue his slate in the No. 3 for Richard Childress Racing in the XFINITY Series with the a part-time position with CSLFR for 2016.

Leavine Family Racing began as Leavine Fenton Racing in 2011 and has run a part-time schedule in the Sprint Cup Series since, with David Starr and Scott Speed the chief drivers for the team prior to McDowell’s 2014 arrival. Its best finish remains a seventh-place run at Daytona with McDowell in 2014.