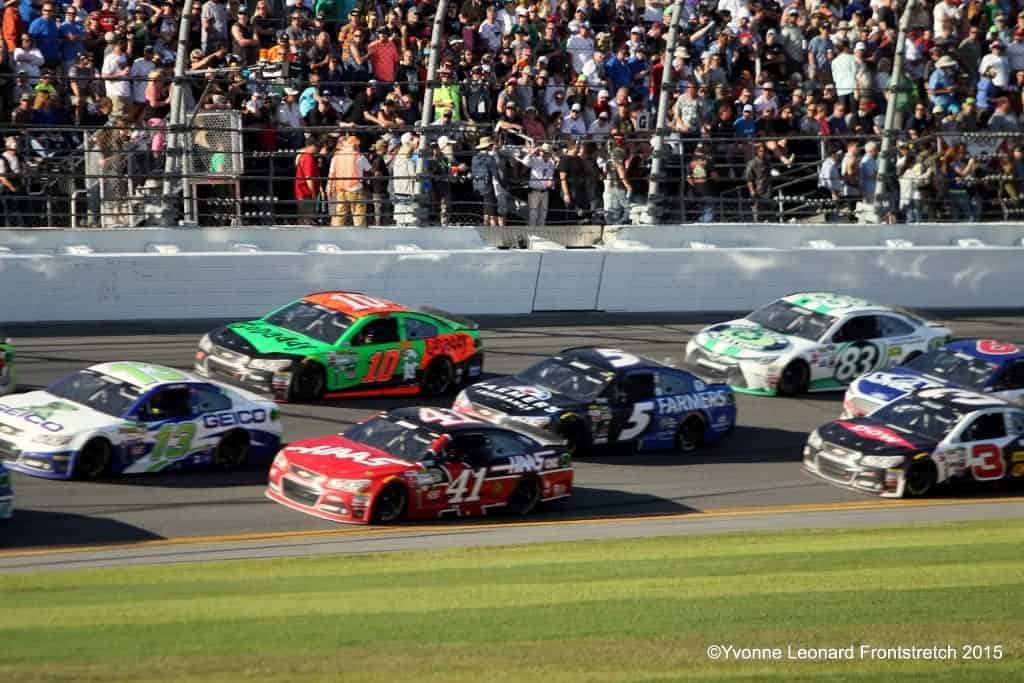 As the 2016 season rolls closer and some form of franchising (NASCAR calls it a charter system, but it’s essentially franchising) seems inevitable, the sport will only get more competitive.  The elite teams will still be the elite, but things will really heat up in the middle of the field.  For teams without charters and the guaranteed starting spots that goes with them, it’s going to be tough to stay in the game.

On their own, teams have limited resources; whatever they have at their disposal comes from within.  Even with money, that means a team is limited to the input its drivers and crews can give.  Even the best communication is limited by the skill set of the individuals involved.  If a driver struggles at a certain track, that means the team doesn’t have much to go on other than past notes (which are often rendered obsolete by changes to rules and racing surfaces) and the driver’s feel.  For a single-car team, it’s especially hard to gain ground because it’s hard to decide what changes to make, and wholesale changes at the track are rarely successful without a plan.

That’s where alliances come in.  The days where every team guarded its secrets like Fort Knox are past.  There’s little advantage in that anymore; instead, more and more teams are working together to beat the competition.  One large team can work with two or three smaller ones, and if they choose wisely, the flow of information can benefit both sides.

For a small team, especially a single-car outfit, being able to take advantage of information from a well-funded multi-car organization represents a significant opportunity.  Building cars from the ground up is taxing, and few teams are able to build engines which can even begin to compete with the larger operations.  Agreements vary; some teams purchase chassis and lease engines while others lease engines only.  Levels of cooperation and information sharing are also different for different teams, but for those with full alliances, there have been results in recent years.

The larger organization can also benefit from the relationship. There’s the income from selling cars and engines, of course, but the information flows both ways, and there are days when a satellite team can hit on something they don’t.  If two drivers have a similar style or a particular skill, sharing can be valuable.

Richard Childress Racing entered an alliance with Furniture Row Racing in 2013 where the single-car team was considered to be a fourth arm of the larger organization.  The payoff for FRR is obvious; from its inception in 2005 through 2012, the team had one win with Regan Smith, but just three top 5s and 11 top 10s in that span.  From 2013-2015, FRR has one win, 20 top 5s and 43 top 10s and has made the Chase twice, including 2015, where the No. 78 outstripped the RCR stable for the season with Martin Truex, Jr. finishing fourth in driver points.

RCR obviously found the arrangement agreeable as well, adding two more teams, Germain Racing and JTG Daugherty Racing, on similar plans in 2014.  The gains for those teams have been less dramatic than FRR perhaps, but the gains are measurable.

Heading into 2016, alliances are the name of the game for several organizations.  Powerhouses Hendrick Motorsports and Stewart-Haas Racing represent racing alliances at the highest level, and the deal initially ensured that SHR entered the Cup Series as an elite team instead of the path many smaller teams take.  The team was an immediate contender for wins and won a title in 2011 with Tony Stewart.

RCR maintains its connections with both Germain Racing and JTG Daugherty Racing and adds the newly merged Circle Sport Leavine Family Racing to the fold with a similar deal.  That deal is especially beneficial to RCR as it will give up-and-comer Ty Dillon a ride for several races this season.  RCR also adds a deal with Tommy Baldwin Racing that includes engines and tuning assistance.

Furniture Row Racing moves to an alliance with Joe Gibbs Racing for the 2016 season, citing manufacturer support from Toyota as the driving force behind the move. It’ll be a fourth arm for JGR, and Truex brings veteran consistency to the table.

Wood Brothers Racing works closely with Team Penske, and Roush Fenway Racing is in the game as well, with the Nos. 34 and 38 of Front Row Motorsports in the fold.  That means all of the top level elite teams have at least one outside alliance this season.

Mears says that his team’s improvement has come, in large part, because of that alliance and what it brings to the table for single-car Germain Racing. “It’s more about the details now,” Mears says, meaning that his team has gotten to the point where they can focus on fine-tuning the racecars rather than simply finding speed.  “There were a handful of times last year when I really felt like I was back in a Hendrick car or an RCR car when things were going well.  We’re finally starting to be able to button up those details, and I’m finding that my language and the things that I’m saying, the things that I’m asking for are reminding me more of the things I used to ask for in the past versus the big, ‘we’re out to lunch, how do we get around this place?’

“The big key in staying competitive is gaining, always.  I think in the offseason, we worked really hard and we stayed current with what RCR is doing.  We’re starting the year with their current spec chassis.  We’ve had several cars updated; all our bodies are now in line, to the best of our knowledge, with what RCR is doing … we’re getting a little bit of time in the wind tunnel, which has been helpful. From every aspect, we’re just paying attention to the details.  Our backup cars now are going to be as good as our primaries. All those little things add up, and I think that’s where we’re going to be better.”

As the sport evolves and teams become more and more competitive, team alliances become more critical.  Teams can’t afford to stand still, and sometimes another piece of input can mean the difference between stagnating or moving forward.  Elevating the level of competition can only be a good thing for everyone involved — including, ultimately, race fans.