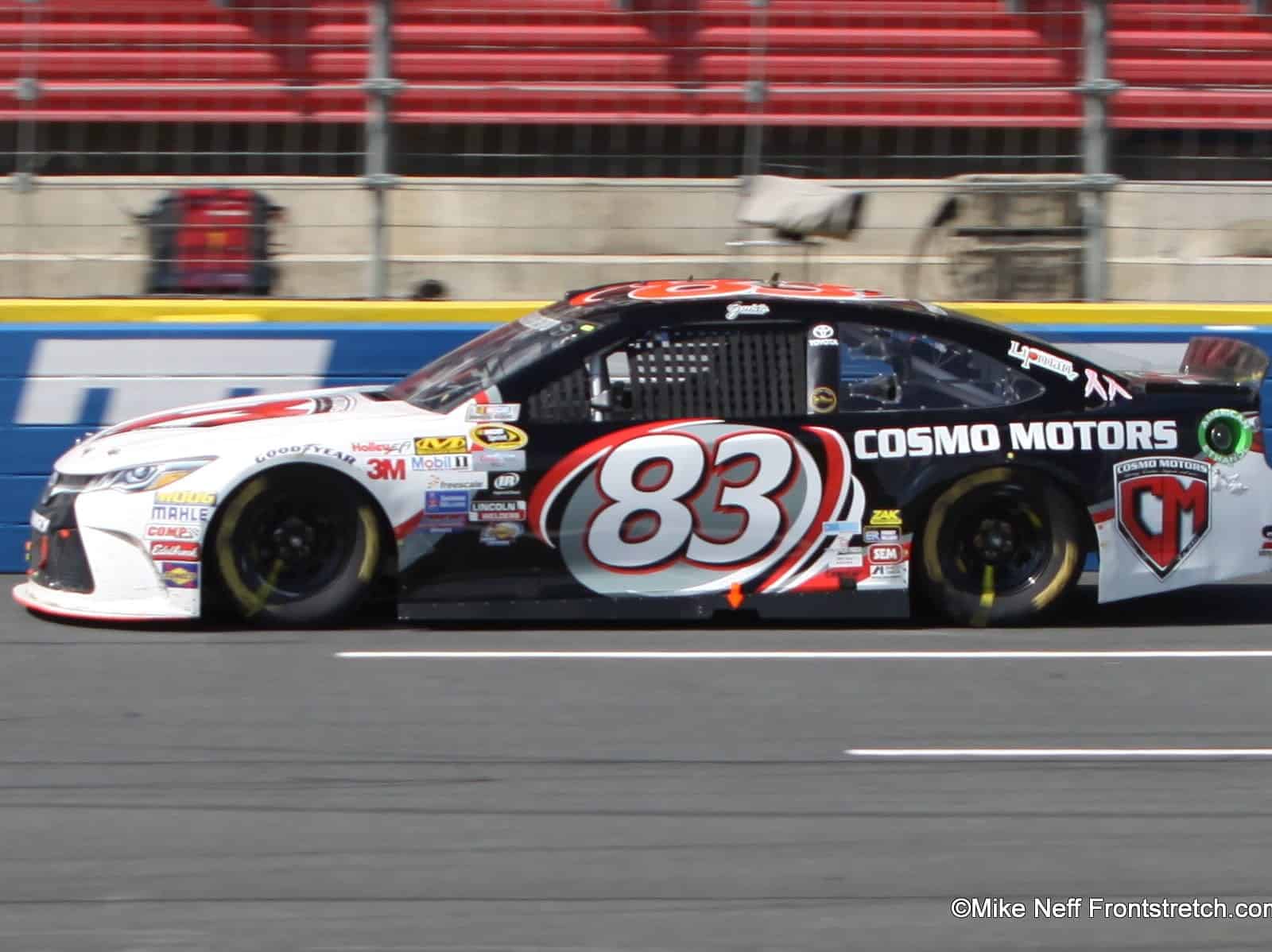 Following his first full-time season in NASCAR’s premier division, Matt DiBenedetto will be back with BK Racing in 2016.

Returning to the wheel of the No. 83 Toyota Camry, the 24-year-old will be paired with crew chief Gene Nead, who sat atop the pit box for DiBenedetto for eight races last year.

Along with the re-signing of DiBenedetto, the organization will be adding veteran David Ragan to its driver lineup, as first reported by Motorsport.com and later confirmed by the organization.

A year after competing for three organizations, the Georgia native will pilot the No. 23 car, replacing Jeb Burton, who drove the car for the final 12 events of the year.

Ragan ran the majority of the 2015 season under the Michael Waltrip Racing banner. When the team announced it was closing, he was left without a ride after starting out the year with Front Row Motorsports before departing the organization for Joe Gibbs Racing, replacing eventual Sprint Cup Series champion Kyle Busch for nine races.

DiBenedetto finished runner-up in the Sunoco Rookie of the Year battle to Brett Moffitt in 2015. Finishing 35th in the driver standings after not attempting the Daytona 500 and missing the next two races to start the season, he recorded 14 top-30 results, outperforming his two teammates, who had a combined 10 top-30 finishes.

“Last year I learned a lot from everyone here at BK Racing and I’m looking forward to having a full notebook heading into the season,” DiBenedetto said in a press release. “Ron, Gene and the team have put in a lot of work over the off-season and we are all looking forward to Daytona.”

Dustless Blasting will be on board DiBendetto’s car beginning with the season-opener at Daytona, followed by several other events throughout the season. In 2015, the company was featured on his car six times. Additionally, Cosmo Motors will continue to be a primary sponsor on the No. 83 car after partnering with DiBenedetto for 10 races last year.

There is no word on JJ Yeley’s status after he split the season in the Nos. 23 and 26 cars for the team.

BK Racing purchased the majority of MWR’s cars during the off-season. The organization is contemplating running three cars; however, as of now, the plan is to focus primarily on Ragan and DiBenedetto.

Jeb Burton was put in a crappy position. Hope he lands something in BGN or CTS. This late in the game tho, there’s not much available.

I hope David stashed some $$$ away the last few years now that he is driving for a team with a history of stiffing its drivers.
Well, hopefully he won’t affect the outcome of almost every race with a late spin out, unlike the poor kid he is replacing.

BK Racing isn’t exactly a top tier team, but wouldn’t you feel like you had just served your sponsors the afterbirth of Frankenstein for dinner when MW tells everyone you’ve adopted their cars… and then posts a picture of one that needs a few body panels replaced?

I was thinking it was one Mikey drove but it isn’t damaged enough.

Oh goody what will David Ragan do after this stint? The guy has nine lives, and why is a mystery. And goody again we get to see Matt Dib again potentially create that all important late race caution for the Toyota’s when they need it or NASCAR thinks they do in 2016. Pity the guy leading that isn’t driving a Toyota….these guys will take care of that pronto! CAWSIN with 4 to go, Matt D into the wall!!!! Imo. WWE.

I wonder if Brian will find a way to get Jeb back in a car. He needs all he can get.

Hehehehehehe. Jeb seemed to be a very good solider last year when it counted!

BK got some nice cars in the deal ..16 or so cars from Waltrip Racing.

David Ragan has proven he can get up front even with bad cars and low budget teams..so yeah this is a good fit.

Watch the move he puts on Edwards in his Talladega win https://www.youtube.com/watch?v=S35n20PrJRk