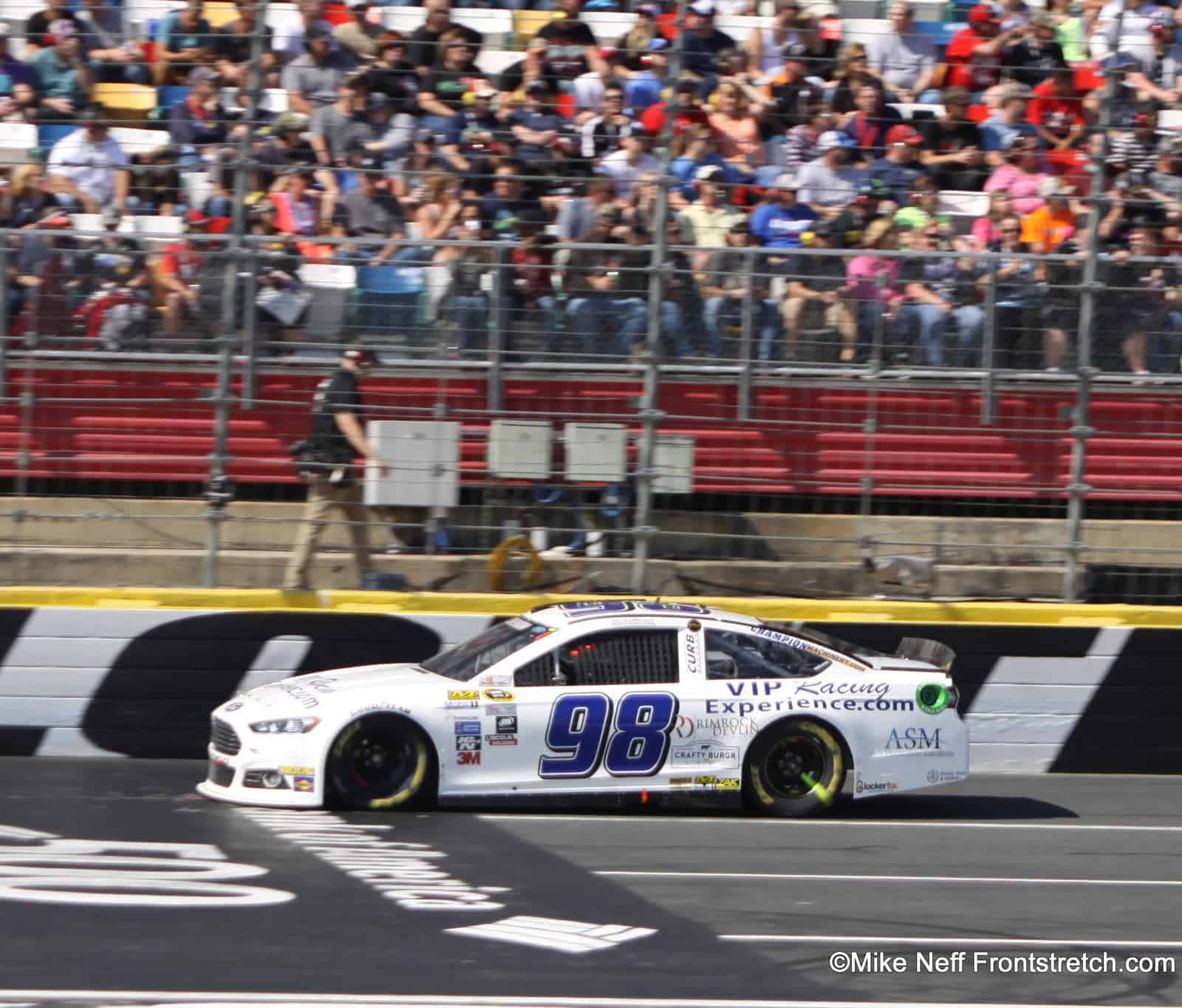 After purchasing the assets of Mike Hillman Racing over the off-season, Premium Motorsports announced it would be fielding two cars in 2016, with one of them competing part-time. The organization has announced it has hired Cole Whitt to pilot the No. 98 car for the entirety of the 2016 Sprint Cup Series season.

Whitt, 24, joins Premium Motorsports after competing for Front Row Motorsports in 2015. According to an interview with Whitt in June, FRM had an option to continue their partnership heading into 2016. However, the organization created an alliance with Roush Fenway Racing, signing Chris Buescher to drive the No. 34 car, along with Landon Cassill piloting the No. 38 Ford as it discontinued the efforts of Whitt’s No. 35 team.

“Jay and the crew at Premium Motorsports impressed me with their vision for the future and commitment to making the No. 98 car competitive week in and week out,” Whitt said in a press release on Tuesday. “I look forward to being a big part of the family atmosphere at Premium and having a successful start at the Daytona 500 in a few weeks.”

As the charter system has forced teams to create alliances and combine equipment, Premium Motorsports will keep Mike Hillman on as the competition director of the organization and his brother, Mark Hillman, will serve as a crew chief.

During the 2015 season, Premium Motorsports started out with one team. Brendan Gaughan started out the year in the No. 62 car, but parted ways with the team after Daytona in July. After the team purchased Phil Parsons Racing, Josh Wise was released shortly thereafter, leaving them with two full-time cars. Timmy Hill and Reed Sorenson split the second half of the season between the Nos. 62 and 98 cars, with Ryan Preece piloting the No. 98 car in five events in an alliance with Tommy Baldwin Racing.

“We believe Cole is an accomplished young driver who drives aggressively, yet smart,” team owner Jay Robinson said. “He’s a great fit for our team as we look to improve our competitiveness in the Sprint Cup Series.”

Making his Cup Series debut in 2011 for Red Bull Racing after competing full-time in the Camping World Trump Series, he ran full-time for JR Motorsports in the XFINITY Series, where he finished seventh in the standings with four top fives and 14 top 10s. He signed with Swan Racing in 2014 after a year of running for start-and-park teams at the Cup level and a part-time effort in the XFINITY Series, competing for the Rookie of the Year honor. However, the organization shut down after eight races, but his contract was picked up by BK Racing.

Whitt has an average finish of 30th in 86 Sprint Cup starts with a best result of 13th at Talladega in May 2015.

It is unknown what manufacturer will be utilized by Premium Motorsports in 2016. Whitt’s sponsors will be named at a later time, but according to the team, some of his partners from Front Row Motorsports will be joining him at Premium.

Kinda like musical chairs, everybody not part of one of the megateams is trying to secure a place before the music stops.