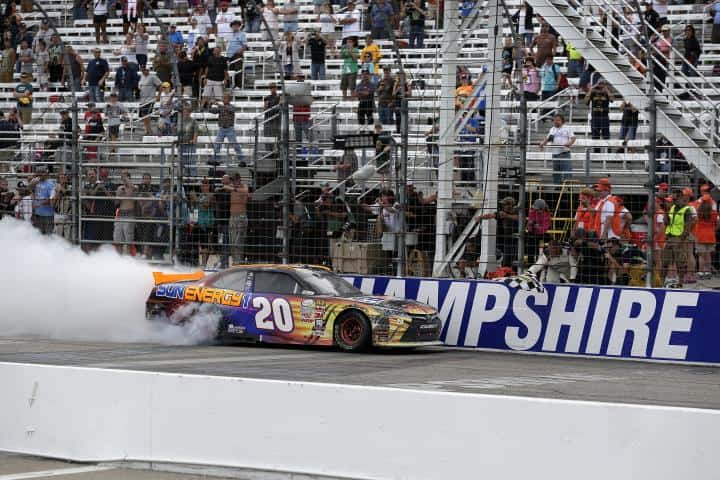 This past weekend, Kenny Habul was part of the driving team for Stevenson Motorsports’ No. 9 Audi R8 LMS GT3 in the GT-Daytona class at the Rolex 24. Habul, along with Boris Said, Tristan Vautier and Dion von Moltke, finished eighth in the GT-Daytona class. However, later this year, he will return to NASCAR for his fifth consecutive season. That return will take place in multiple capacities.

During an Audi Meet the Teams free-for-all on Friday, Habul told Frontstretch that his company will enter the Sprint Cup Series with Hendrick Motorsports on a sponsorship deal.

“SunEnergy1 will be sponsoring the 24 car for Chase Elliott at Hendrick Motorsports,” Habul said during the meet and greet. “It is a full sponsorship deal for certain races with Elliott.”

However, the deal is not fully set in stone. Habul says that he and Hendrick Motorsports are still working on the details of the deal. Expect an announcement sometime in the near future that will include the races that will feature the SunEnergy1 colors.

At the present time, the No. 24 Chevrolet has primary sponsorship from four different companies for 33 races. NAPA Auto Parts has 24 races, 3M has five, while both Kelley Blue Book and Mountain Dew have two each. SunEnergy1 could be in position to cover the remaining three races. They would also be new to Sprint Cup as a primary sponsor.

Last year, SunEnergy1 served as a primary sponsor in the XFINITY Series for a non-Habul race for the first time. Most notably, SunEnergy1 was sponsoring Denny Hamlin’s No. 20 for Joe Gibbs Racing when he won the Lakes Region 200 at New Hampshire Motor Speedway from the pole in July (pictured above).

In addition to the Sprint Cup primary sponsorship, Habul noted that he has signed with Hendrick Motorsports-affiliated JR Motorsports for 2016. In his new role, Habul stated that he will be driving the No. 88 Chevrolet in the three XFINITY Series road races (Watkins Glen, Mid-Ohio and Road America). Habul’s SunEnergy1 will also provide primary sponsorship for Habul’s effort.

Habul has raced in all of the XFINITY Series road races since 2012, first with his own operation using Joe Gibbs Racing equipment, then with JGR itself. In 12 career starts, Habul’s best finishes are a pair of 14ths at Road America in 2013 and 2015.