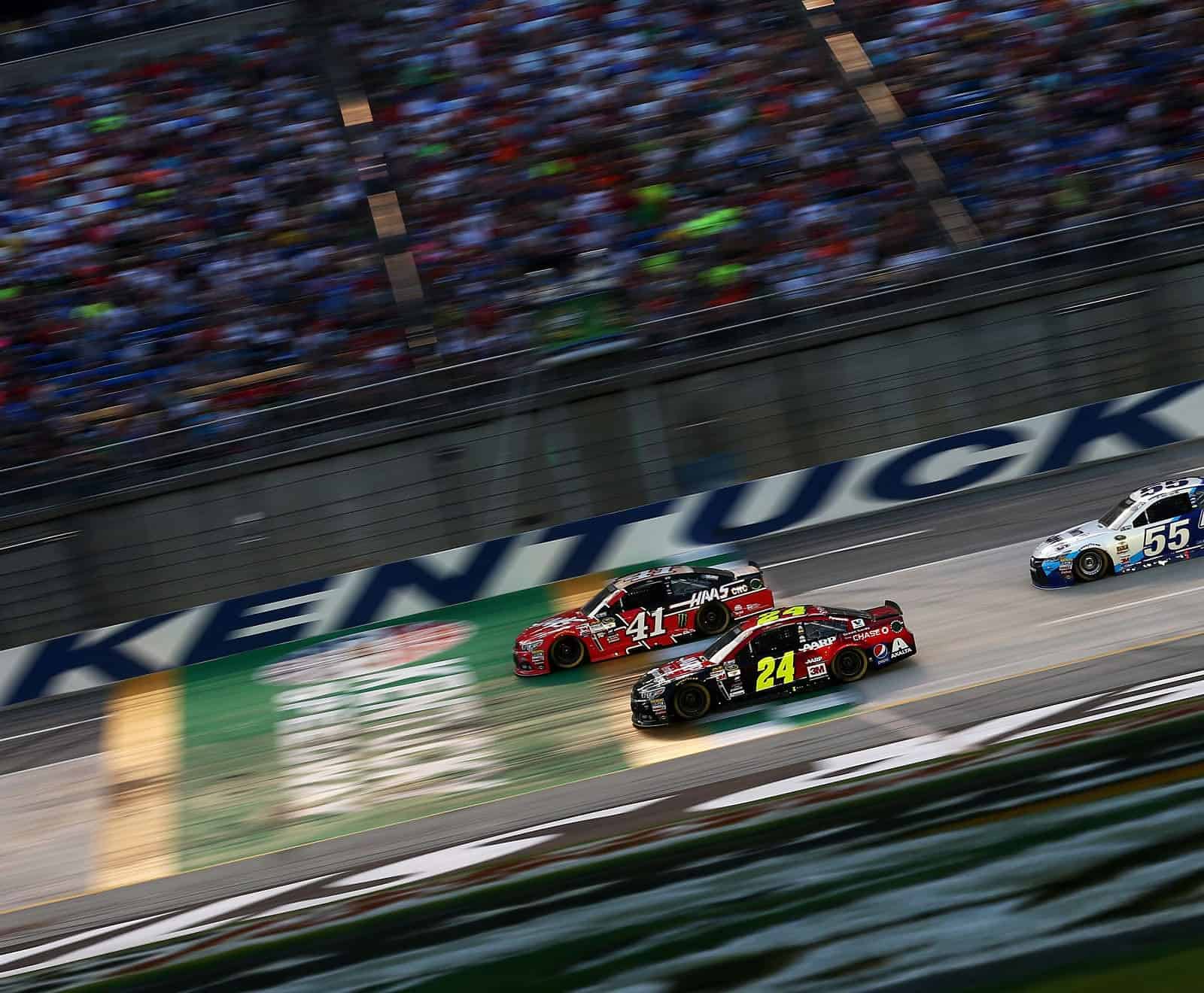 It’s official: NASCAR will implement a five-year charter agreement with Sprint Cup team owners that reduces the race field from 43 to 40 cars and guarantee starting positions for chartered teams in every race.

NASCAR will award 36 charters to teams who competed full-time in the Cup Series since 2013 based on longevity for each individual team in the series. There is an additional four-year option, which would extend the agreement to nine years, though the 2024 season.

The charters will be determined based on each individual team as opposed to the owner’s organization, which means that the No. 19 of Joe Gibbs Racing and the No. 41 of Stewart-Haas Racing will not initially receive one.  Organizations can, however, sell their charters to the highest bidder, and that should put the two from the now-defunct Michael Waltrip Racing Nos. 15 and 55 up for grabs, and it’s likely that these two teams will put up the money to purchase them.

In addition to guaranteed starting spots, chartered teams will receive additional revenue from various areas, including digital operations.  The system also makes teams attractive to sponsors, as they will not miss races.  It also allows teams to focus on improving their raceday packages without having to worry about how it will affect qualifying for the race.

Teams without charters will be able to compete for four open spots in each race, which will go to the four fastest qualifiers among those unchartered teams.  There are currently 38 Sprint Cup teams expected to attempt the full 36-race schedule this year.

“The new Charter program strengthens each of our businesses individually and the team model as a whole, which is good for NASCAR, our fans, drivers, sponsors and the thousands of people who we employ,” Rob Kauffman, co-owner of Chip Ganassi Racing and president of the Race Team Alliance, said in a NASCAR press release Tuesday. “This will give us more stability and predictability, and it will allow us to take a more progressive, long-term approach to issues.

“NASCAR and the teams share a desire to preserve, promote and grow the sport and ultimately produce great racing for our fans and partners. These common goals served as the foundation for discussions and helped bring us to this unprecedented agreement. This is a great step forward for the entire sport made possible by Brian France setting a new course for the NASCAR industry and the owners coming together on shared issues. Everyone involved then compromised a bit to be able to come up with something that worked for all.”

NASCAR Chairman Brian France added, “The new team owner agreements will offer a more appealing environment for both current and prospective team owners at the NASCAR premier series level. I’ve always stressed that if we can do things to improve the business of our stakeholders, we will pursue it. I’m very proud of what we’ve accomplished today with this agreement.”

An announcement on how the system will affect the unique qualifying format for the upcoming Daytona 500 is expected later this week.

The Charter System At a Glance:

Teams NOT receiving charters at this time:

Well that should fix everything wrong with NASCAR.

It’s easy to see why Kaufman spearheaded this effort. While it may benefit a lot of others, he just had two worthless teams turn into cash. They could have just as easily said teams that ran the last two years and were fielding full time teams in 2016. That would have turned the defunct MWR teams back into worthless commodities. Now we know what the urgency was to get things in place prior to this season.

As with most things with NASCAR, the whole deal is kind of arbitrary even though they can justify the process with a set of (arbitrary) rules/conditions. Much like making rules up as to who gets to run in The Unlimited on Saturday… which seems to change every year to make sure the stars (and Danica) make it in regardless of how they ran the previous year.

On the grand scheme of things it doesn’t matter to me because I don’t care who wins, who goes home, or what goofy calls are made during the races. Uncommitted is the only way to be a (casual) NASCAR fan anymore.

Finally! Now they can run the credits at the end of each race! Complete listing of the main characters – the charter teams – and each episode’s “special guest appearance by” – the 4 non-charter teams!!!!!
Television reality show at its best!
Thank you NASCAR!

I can not see how the sport is planning to grow, by cutting down… nor by raising the barriers to entry.

They should focus less on squeezing every single dollar out of everything and rather focus on first growing the sport, then the revenue will follow.

I can blabber on for some time on this issue… but why bother?

What made stock car racing great in the past was a simple calculus: venues + personalities = on-track action. On-track action = fans in seats and tv audiences. Fans/audiences = ROI for sponsors.

If I were a marketing CEO would I risk multi-millions in nascar? Probably not. RTA’s golden ticket may well turn out to be iron pyrite aka fool’s gold.

Rob Kaufmann seems like a wolf in sheep’s clothing. This idea of his, seems very self serving $$$$ wise regarding MWR and I see him producing more of a negative impact on this sport in the future. Way to screw the hard working iconic, Wood Brothers, the most historical team running and they get the shaft. Jesus, what the hell is going on.

I agree with all comments here specially Bill B. Besides the fact Mr. Kauffman had his own interests at heart, why the heck would the other teams owners appoint him as the front man for this fiasco. He successfully took two semi-competitive teams, at one time three, and ran them out of business. Yeah that’s the guy I would hire to represent me. He may blame others at MWR but if he knew how to fix it he should have opened his mouth.
Amy please, in specifics as in dollars and cents, how is WRASCAR going to supplement the teams? You yourself say the majority of the team income will come from sponsorship. Do NFL, NBA, MLB, etc., teams rely on sponsorship? NOT!!! This benefits Mr. Kauffman and his crony Mr. France and the #19 and #41 and if I’m not mistaken the #21, who have been around a long time, dropping monies they could use to improve. GOOD JOB gang. Glad I had the opportunity to experience and be a part of NASCAR before it became WRASCAR and happy I got out when I did.