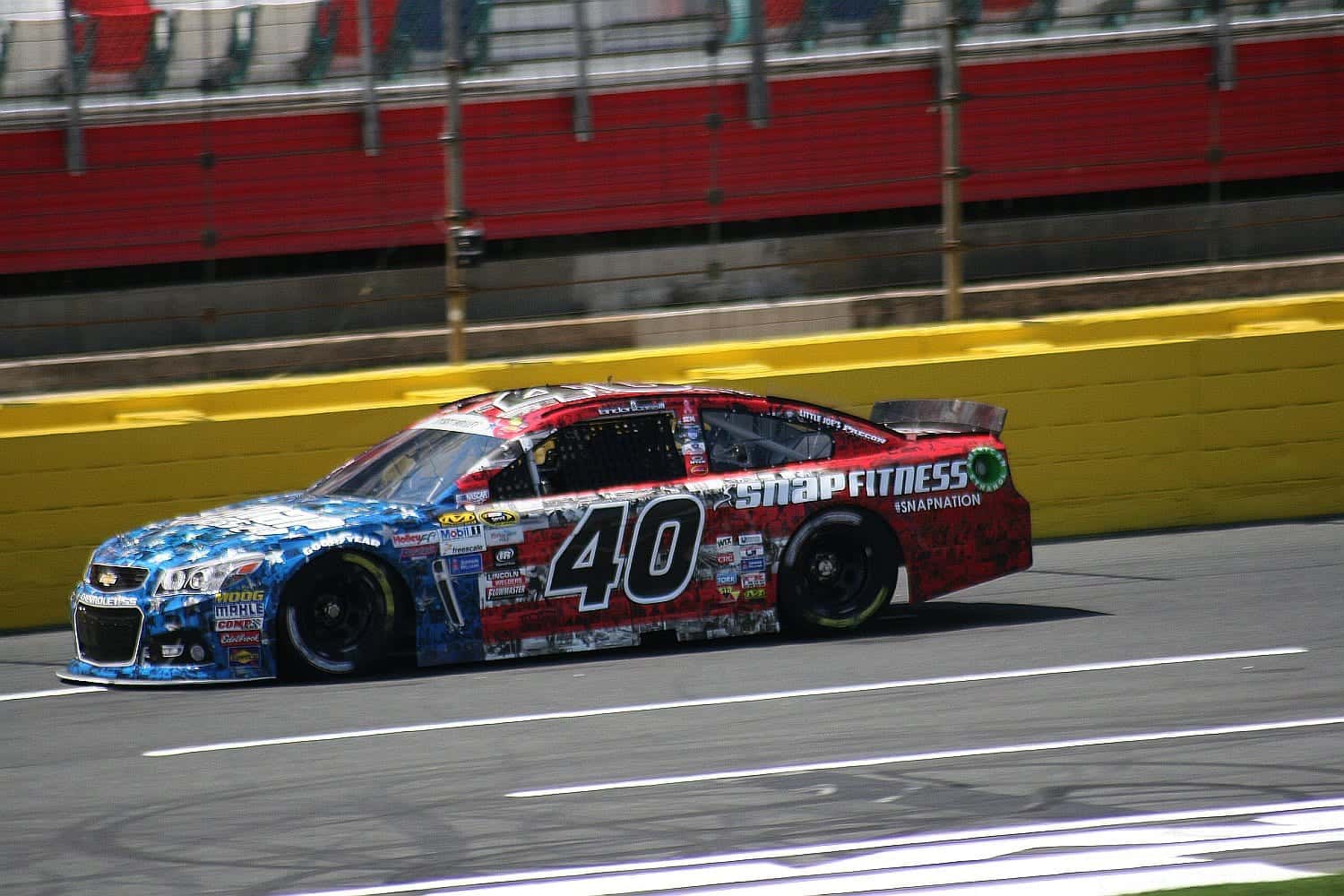 Carl Edwards’ win at Charlotte Motor Speedway on Sunday night was a result of choices. Crew Chief Darian Grubb elected to keep the JGR No. 19 out and stretch their fuel mileage past the expected 55-lap pit window. Over the closing laps, Carl lifted off the gas just enough to stay out in front of his former teammate Greg Biffle, and when all was said and done their gamble paid off. Carl executed his signature backflip, chose to share the moment in the grandstands and did not forget that one other person was part of their team for this day: Seaman Lynn A. Thrasher, who served during World War II defending the free world from the evils running rampant in Germany and Japan.

We often speak of sacrifice on days where we honor our military. We include words such as protecting our freedom. Freedom to do such things like spend the entire Sunday before Memorial Day watching auto racing, firing up the barbeque and popping open a beer. We don’t think for a moment of the vast infrastructure that supplies endless electricity, natural gas or even a steady supply of grain that can be brewed into a recreational beverage. Our nation’s wealth and security has been obtained truly by the sacrifice of the men and women who have served our nation over the past 240 years.

So we place the names of young men like Seaman Thrasher on the windshield of a Sprint Cup car. But have we thought that though his body and mind was harmed during the war, was his participation one of choice?

It is this crucial part of service that is often dismissed during ceremonies. Throughout history, nations have pressed the youth of their country into the military, taking their young adulthood from them, and in some cases, their lives. We like to speak of heroic deeds where the soldier chose to jump in front of a machine gun emplacement, saving his comrades in arms at the cost of his personal welfare. But arriving at that moment may not have been his choice. It was a true reflection of the ultimate measure of the man, even if the circumstances were not of his making.

It is the lack of choice that Memorial Day is truly for. Not whether the sailor volunteered to stand for his nation in times of strife, but what their actions were when the final decisions had to be made. We must never forget that as a nation, as the free people who remained behind secure in their houses, we sent the hearts of our homes across the seas to stand before those that would do us harm.  We gave the soldiers the physical means to stop the evil and then asked them to use the weaponry, whatever the cost to their livelihoods might be. And they did.

Even in the present day of the unending war against terror, in our safe white-washed world, we call it service. Ultimately, it is sacrifice. Just about every day our alarm clocks go off, we climb in a silver sedan and report to work where we complain of stress if a memo is not completed on time, a soldier is standing in a distant land. His personal armor and weapon are all that remains between him and somebody who is bent on changing our way of life back in the USA. He will have choices placed before him—should he pull the trigger?

Back at home, we stare into the freezer and wonder if we ought to have hamburgers or spaghetti tonight. What a simple freedom that is, and so precious.

Memorial Day has come and gone, but the service we silently rely upon to keep us safe hasn’t. The men and women of the Army, Air Force, Marines, Navy, Coast Guard and National Guard remain on duty. They arrived at their posts through a wide array of choices. It is now your responsibility as a US Citizen to support everything they gave up in order to provide you your way of life. A responsibility that requires you to choose to accept it. I hope you will.

Find out about all the service men and women that rode along on the windshields of your NASCAR heroes by clicking here: http://www.nascar.com/en_us/news-media/gallery/2015/5/18/honor-and-remember-600-miles-of-remembrance-coca-cola-600-soldiers-service-members.html#NASCARcollage2slide

How is it that you can win 10 races in a single year, and not win the Winston Cup? When your teammate was Terry Labonte. The beginnings of Hendrick Dominance truly came to the fore in ’96, with both the No. 24 and No. 5 teams absolutely crushing the competition throughout the season. We’ve become accustomed to that in the past decade, haven’t we? However, the attached youtube is not just about the Rainbow Warriors stealing the hardware, we’ve got some classic Jimmy Spencer moves in there as well. Great for a chuckle!