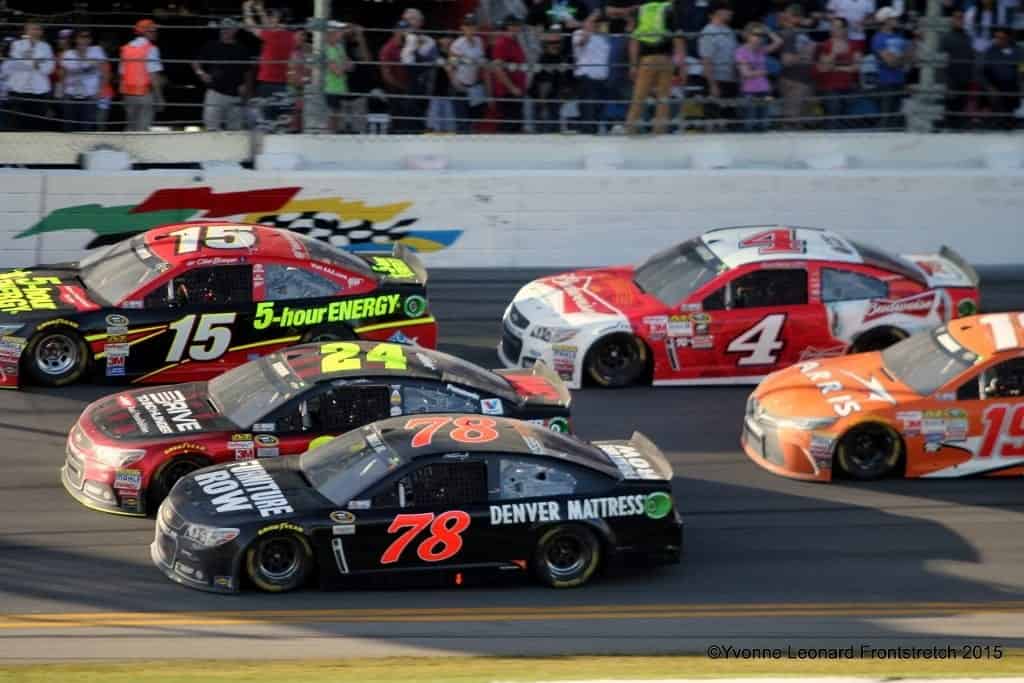 Following its announcement of the new charter system for the NASCAR Sprint Cup Series beginning in 2016, NASCAR has revealed new procedures for Daytona 500 qualifying as it pertains to the system as well as the decreased 40-car field.

Should the fastest non-charter qualifier also end up the top finisher in his or her duel race, the spot will go to the next fastest driver in the pole qualifying round not already in the field.

The rest of the procedure for setting the field for the Daytona 500 remains unchanged; while the front row of the race will be determined by pole qualifying on Sunday, the rest of the starting grid will follow from finishing positions in the Can-Am Duels.

Additionally, NASCAR announced the implementation of an overtime line for green-white-checkered finishes. The positioning of the line will vary per track, but the gist remains the same: If a restart occurs and the leader of the race has not yet passed the overtime line when another caution flies, the restart will not count and will be attempted again until a restart that includes the passing of the overtime line has been achieved.

If a caution flag is flown after the leader passes the overtime line on a green-white-checkered finish, the race will end.

Finally, NASCAR revealed the new point system for the Sprint Cup Series following the decrease from a 43-car field to just 40 cars. In each race, the race winner will be awarded 40 points toward the championship (if eligible), and so on until 40th place, which will be awarded one point. Bonus points for the winner and lap leaders will be added to these totals as usual.

For more information on the rule changes, visit NASCAR.com.

Each rule change is a worse joke than the one before it. No one is laughing.

“NASCAR announced the implementation of an overtime line for green-white-checkered finishes”… this should be known as “The Kevin Harvick Rule”. :)

Someone please explain to me why the Twin 150s are even being run anymore (beside the obvious revenue they generate).

Bill, if you would read carefully you would have read that the twins are historical going back to the day when BZF was just a little bitty suckling baby. History is the cornerstone of NASCAR unless it’s not profitable. It’s certainly not integrity as BZF touts. Damn it to Rockingham, I think I just supported your “revenue they generate” point.
This Kevin Harvick rule is just another stupid byproduct of caution flag diarrhea, GWC and double file restarts. Although not stated in this article it should be noted that the new rule is retroactive to the 2015 Hardick fiasco and going forward it will be enforced at the discretion of the NASCAR production team on an as needed basis.

too many change for change sake is not good.

old folks like me can’t wrap their heads around all this new-fangled crap.