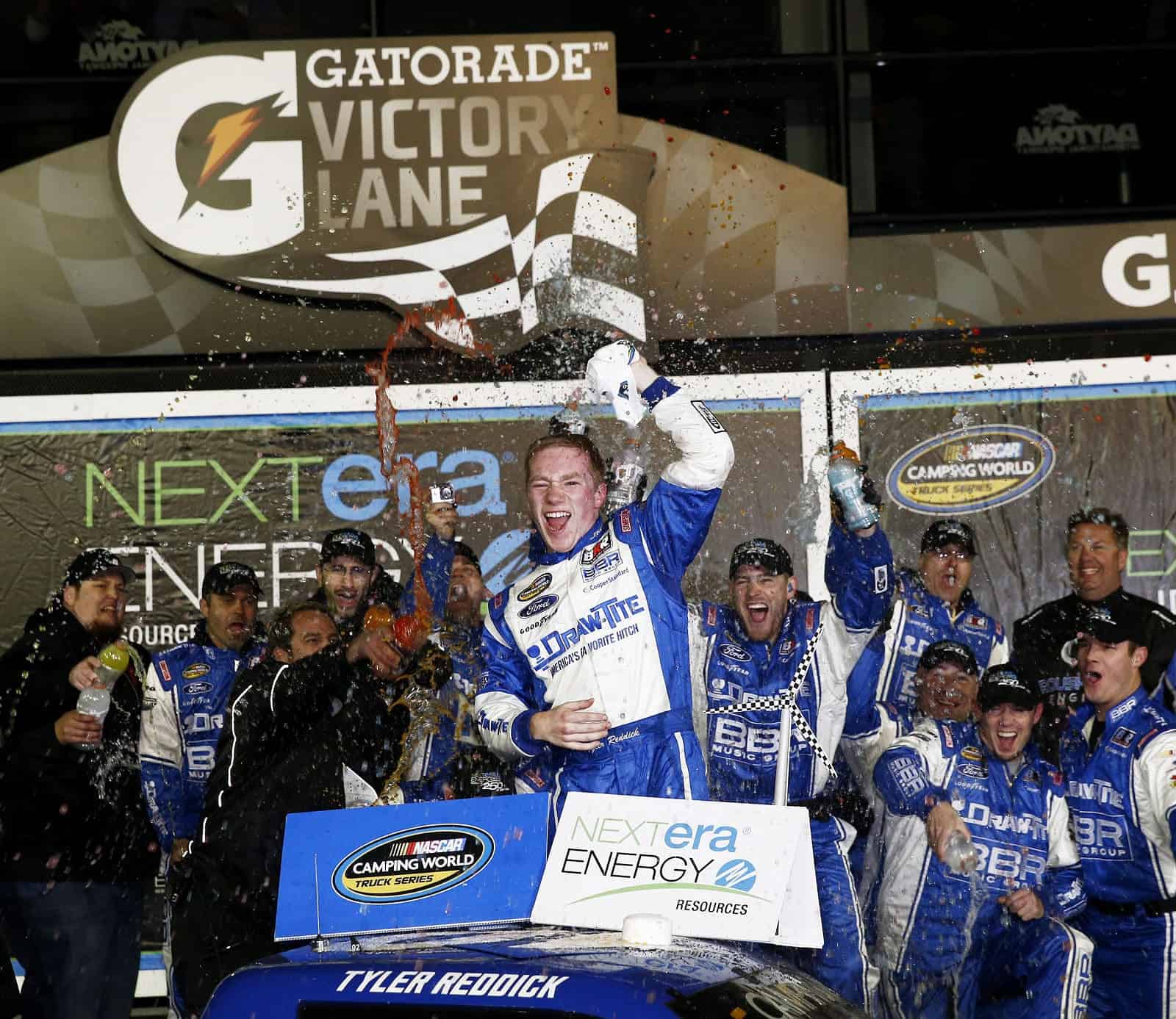 No, that number isn’t in regards to the former field size for the Sprint Cup Series. It’s the number of trucks entered for this weekend’s Camping World Truck Series NextEra Energy Resources 250 at Daytona International Speedway.

With only 32 positions available for the CWTS race this Friday, 11 trucks will go home following qualifying on Friday afternoon.

Reed Sorenson and Cole Whitt are the only drivers on the entry list planning to pull double duty in both the CWTS and Sprint Cup race this weekend. Sorenson will race the No. 63 for MB Motorsports and Whitt will pilot the No. 84 for Jay Robinson.

XFINITY Series drivers Daniel Suarez and Ryan Reed will also attempt the race, driving the No. 51 for Kyle Busch Motorsports and the No. 58 for Lira Motorsports, respectfully.

Also announced on the list is Empire Racing Group’s No. 43 to be driven by Austin Hill. The team is running in conjunction with Richard Petty Motorsports as part of that team’s driver development program.