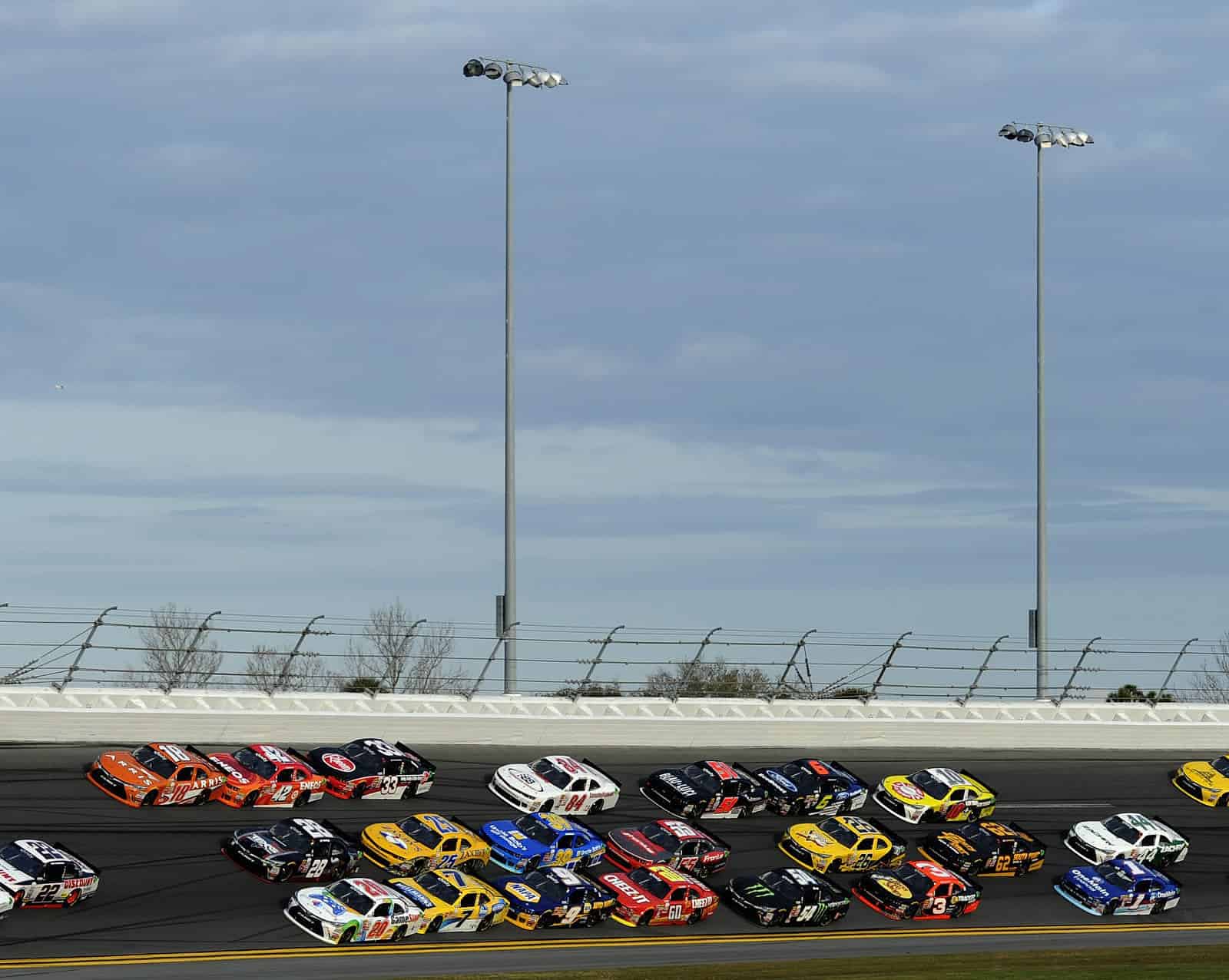 The 2016 NASCAR XFINITY Series season begins on Saturday with its opener at Daytona International Speedway. A win at Daytona is special for any driver, but with the addition of a Chase in NASCAR’s second-tier division, the season opener takes on a much greater importance for the series regulars. A win at Daytona would most likely guarantee the victor a spot in the Chase, and it could even pave the way for someone completely unexpected to qualify for the postseason; think Ryan Reed last year.

At Daytona, the draft is the great equalizer. As long as a team puts a car fast enough to run in the draft on the track, the driver behind stands a better chance of winning than they would at many of the other tracks on the schedule, where the difference in equipment is more pronounced. That said, the starting grid at Daytona is usually full of regulars from the Sprint Cup Series (this year that number stands at six), and beating those drivers has proven to be a tall order.

Since NASCAR’s consolidation of the modern XFINITY Series in 1982, there have been 34 300-mile Feb. races at Daytona. Of those races, only six were won by drivers who were series regulars in their respective seasons. Randy LaJoie accounts for three of those victories, and Chad Little won once. More recently, XFINITY regulars Regan Smith and Ryan Reed won the season-opening race at Daytona in 2014 and 2015, respectively, so it’s easy to believe the regulars could make it three in a row.

The big difference between past years and 2016 is that what happens at Daytona could have direct championship implications. Under a season-long championship format, Daytona was just the first event of a marathon run. If a driver did well or even won at Daytona, it was a feather in the team’s cap but not an assurance of future success. And on the flip side, if a driver suffered a bad finish there, it did not spell certain doom; there was a whole season left to recover. Under the elimination-style Chase format, the situation that Daytona presents is much different. All of the XFINITY regulars will go into that race knowing that an all but assured postseason berth is up for grabs, no matter what the rest of the season may bring.

To use Reed as an example, his Daytona victory was not just a big highlight; it was his only highlight of 2015. For the rest of the year, the 16 team was stuck in the mid-pack doldrums, and not even a crew chief change could help Reed break out of them. The Daytona victory was a big deal for Reed, but it did next to nothing for his championship hopes.

How might have Reed’s season looked different knowing that he would be a part of the Chase? Fans can – and will – debate the validity of the elimination-style Chase until they are blue in the face, and there is no guarantee that Reed’s performance would have substantially improved had he known that the Chase was coming. Yet instead of being long out of the championship conversation by the time September rolled around, Reed would have still had chance, albeit a small one.

A Daytona victory could bring someone totally unexpected into the championship picture and provide a great story to kick off the season. How cool would it be to see an XFINITY Series veteran like Jeremy Clements win his first race and qualify for the Chase? Perhaps Ross Chastain or Ryan Preece could notch a victory for owner Johnny Davis. There is also Jeb Burton, who just struck a last-minute deal with Richard Petty Motorsports earlier this week, and Blake Koch, who will be racing for a brand new team this season. All of those drivers would be facing long odds to win at Daytona, but a victory by any of them is not out of the realm of possibility.

Somebody is going to wind up in Victory Lane on Saturday at Daytona, and while I’m not convinced it won’t be a Cup driver, nobody knows for sure. There is always the slim possibility of an underdog win that could launch a new chapter in a driver’s career.

That is why they run the race, and it is one of the many reasons why we love Daytona.

Bryan, it is great to see you on Frontstretch! I have been following your blog for quite some time now, and I am excited to see any link from you on Jayski. Another great article as always. I can’t wait for Daytona; the new format will make it that much more exciting. I, too, hope that a Cup driver will not steal the show, so that drivers like Jeremy Clements (my favorite) can win.