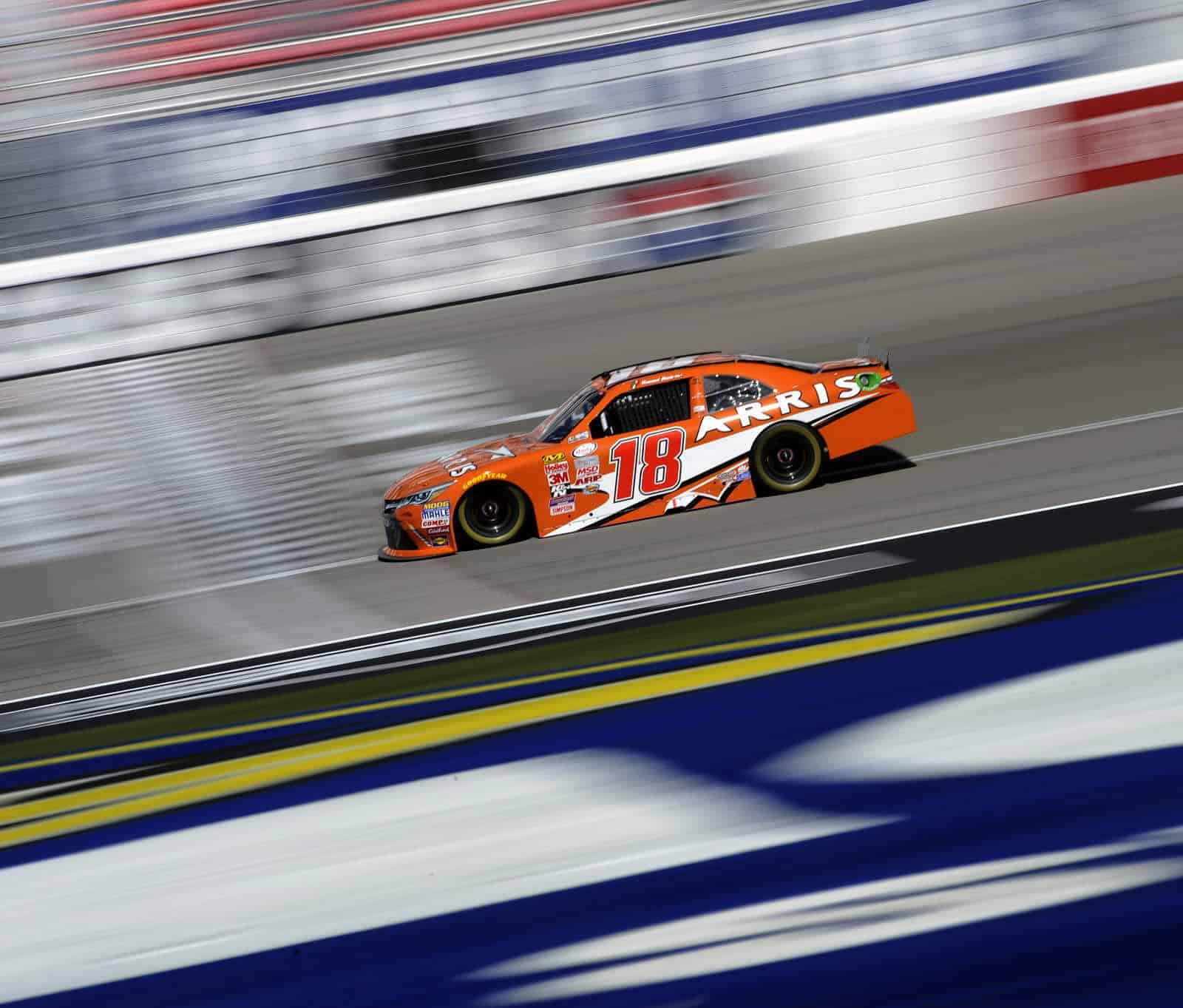 Joe Gibbs Racing was fastest in each of the three rounds of practice on Friday in the NASCAR XFINITY Series. Dominated by drivers Erik Jones, Daniel Suarez and Kyle Busch, the JGR Toyotas look to be the cars to beat heading into Saturday’s Heads Up Georgia 250 at the Atlanta Motor Speedway.

Jones led the way in the first of three practice sessions for the XFINITY Series on Friday morning. The No. 20 Toyota laid down a lap of 183.358 mph. just under a tenth of a second in front of his closest competition Ryan Reed.

Reed led the Roush Fenway Racing camp with a hot lap of just over 30.3 seconds. His RFR teammate Darrell Wallace, Jr. wound up 10th in the first practice.

Blake Koch was third quick. He is in his second race with Kaulig Racing, coming off of his first career top-10 finish.

Jeb Burton was fourth fastest in his newly assembled team with Richard Petty Motorsports. Ty Dillon rounded out the top 5, just under two tenths of a second behind Jones.

The top five drivers in the opening session were all XFINITY Series regulars, with the first Cup driver in sixth, Brad Keselowski.

Suarez led the field in the second practice at 181.902 mph. His Joe Gibbs Racing teammate Jones followed in his footsteps as he was second quick, over a tenth and a half behind the No. 19 car.

Brendan Gaughan finished third fastest, followed by Cup drivers Kyle Larson and Busch. Busch did not participate in the first practice as the XFINITY Series had over three hours of practice on Friday.

Jeremy Clements was ninth fastest, posting a fast lap for his underfunded team. Reed rounded out the top 10 after being second in the first session.

Kevin Harvick led the way in best 10 consecutive lap averages at a speed of 176.499 mph. The tire wear led to a drastic change as his fastest lap on the afternoon was close to 4 miles per hour faster than his average.

Much like the opening two sessions, Joe Gibbs Racing was at the top of the leader board in the final practice session on Friday. Jones recorded a lap of 181.467 mph early on and it was not to be defeated as he paced the entire session.

Just behind him was Busch, who ran 41 laps in preparation for Saturday’s 250-mile event. The No. 18 car was out on track until the bitter end trying to top Jones, but could not do it finishing just under a tenth of a second behind the No. 20 Toyota.

Dillon, Suarez and Larson rounded out the top 5 as the same cars were fast throughout all three round of practice. Keselowski slotted his car in sixth, much of where he ran all day on speed.

For the second consecutive practice, Harvick was fast on 10-lap runs. His teammate Justin Allgaier, along with Dillon, ran 57 laps, the most out of the 40-car field.

Qualifying will be held Saturday morning at 8:35 a.m. Last season, Harvick won the event from the eighth starting position.