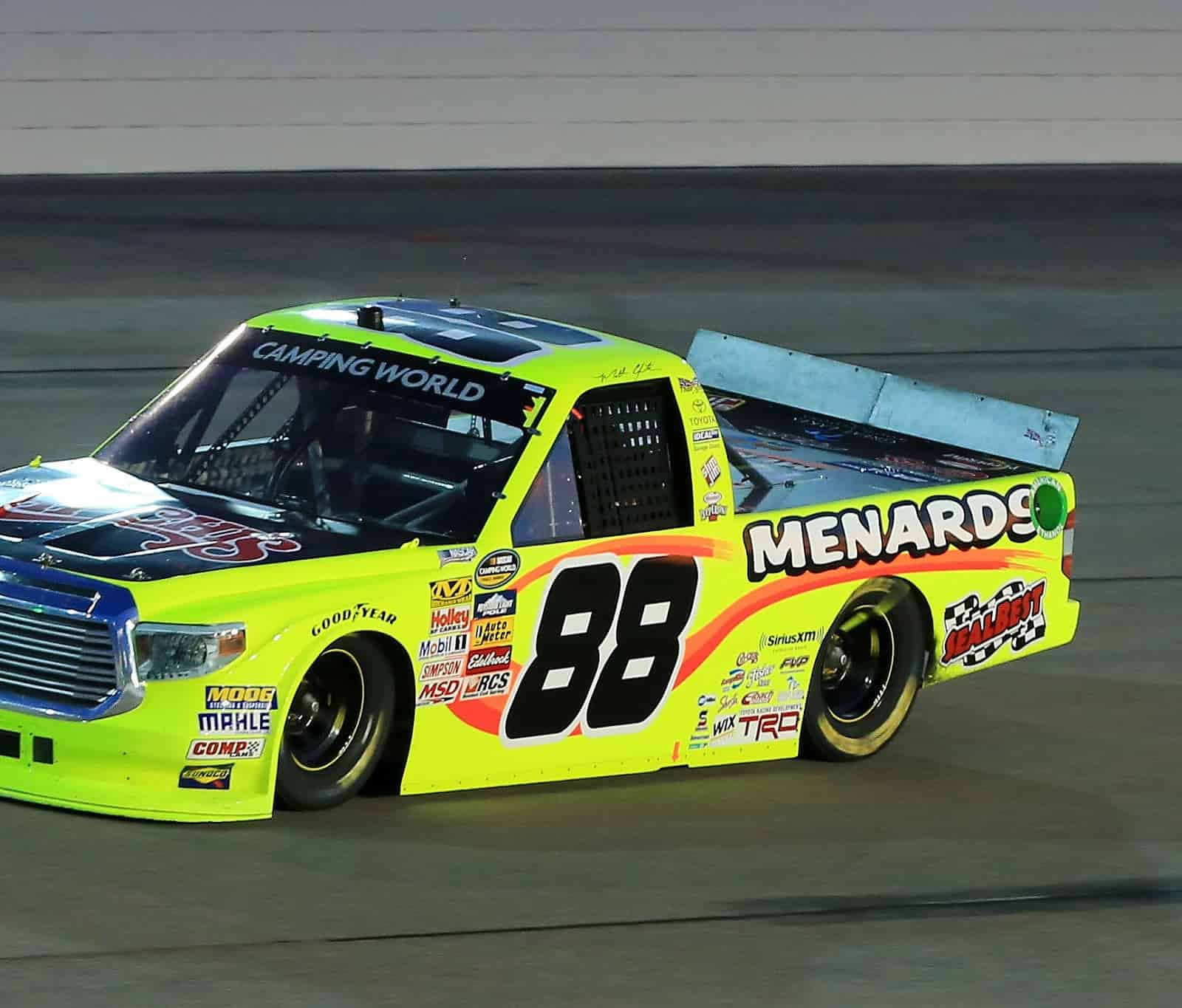 After the NASCAR XFINITY Series concludes at Atlanta Motor Speedway this afternoon, the Camping World Truck Series will strap in for its own race, and Matt Crafton will have the best view in the house coming to the green flag.

Speaking of Enfinger, he’s not far behind. After winning two of the three Friday practice sessions, his No. 33 for GMS Racing will start fourth.

John Wes Townley will start on the outside pole in his No. 05, while Christopher Bell starts third for Kyle Busch Motorsports’ No. 4.