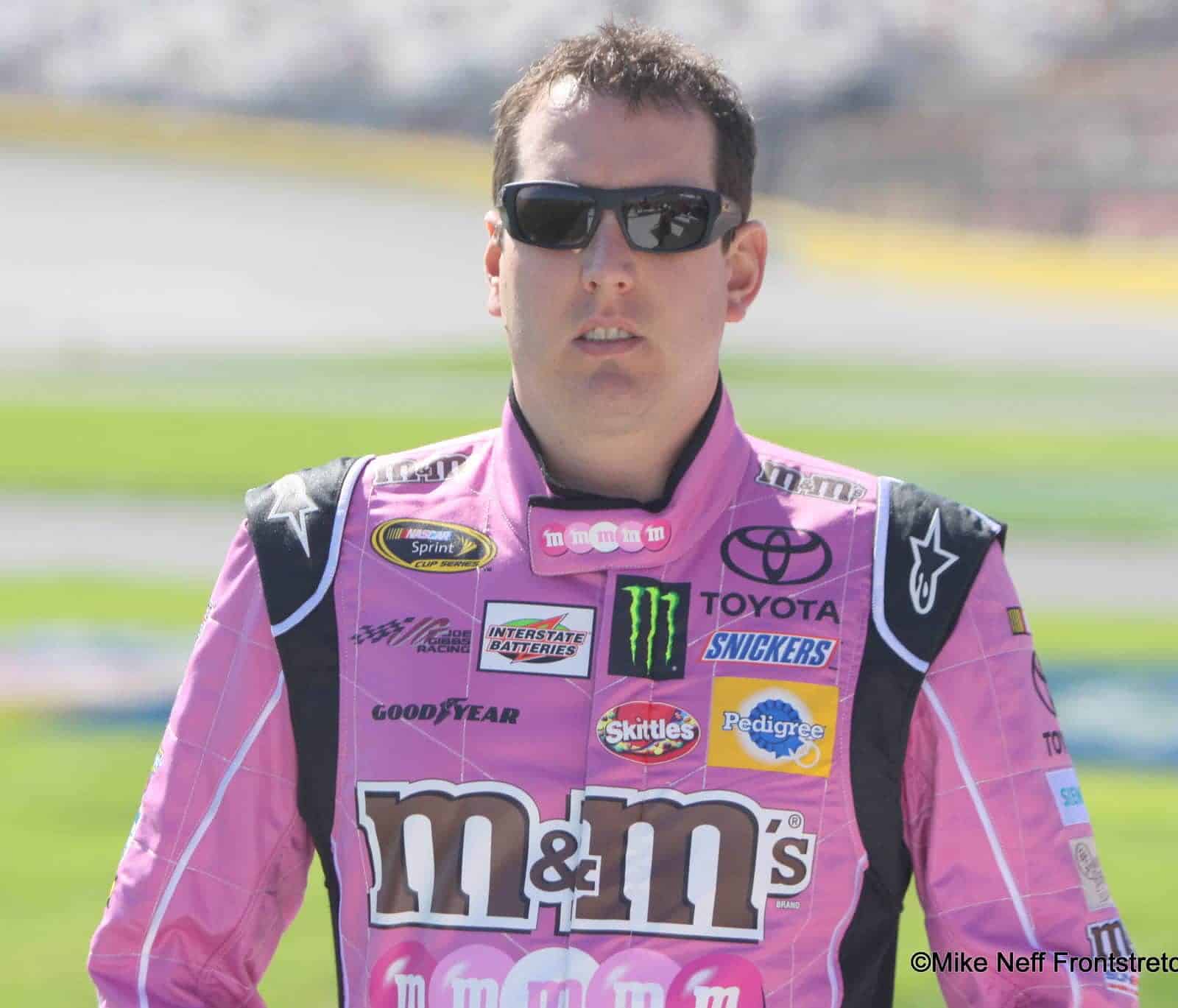 Cross another track off of Kyle Busch’s list. Stepping into the No. 18 car in NASCAR’s XFINITY Series for the first time this season, Busch started on the pole and led 119 of 163 laps en route to his first ever XFINITY Series victory at Atlanta Motor Speedway in the Heads Up Georgia 250. Holding off a late charge from Kyle Larson, he claimed his 77th overall XFINITY Series win.

Larson had a better car than Busch over the long run, demonstrating his strength during a lengthy green flag stretch in the middle of the race by cutting into Busch’s big lead. He did the same thing over the final 36-lap run, eating into Busch’s advantage by running the high line in Turns 1 and 2. However, lapped cars stalled Larson’s momentum on a few occasions, preventing him from getting to Busch before the checkered flag flew.

“I actually thought that last run was going to be too long for our car,” Busch said from victory lane. “Lapped traffic, you know, you’re trying to figure it out, they were really nice to me, I think they screwed him up a couple times.”

Larson took the loss in stride.

As the two Kyles battled for victory at the end of the race, their competition was forced to play catch-up after falling behind earlier. Kevin Harvick, who was seeking his fourth consecutive XFINITY Series victory at Atlanta, was forced to pit twice within 10 laps for issues related to tire wear and overheating. The unscheduled pit stops left Harvick two laps down, and he was only able to make up one, ultimately finishing 12th.

Meanwhile, Brad Keselowski led 28 laps over the first half of the race and looked as if he could challenge Busch for the victory. But when Keselowski came to pit road on Lap 100, the No. 22 team’s air hose got stuck in a crack in the pit road wall, slowing down Keselowski’s stop. He was never able to catch up and crossed the finish line in sixth.

Elliott Sadler finished ninth after an up and down afternoon, taking a wave-around late in the race to get back on the lead lap. He maintains his lead in the XFINITY points standings by three over Daniel Suarez.

Erik Jones had a nice recovery after an early issue. Jones, who started second, was penalized for beating Busch to the start-finish line at the beginning of the race. He served his penalty and managed to stay on the lead lap until a caution came out a few circuits later. The young racer slowly worked his way forward from that moment on, fighting back to finish third. Jones was the highest-finishing XFINITY Series regular and rebounded nicely after a disappointing race at Daytona.

Darrell Wallace, Jr. finished 18th after starting the race in the same position, so his day was far from a disaster. Yet he had a much better run going before he got hit on pit road by Josh Reaume, sending the No. 6 car sliding toward the infield. The time that Wallace lost on pit road as a result took him out of contention. Later in the race, he blew a tire, which made his day go from bad to worse.

Poor David Starr barely got to race at all. He brought out the first caution when the engine in his No. 44 Toyota failed. He only completed seven laps and ended his day in 39th.

Things went much better for Jeb Burton at Atlanta than they did at Daytona. He ran up in the top five during the race and wheeled his Richard Petty Motorsports Ford to a 10th-place finish.

Busch, Larson, Harvick, Keselowski, and Paul Menard all finished in the top 12. Menard had a strong and steady performance, finishing in fourth. Menard’s teammate, series regular Ty Dillon, finished just behind him in fifth. Dillon will drive the No. 14 car in Sunday’s Sprint Cup race in place of Tony Stewart.

“It certainly means a lot, just to accomplish some of my goals that I have in racing.” – Kyle Busch, who won his first XFINITY race at Atlanta in his 12th start at the track.

“(I’m) really excited about all the mile and a halves that I’ll get to run later on this year. These are new cars built at Chip Ganassi Racing, and ever since we built new ones we’ve been fast.” – Kyle Larson, second place finisher.

“We started off a little off and got two laps down there. It was a battle with these short XFINITY races, but our Rheem Chevy was dialed in there at the end.” – Ty Dillon on fighting back to a fifth place finish

This race was a lesson in what sets Atlanta apart from the other intermediate tracks in NASCAR. Drivers would often slide through corners, and tires played a major role in who was moving forward or backward through the field. Atlanta Motor Speedway will have to be repaved sooner or later, but hopefully that day does not come any time soon. Atlanta’s tire-grinding surface is a treat for drivers and fans alike.

However, Saturday’s race offered up plenty of ammunition for those who suggest that the XFINITY Series is merely a “Sprint Cup Lite” division. While the field was not packed with Sprint Cup regulars, the racers from NASCAR’s top series were the dominant forces of the day, to nobody’s surprise. XFINITY regulars led only 16 laps combined, one by Burton and 15 by Justin Allgaier, who finished eighth. It did not help matters that Busch set a torrid pace. There were only nine drivers on the lead lap at one point, keeping the number of contenders for the win relatively low. As the season progresses, it will be interesting to see which XFINITY regulars emerge from the pack and begin challenging the Cup drivers for victories.

Why don’t Kyle Busch just step down and run all 33 races in the XFINITY Series he would probably win them all. He has nothing to prove in that series, we know he can dominate in those races and it makes them XFINITY races hard to watch. VERY BORING RACES…..

That’s exactly what I wish would happen to show what a joke this series has become. Win every darn one of them Kyle!! The idiots running things thought that taking away the egomaniac cup drivers’ points and ability to dominate championships would matter. It hasn’t. They’re still there stinking it up. Now days they don’t even pretend they would like to stop the cup drivers from ruining the show.

Why would a cup veteran and champion still have bucket list races from lower series to cherry pick? That’s like Tom Brady saying, “Oh I would sure love to go and beat Notre Dame next week”. Just ridiculous! When is enough enough for these egomaniacs? And another thing, why do people even pay to see this crap? Cup driver a beats cup driver b, and finishing third is cup driver c, etc etc. What a total sham this series has become.

Two Weeks In, Both Races Won By Cup Series Drivers.

Again like I have said before KEEP CUP DRIVERS OUT OF THE SERIES…….

Cup Drivers have led 250 Laps of 283 Laps ran so far. That tells me a XFINITY DRIVER DON’T STAND A CHANCE…

What does Kyle Busch have to prove any more in the Xfinity Series, WE KNOW HE CAN WIN IN THAT SERIES….