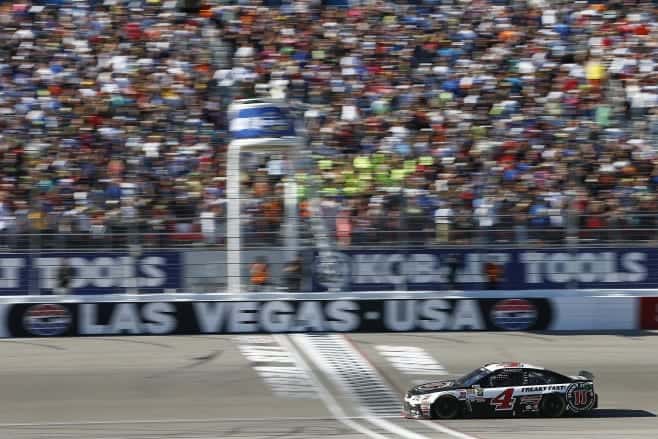 Once again, the Sprint Cup Series will race with fewer than 40 cars on Sunday in the Kobalt 400 at Las Vegas Motor Speedway.

Thirty-nine cars are entered for the race, the third of the season and second consecutive race at a mile-and-a-half track. With six previous winners in the field, it looks as though the track’s streak of seven consecutive different winners is in jeopardy of being broken.

Brian Vickers will return to the No. 14 after a one-week hiatus. Vickers drove the Stewart-Haas Racing machine to a 26th-place finish in the Daytona 500 while substituting for the inured Tony Stewart. Ty Dillon drove the car last week in Atlanta.

Three non-charter teams are entered: Ryan Blaney in the No. 21, Josh Wise in the No. 30 and Cole Whitt in the No. 96. All three will make the race due to the short field.

The Sprint Cup cars will take to the track on Friday at 1:30 p.m. ET with qualifying the same day at 7:45. Opening ceremonies for the race will take place at 3:30 p.m. EST on Sunday. Kevin Harvick is the defending race winner.

Doesn’t Brian pay a penalty if there isn’t a full field of cars? He’ll find a way to get the money back.