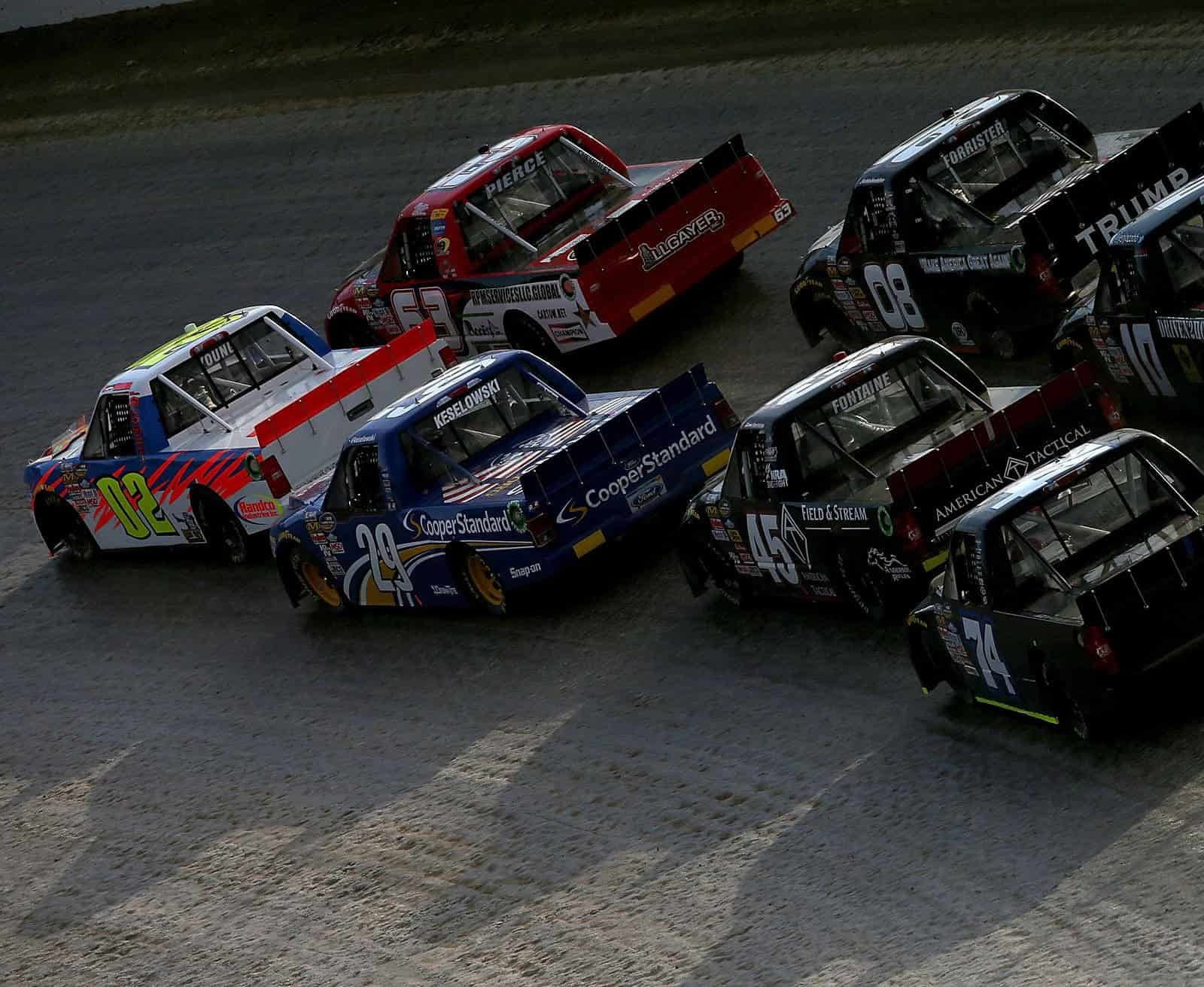 So, who are you voting for?!

OK, no need to actually let us know. But you can probably find out other NASCAR fans’ opinions on the matter if you search the comment sections of news articles on NASCAR CEO Brian France’s very public endorsement of presidential hopeful Donald Trump at a rally earlier this week. France was joined by drivers David Ragan, Chase Elliott and Ryan Newman, plus past champion Bill Elliott, in throwing his support behind Trump, who emerged as an even more potent frontrunner for the Republican nomination for president following multiple wins during Super Tuesday’s primaries and caucuses.

Of course, this isn’t the first time Trump and NASCAR have been included in the same headline in the past year. Last year, one of the entries in the Camping World Truck Series famously ran a Trump for President scheme — unprompted by Trump, naturally; the driver simply wanted to show his support, even in the campaign’s infancy.

And it’s not the only one. In NASCAR history, multiple teams have featured ads for presidential campaigns on their hoods, bumpers, sides, you name it.

Maybe you’ll remember some of them, maybe not. Either way, let’s run down a few of the more recent examples.

The multi-time presidential candidate (remember when he was part of the crowd for a brief time this campaign cycle?) found his way onto Front Row Motorsports’ No. 26 entry in the 2012 Daytona 500, driven by Tony Raines. Santorum’s decals remained with the team for the next two races (Phoenix with David Gilliland’s No. 38 and Las Vegas with David Ragan’s No. 34) before the former senator suspended his campaign entirely a month later.

Korbin Forrister snagged quite the buzz amid the cacophony of the Camping World Truck Series’ annual Mudsummer Classic at Eldora Speedway due to his No. 08’s endorsement of the business magnate, then considered by many to be mounting a run at the presidency that was either a joke or bound to end in third-party candidacy. My, how times change. Trump adorned Forrister’s truck for seven races overall, with a best finish of 18th in Canada.

In 2004, Kirk Shelmerdine’s underfunded, sometimes-start-and-park No. 72 capped off the Cup Series season with a handful of entries singing the praises of incumbent candidate George W. Bush. Hey, unlike Front Row Motorsports’ Santorum ride (though it remains to be seen for Forrister’s Trump trucks), at least his candidate ended up winning. The secret behind Bush’s victory over John Kerry: Dale Earnhardt’s former crew chief-turned-NASCAR driver? Sure, why not?

Roush Fenway Racing got into the election spirit in 2003, when its No. 50 in the Truck Series, driven by Jon Wood, carried logos for Bob Graham, former Florida governor and senator. Graham, a rare Democrat on this list, quite possibly received some of the best exposure of anyone in this group: Wood won two races with Graham sponsorship, at Kansas and Martinsville speedways. Well, except, you know, he dropped out of the race even before the first primary or caucus.

Guys; can we get Kevin Rutherford a Dave Despain bobble-head?