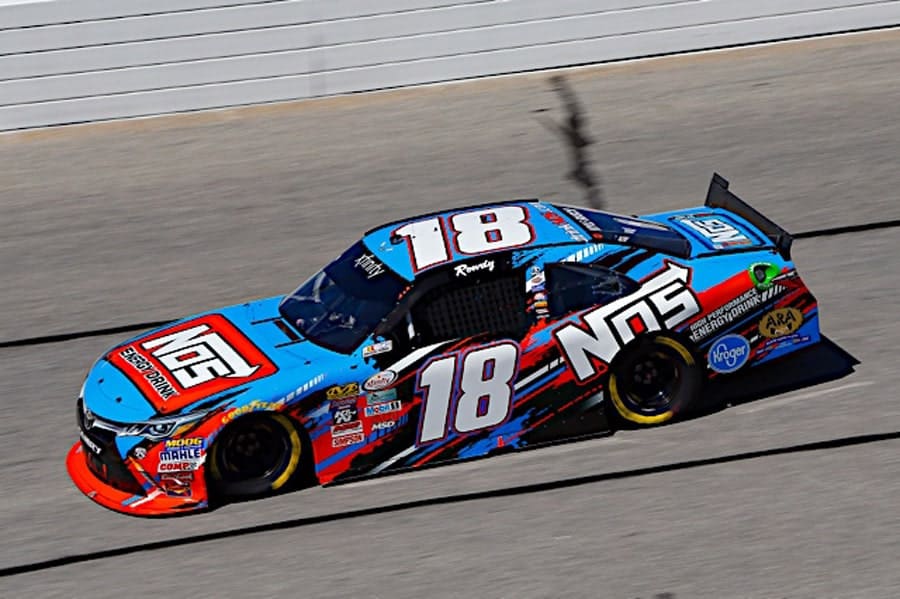 Looking for a team to beat on Saturday? Keep an eye on Joe Gibbs Racing.

JGR topped both NASCAR Xfinity Series practice sessions on Friday, putting the Toyota teams of Kyle Busch, Erik Jones, and Daniel Suarez in good position to give the team its first Las Vegas victory in the Xfinity Series on Saturday.

Although the RCR cars of Brendan Gaughan, Brandon Jones, and Austin Dillon stayed in the top three for much of the first hour-and-a-half practice session, they ended up behind two JGR Toyotas.

Jones ended up topping the session with a 183.094-mph lap. Suarez was only three hundredths of a second behind in second.

Gaughan ended up third, while Jones and Dillon rounded out the top 5 in fourth and fifth respectively

A red flag came out with fifteen minutes to go after long time NASCAR veteran Derrike Cope (34th in practice) slammed the wall in turn four. Although Cope was able to walk away, the incident heavily damaged his No. 70 Chevrolet. The track was cleaned up and the track went green with a little under eight minutes remaining.

Jones ended the day third after running 44 laps in the session, second to only fellow rookie Brandon Jones, who ended the session in fifth after 45 laps. Suarez slotted in between the unrelated Jones sandwich in fourth.

Justin Marks ended a nice practice in sixth while Blake Koch improved to seventh after being 19th in the first practice session.

After Busch, second to seventh were all Xfinity Series drivers. Austin Dillon broke the trend with a hot lap was good enough for eighth.