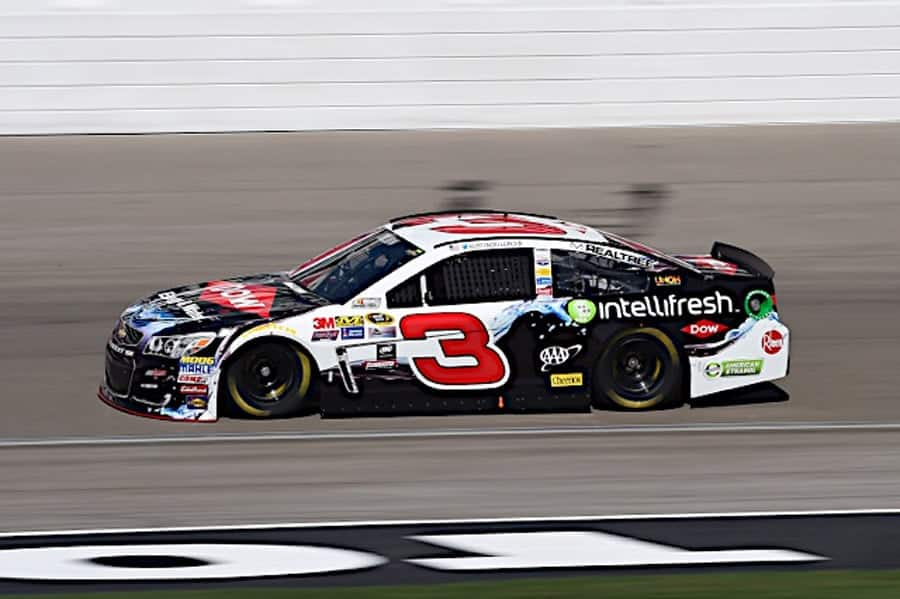 NASCAR blew through Las Vegas this past weekend, and we mean that in a literal just as much as a figurative sense. If you correctly predicted that Brad Keselowski was going to be the winner, you might have said the answer was blowin’ in the wind. Before and during the race, with flag poles bending and the nearly 50-mph gusts tossing anything not pinned down all about, you could have also said it doesn’t take a weatherman to know which way the wind blows as it blew crew members and others almost sideways with one hand holding on. Then, yes, near the end of the race, a dust storm blew through, making the trees look a bit haunted and frightened. And in those final few laps, yes, Keselowski rallied to pass Kyle Busch and leave him like dust in the wind.

HOT
It wasn’t the fact that Keselowski picked up a win; it’s how he did that was so impressive. Penalized for speeding on pit road in the final third of the race, but thanks at least somewhat to some key pit strategy (or not to pit strategy) by crew chief Paul Wolfe, Keselowski regained track position in the final 50 laps. And while Keselowski doesn’t come across in the media quite as brash as he used to (he’s matured and that’s a good thing), he is as determined as any driver out there. It showed when he ran Kyle Busch down with six laps to go to take the lead.

NOT
This is in no way of a criticism for the job that the camera operators do for FOX, but one place I absolutely would not have want to have been Sunday afternoon is on top of a roof, or on a camera stand about 30 feet up in the air with nothing around me. The camera people were apparently tethered so if a big gust came at the wrong time, they actually wouldn’t be blown away. It’s not an easy job to do on a regular day, and it is not a job I would have wanted to have on Sunday. I hope the FOX bosses give those people a bonus.

HOT
Sure there are still 33 of these things left this season, but it looked like the Penske-related Fords had something figured out. The Penske cars of Keselowski and Joey Logano finished 1-2 and Ryan Blaney, driving the Penske-affiliated Wood Brothers Ford, was sixth. A lot can and will happen when it comes to manufacturer results this season, but if the Penske Fords continue to show this strong, the Stewart-Haas move to Ford next season may seem like a stroke of genius.

NOT
It was another tough day for Kyle Larson. He actually had a respectable car Sunday as he was challenging to reach the top 10, but got caught in two accidents that left him five laps down in 34th place. It was last year when most (including me) believed it was just a matter of time before Larson would win a race. But now the talk is whether rookies Chase Elliott or Ryan Blaney will visit victory lane first.

HOT
And speaking of Blaney, the sixth-place finish was a real mature run by the rookie. Sure it helps to have a fast car (yes, just a little), but Blaney also didn’t take a lot of unnecessary chances. There were times when more experienced drivers (like Jimmie Johnson) were there to pass him and maybe were just a tick faster, and while Blaney didn’t just pull over and let them go, he did race responsibly to make sure he was around at the end. That led to a pretty good ending Sunday for the rookie.

NOT
It seems Kurt Busch has shown at least some maturation during the past year. Being suspended with the threat of never racing again might have aided that process. But he’s still has a little ways to go. When he got caught for speeding on pit road early in the race, Busch wanted to blame the equipment and the system, instead of just simply saying, “hey, I messed up, we’ve got plenty of time and we’ll get it back.” Let’s hope NASCAR keeps the pit road speed in the driver’s hands (as Jeff Gordon suggested), and not use an automatic button in the car like Busch suggested.

HOT
It’s true Kyle Busch has yet to win in these first three races, but he is well ahead of where he was last year at this time, rehabbing from an XFINITY Series accident at Daytona. Busch has three top-5 finishes in the first three races, so that’s not too shabby. He leads with 116 points, ahead of Jimmie Johnson’s 110, which is certainly nothing to be ashamed of.

HOT and NOT
Veteran crew chief Slugger Labbe, calling the signals for Austin Dillon, had his ups and downs Sunday. First, in the NOT so hot, category, he had called for a two-tire stop and then audibled to a four-tire stop. That caused that second of confusion for the pit crew and left Dillon in the middle of the pack when stops were completed. It was something the young Dillon was not too happy about. But later, Labbe had Dillon, along with Keselowski and Logano, stay out rather than come to pit road like almost everyone else did. The No. 3 regained track position and from there went on take fifth. So Labbe did get that one right at the most important time of the race.

Predictions
It’s pretty much impossible not to pick Kevin Harvick at Phoenix, so that is the pick this week. He’s won three of the last four times there and the other finish was a top 5. The deep sleeper super underdog pick this week is Jamie McMurray. I was a bit surprised to find that his average finish in the last four races at Phoenix was 10.25, which include a top 10 and a top-5 finish.