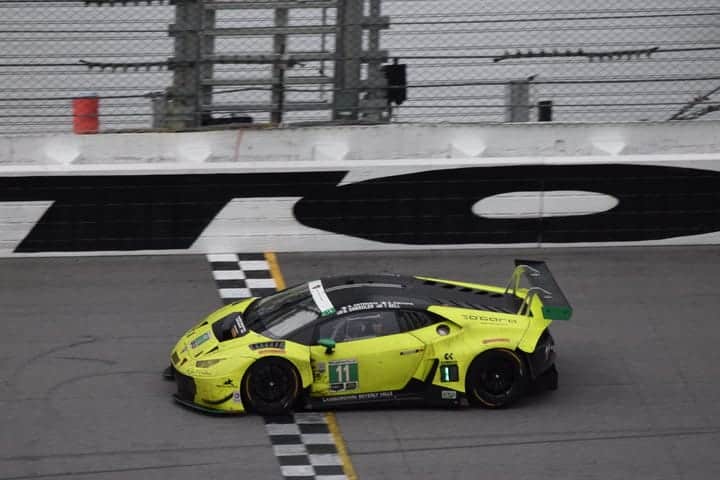 Recently, O’Gara Motorsport closed their doors after the Rolex 24.  The team explained at the time that external business issues for team owner Tom O’Gara, who owns high end car dealerships in Southern California, led to the decision.  That put full-season drivers Townsend Bell and Bill Sweedler out on their butts, searching for a new team to take them.

Multiple outlets are reporting that Bell and Sweedler have landed at North Carolina-based Change Racing.  There, Bell and Sweedler will race the No. 11 Lamborghini Huracan GT3 for the full season as teammates to Spencer Pumpelly and Corey Lewis in the Monster Energy/Pertamina-sponsored No. 16.  IMSA has already made note of the move as the team shows up on the official entry list for next week’s Mobil 1 12 Hours of Sebring as a Change Racing entry.  Bell’s personal sponsorship from Robert Graham, a high-end clothing and fragrance retailer, will follow Bell from O’Gara Motorsports to Change Racing.

Change Racing team owner Robby Benton is very happy to have Bell and Sweedler onboard for the rest of the year.

“Tom O’Gara is a close friend and I’m happy he turned to us to continue what he started. It took a tremendous amount of effort and planning for us to prepare and be ready for the move up to IMSA WeatherTech with our own team, but a lot of that work actually put us in a good position to be able to grow to a two-car team like this,” Benton said in a press release.  “To have the defending champions join us reflects well on our organization, and having guys of that caliber to build on a great driver roster that we have with Spencer (Pumpelly) and Corey (Lewis) puts us in a very advantageous position. Lamborghini has done an outstanding job to help us with this transition as we ramp up and we are very focused on executing and delivering all year long.”

For Sebring, Bell and Sweedler will be joined by Richard Antinucci.  Antinucci also drove for O’Gara Motorsport at Daytona and was very quick, turning in the fastest lap of the entire weekend in the GT-Daytona class.  In the Rolex 24, the O’Gara No. 11 was an early contender before problems put them out of the hunt.

The quick pace of O’Gara’s Motorsport’s No. 11 and most of the rest of the Lamborghini’s in Daytona led IMSA to impound all the Lamborghini engines after the Rolex 24 and take them back for testing.  Eventually, IMSA penalized all the Lamborghini teams the equivalent of a “Stop + 5 minute hold” after the cars were found to perform at a higher level than the data received by IMSA indicated that they would.  The No. 11 eventually was credited with a 15th-place finish in GT-Daytona as a result (they finished 14th on the road, but lost three laps as a result of the penalty).

For Bell and Sweedler, this is relatively familiar territory.  Back in 2014, they were part of the driving lineup for the No. 555 Ferrari 458 Italia from Level 5 Motorsports that won the GT-Daytona class in the Rolex 24 under somewhat questionable circumstances.  The team was planning to run the full season, but after Daytona, Scott Tucker decided to shutter the race team, leaving the two full-time drivers out of a ride.  At that time, AIM Autosport stepped up to take over the No. 555 so that Bell and Sweedler could finish the season.  That resulted in a second-place finish in GT-Daytona points.