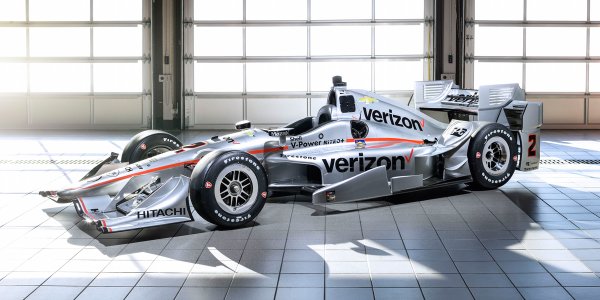 When the Verizon IndyCar Series heads to St. Petersburg, Florida this weekend, Juan Pablo Montoya and Will Power will roll onto the track with style.

Montoya and Power each revealed their new liveries for 2016 on social media Wednesday, just a handful of days before the season-opening Firestone Grand Prix of St. Petersburg.

The Team Penske teammates will run with similar silver schemes on their two machines with sponsorship from Verizon. Power’s No. 12 will contain orange numbers, while Montoya’s No. 2 will be black.

Check out these images of the @Verizon @Team_Penske cars for @JPMontoya, @12WillPower! #IndyCar pic.twitter.com/jhfaLWbc7J

The two teammates made headlines for good reasons and bad in 2015. They finished 1-2 in the 99th Running of the Indianapolis 500 in May, with Montoya holding off Power in the closing stages for the victory. However, they ended the season on a bad note, when contact between the two drivers led to a crash that and ultimately helped Scott Dixon complete a remarkable comeback to beat Montoya for the series championship.