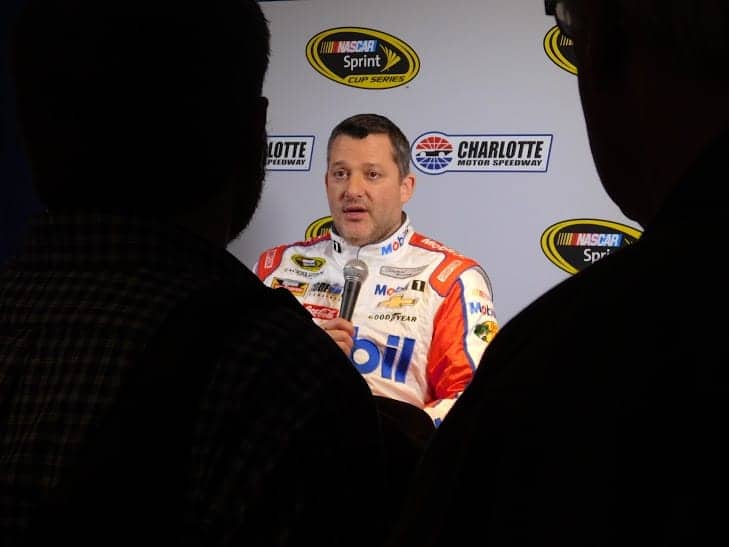 Smoke has begun to rise.

On Wednesday Stewart-Haas Racing released a medical update on Tony Stewart, team co-owner and driver of the No. 14 Chevrolet, and the prognosis is positive.

Stewart was involved in an ATV accident in late January that left him with a burst fracture of the L1 vertebra, forcing him out of the car indefinitely for the start of the 2016 NASCAR Sprint Cup season, planned as his last as a full-time Cup driver.

The team’s release stated that doctors have given Stewart the okay to begin a rehab program, a major step in Stewart’s road back to racing his car at the Cup level. And while no timetable has been set for Stewart’s return, it is rumored that Stewart hopes to repeat the path back to his car that Kyle Busch took last season after breaking his leg and foot in the XFINITY Series opener at Daytona.

Busch was back in the car by the time the Sprint All-Star Race in May, and he qualified for the Chase on the strength of four regular-season wins and a Chase waiver. He won the 2015 championship.

The team and Stewart’s doctors expect a full recovery for the three-time champion. The release stated that plans for an interim driver “have not been finalized,” but Stewart said last weekend in Las Vegas that Ty Dillon and Brian Vickers will split the ride until he returns.

Dillon will race any race where sponsor Bass Pro Shops was scheduled, while Vickers will run the rest.

Dillon will race the No. 14 this weekend at Phoenix.