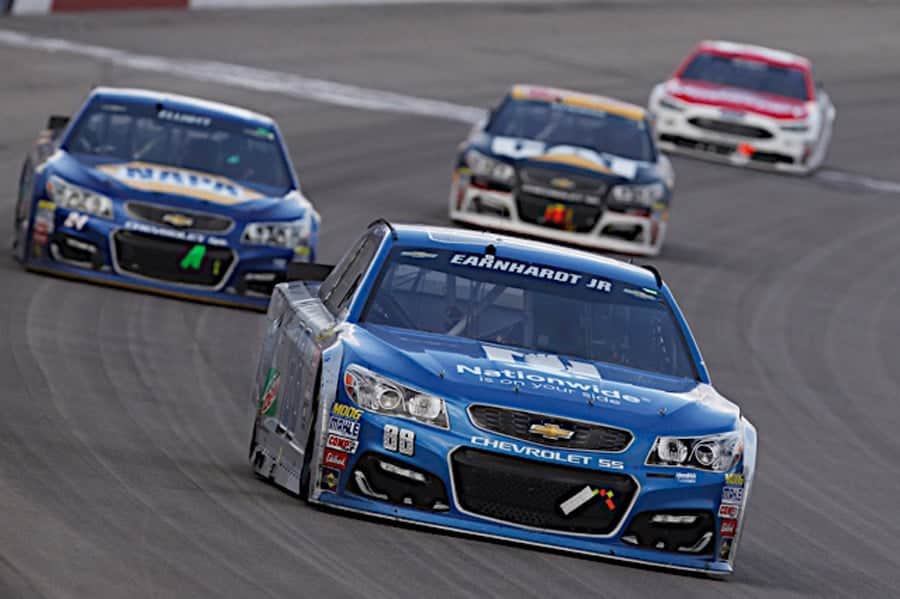 Things are looking up in NASCAR Sprint Cup’s 2016 season.  The racing is better than it has been in years so far (will that change as more teams figure out the new aero package?  There’s every reason to believe it will stay competitive).  TV ratings were higher for the third race of the year than the second, which pretty much never happens. A couple of youngsters are holding their own against the veterans.  It’s still too early to call the whole season the best one in a decade or more (and the Chase could still knock down the house of cards), but all in all, it’s going to be worth watching.

There are, however, a few things I think about, because commentary surrounding them is troubling.  Call them myths, misunderstandings, differences of opinion.  Whatever they are, they deserve a closer look as the season hits full stride, because they do make a difference in how we watch the sport.

Lack of money does not equal lack of talent.

I’ve said this before, and I will continue to say it because people continue to disparage certain drivers based only on the finishing position of an underfunded team in a hugely competitive series.  That’s incredibly easy to do, but it’s also incredibly off the mark.  A great driver in a car that’s woefully behind the competition isn’t going to often beat a fair driver in a better car in today’s NASCAR.  That’s unfortunate, but it’s the truth.

A reader commented on a column earlier this week something to the tune of with all the young talent in the sport, it’s a shame that fans are stuck with the likes of drivers like Landon Cassill and Matt DiBenedetto, among others.  Really?  Both Cassill and DiBenedetto are exceptionally talented drivers. Granted, they’ve not had much opportunity to showcase that in NASCAR, but more than a cursory glance at the way they approach races and what they have really gotten out of their underfunded cars tells the real story.  DiBenedetto was beating veterans on short tracks at 15 or 16 and it wasn’t because he had tons of money; the equipment was more or less equal.

Sometimes, it’s about what a driver can do with his equipment that tells the real story. It’s about how they

It’s not all about racing in close packs.

Yet sometimes it seems that’s what viewers expect.  I know some of it stems from television coverage that is less than adequate, focusing on a few select drivers while the rest of the field — and some pretty darn exciting racing — is generally ignored.  Look at the last couple of races: Las Vegas featured a three-car battle for second down to the checkered flag, but the best fans saw was a replay after they saw Brad Keselowski running all by himself at the front.  Atlanta had cars two- and three-wide all day long, most of it for position, but you’d never know it from the broadcast.

Even so, there were a lot of complaints about cars being strung out.  And yeah, sometimes they were, at least up front.  But that’s they way it has been on the tracks bigger than a mile for many, many years.  Where today’s fan points to “only” a dozen cars on the lead a lap as evidence the racing isn’t exciting, there have been many races in the sport’s long and colorful history where a dozen would have been about ten more than there actually were. Short of moving all the races to superspeedways or short tracks, fields will get stretched out over the course of 500 miles because not every car is as fast as every other car.  That doesn’t necessarily mean the racing is terrible; this year, it isn’t.  A good driver in a faster car can catch and pass someone in a slower car.  That’s the goal, not to turn the sport into 36 Talladegas. Sure, there are still places to work, and hopefully those will be addressed as time goes on, but expectations seem a bit unrealistic, and that’s not going to help anything.

The talk of short fields and charters is also a bit puzzling.  One thing that has been overlooked is that NASCAR doesn’t consider 39 cars a short field — as long as there are 36 chartered teams at the track, the field is officially full.  But really, does the number of cars matter as much as the quality of the competition?

Consider this: the teams who consolidated and merged in the offseason to bring the field under 40 were those same teams fans are quick to disparage because they’re underfunded and aren’t competitive with the big teams. It ends up seeming contradictory: “All those no-talent backmarker teams and their drivers are so terrible, why do they even bother to show up?  Why aren’t they showing up?!”

It seems to me that it’s better for the sport, and by extension, its fans, to have a smaller group of competitive teams than a large group of teams that continue to muddle through and struggle year after year only to gain very little, if anything.  The charter system should, over time, help those smaller teams become more competitive so that in the future, they will produce more quality racing throughout the field.  If fans want more cars on the lead lap, there need to be cars capable of running on the lead lap.

I also don’t buy the argument about new owners not being able to get into the Cup Series. When was the last time a new owner came into the sport who had a really and truly competitive team?  If you look at Furniture Row Racing, there was hardly any overnight success; they scraped along for the better part of a decade before coming into their own among the sport’s elite.  The charter system will help teams on the verge of similar success (JTG Daugherty Racing and Germain Racing, for example) and it will help other teams reach the verge.  How is that not better than new teams coming and going, never really getting any better, and folding, only to be replaced by another exactly like them?

This is, perhaps, the one area where it is fair to compare NASCAR to stick-and-ball sports.  Football, baseball and basketball are not hurt in the least by a lack of new teams cropping up all over the place.  Imagine if any city could, on a whim, start a major-league baseball team and start playing on a limited budget?  They’d likely be a laughingstock, and probably for good reason, even if they did have some talented players.

Yeah, Wood Brothers Racing got the shaft in the charter system (I didn’t make it, and if I had a lot of people would be unhappy with me anyway because I’d have limited organizations to three charters with no option to buy, which would have made the No. 48 the odd man out instead of the No. 21), but that doesn’t mean it’s a bad system overall; a set group of teams whose value increases over time will make the racing itself better.

It’s time to stop focusing on how many drivers are in the race and pay more attention to how the ones who are in it are running.  If they are able to improve steadily in the next few years, the sport will be better off for it.

I have to agree, at least to some degree with every point except the one about the charters. I can’t see any way that anyone, regardless of the funding, would start up a new cup team.
That said does it matter to the fans whether some rich guy/gal can own a cup team? Probably not.

Quality over Quantity! That’s been said before. Too bad Brian hasn’t figured that out yet.

One point that I still haven’t heard mentioned. I think that Terry LaBonte is probably finished for Good. However, Bobby LaBonte keeps showing up.

Is the past champions provisional still in play?