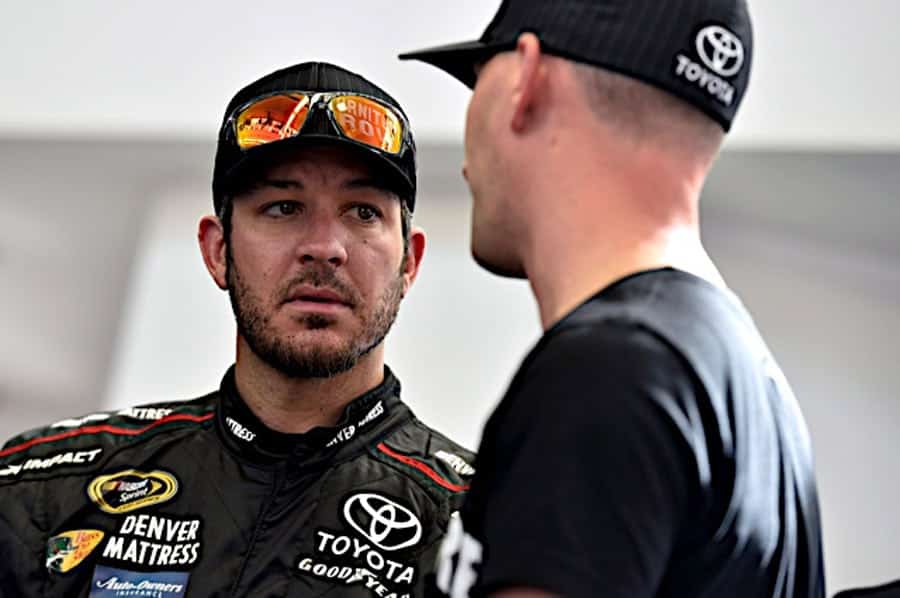 The No. 19 and 78 teams of Carl Edwards and Truex were both warned for failing pre-qualifying templates. The warning was the third in three weeks for FRR, crew chief Cole Pearn and the rest of the No. 78 team.

Pearn will not be at the track this weekend at Phoenix. He will be serving a one-race suspension for multiple roof flap issues at Daytona and Atlanta. Todd Berrier will chief the car in Pearn’s absence.

The No. 31 team of Ryan Newman was warned for failing pre-race laser inspection.

The biggest penalty came in the form of an indefinite suspension for Christopher Jamieson, who violated NASCAR’s substance abuse policy. NASCAR did not say which team Jamieson competes for.

Wow, guess cause it Marty the guy they have been pushing for a zillion years with a whopping 3 wins, the media is silent. Any other team they would be screaming from the rooftops. lol.