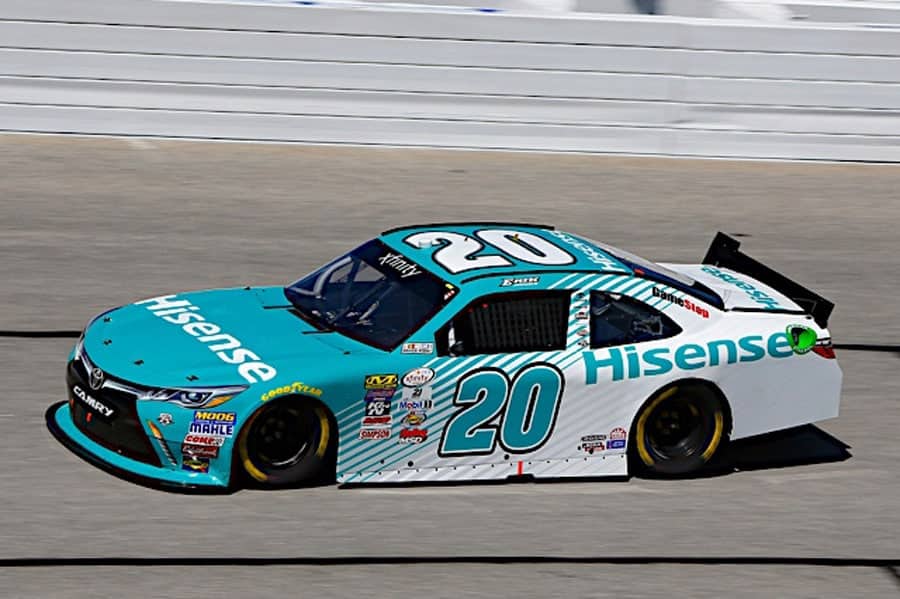 Erik Jones and Ty Dillon were fastest in the three XFINITY Series practices this weekend at Phoenix. Two things were evident in these practices. The first was that, although the Richard Childress Racing Chevrolets are fast on shorter runs, they are not nearly as fast on longer runs as the Joe Gibbs Racing Toyotas.

The other thing evident is that said JGR Toyotas are going to again be the dominant team this week, with everybody else fighting for second. They may not win the pole but it would not be surprising to see another podium sweep in the race as was the case last week.

Jones was the fastest in this morning session, putting in a lap at 134.128 mph. Dillon was second and only a little behind at 133.924 mph. The time difference was only four hundredths of a second. Ryan Sieg, who has a best finish of 14th at Phoenix, started the weekend off fast in third. Brad Keselowski and Blake Koch rounded out the top 5 respectively.

Thirty minutes into this practice session Brennan Poole spun into the entrance of pit road. The accident brought out a quick red flag but Poole’s car was undamaged. Poole continued on to finish the session eighth overall.

Eight drivers did not participate in this practice session, including last week’s winner at Las Vegas Kyle Busch, as most teams seemed focused on qualifying trim (Sieg only ran three laps). This was in stark contrast to the rest of the day, with most teams running lap numbers in the twenties and thirties. Full results can be found here.

Joe Gibbs Racing swept the top three in this session, led by Erik Jones at 134.053 mph. Daniel Suarez was second at 133.889 mph, while Busch was third at 132.861 mph. RCR wasn’t that far behind however, with drivers Dillon and Brendan Jones rounding out the top 5 respectively.

During the session, Ray Black Jr. pounded the outside wall hard in turn three and brought out a red flag. Black Jr. will go to a back-up car tomorrow as he competes in just his fifth XFINITY Series race and first at Phoenix.

Erik Jones also posted the best ten lap average in this round at 131.490 mph, with Brendan Jones second at 130.475 mph. Full results can be found here.

Although Dillon was fastest at 133.087 mph, the JGR Toyotas were not far behind. Suarez in second and Erik Jones in third were both within a tenth of a second of Dillon’s time. Busch lurked behind in fourth while Justin Allgaier showed some speed and rounded out the top 5.