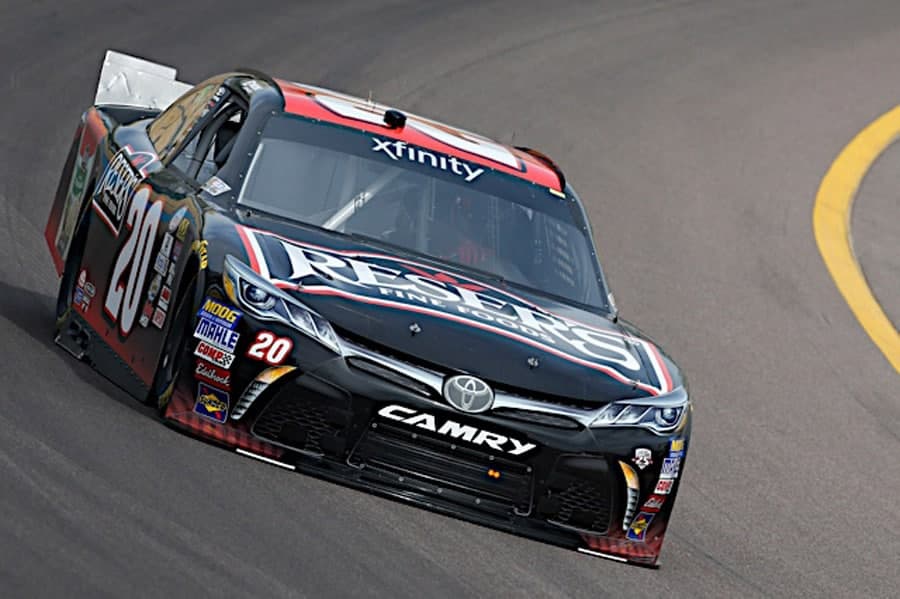 NASCAR penalized one team and warned four others on Wednesday for infractions occurring during the Phoenix race weekend.

Erik Jones’ No. 20 XFINITY Series team was levied a P2 penalty for failing post-race inspection. His car was found to be out of alignment in the rear end. Jones’ crew chief Chris Gabehart was fined $5,000 for the infraction.

Also in XFINITY, the No. 21 of Spencer Gallagher was warned for failing pre-race inspection multiple times. He will lose 15 minutes of practice time this weekend at Auto Club Speedway.

On the Sprint Cup side, three teams were warned for failing pre-race inspection multiple times. The No. 38 of Landon Cassill, the No. 17 of Ricky Stenhouse Jr. and the No. 78 of Martin Truex Jr. were warned.

Stenhouse will lose 15 minutes of practice time this weekend at ACS as he failed the laser inspection process three times.

For Truex, it was the fourth straight week with an issue in inspection. His team had roof flap violations at Daytona and Atlanta and failed inspection multiple times at Las Vegas.

It seems real strange to me that the #78 team has just started getting the penalties since they have been tied up with JGR. Does JGR furnish the bodys?