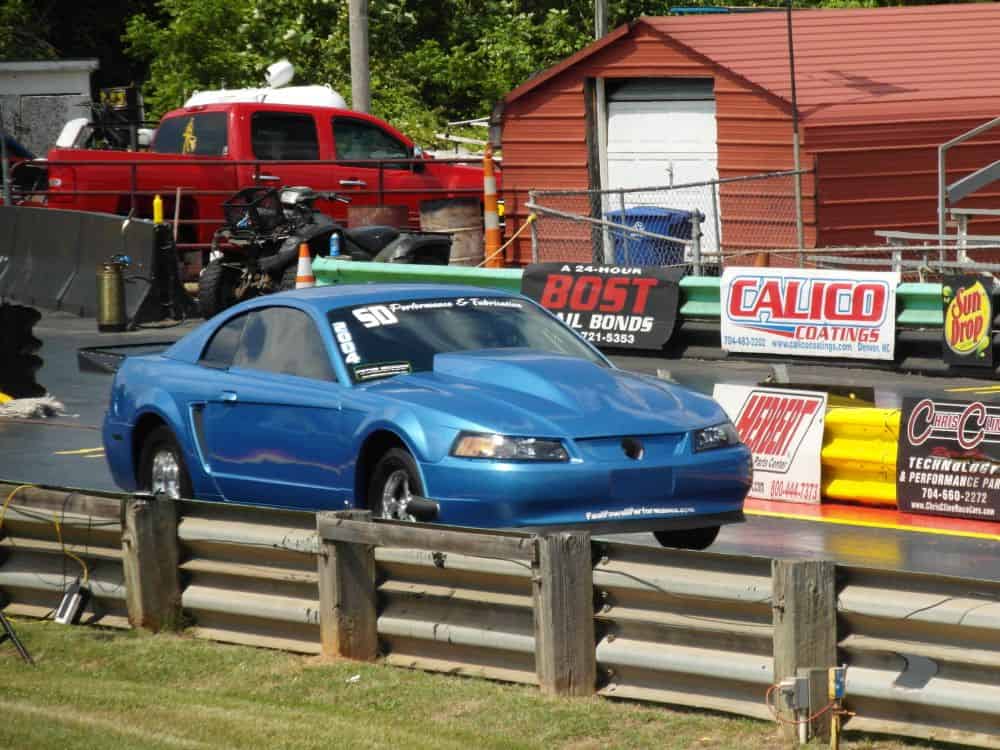 There has been a debate going on about a proposed clarification of the Clean Air Act put forth by the EPA. The problem comes down to this: it’s illegal to remove or modify the emission regulating equipment on your street car but it’s always been understood, although not outlined, that this does not apply to race vehicles. In the case of a purpose built racecar, no problem since it never had emissions equipment. In the case of a factory built car converted to a race car, not nearly as clear.

The concern being raised is that if the EPA clarifies the wording and acts to enforce it, the consequences for hobby and sportsman racers could be serious. That would mean racers of all kinds, not just drag racers. The EPA claims their focus is on people who are altering street driven cars and that they would take into consideration whether a vehicle is used exclusively for competition when enforcing the law.

It would have serious consequences for the aftermarket manufacturers who make the parts consumers buy to make these modifications too. Enter SEMA, the group that represents these aftermarket manufacturers. SEMA has been making an effort to publicize the EPA proposal and working the channels to block it. Their position is that this will be the death of sportsman and hobby racing as racers will not be able to modify their cars for racing.

Enter Congress and the Senate as well, who both have legislation on the table to clarify the Clean Air Act to specifically exclude vehicles used exclusively for competition from the no tampering provision.

If the EPA clarification passes as proposed, while they say they will take into consideration the use of the vehicle and that this is intended to be directed at street vehicles, the bottom line would still be that factory cars that have been converted to racers would be illegal, and the enforcement of the law would essentially be up to whatever the EPA wanted to decide. There is a concern that the EPA is overreaching, and given their past record, cannot be relied on to do the right thing with this sort of power.

One further question however. If the congressional measures make it through, track racers are protected, but what happens to events with a road component like Drag Week?

If you want to send a letter to your representative in support of the proposed legislation, SEMA has a prepared letter at http://www.sema.org/rpmletter that you can use.

* The two-wheeled contingent is back in action, with the official kickoff of the 2016 season for the Pro Stock Motorcycle class this weekend at the Gatornationals.

“We’re excited,” said Matt Smith, who will be starting his second season aboard the Victory Gunner motorcycle. “We worked really hard this winter trying to find some power. We worked with Elite Motorsports, and they helped us out a lot. We made some big gains over the winter, so I think it’s really going to show when we get to Gainesville.”

A bit of unfinished business left in the class from last season is the 200 mph record, which Hector Arana, Jr. came oh-so-close to in 2015. Gainesville is one of the faster tracks on the circuit so it could be up for grabs again.

“The 200-mph barrier is always a possibility in Gainesville,” Arana said. “But like I always say, you could be at the fastest track in the world, and if the weather’s not there, it won’t be. Ultimately, it’ll come down to what the weather does. If it’s there, we’ll go for it and see what happens.”

*The J&A Services Pro Mod Series also kicks off the 2016 season in Gainesville. The class will once again run at 10 events over the course of the season. All events will be televised on FOX Sports 1 and FOX Sports 2 during the week following the race. 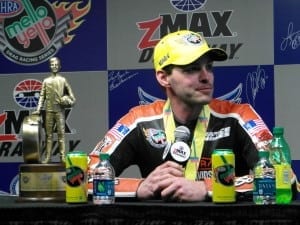 2015 – Won fifth world championship; posted four wins and one runner up finish; No. 1 qualifier at Brainerd.

So what are Pro Mods, you might ask? Look no further! Here are a couple of examples. Incidentally, Jonathan Gray, the driver who sets the record in this video, competed in Pro Stock last year but switched classes for this season. He is the brother of current Pro Stock driver Shane Gray.

Word of the Week: Dragster

While most people think first of the Top Fuel cars, dragsters run in other classes too, right on down to Junior Dragster. The term simply refers to the long wheelbase, open-wheeled variety of racecar. The most familiar of these, the Top Fuel dragster, is the fastest of the NHRA racing vehicles. They boast 10,000 horsepower, nitro-methane burning supercharged 500-cubic inch engines mounted behind the driver. These cars are capable of covering the 1000-foot distance in approximately 3.7 seconds at speeds of over 320 mph.

It seems like it’s been forever, but after a three-week layoff, the NHRA finally returns to action, kicking off the east coast portion of the 2016 season at the Amalie Motor Oil NHRA Gatornationals from Gainesville, Florida, this weekend.