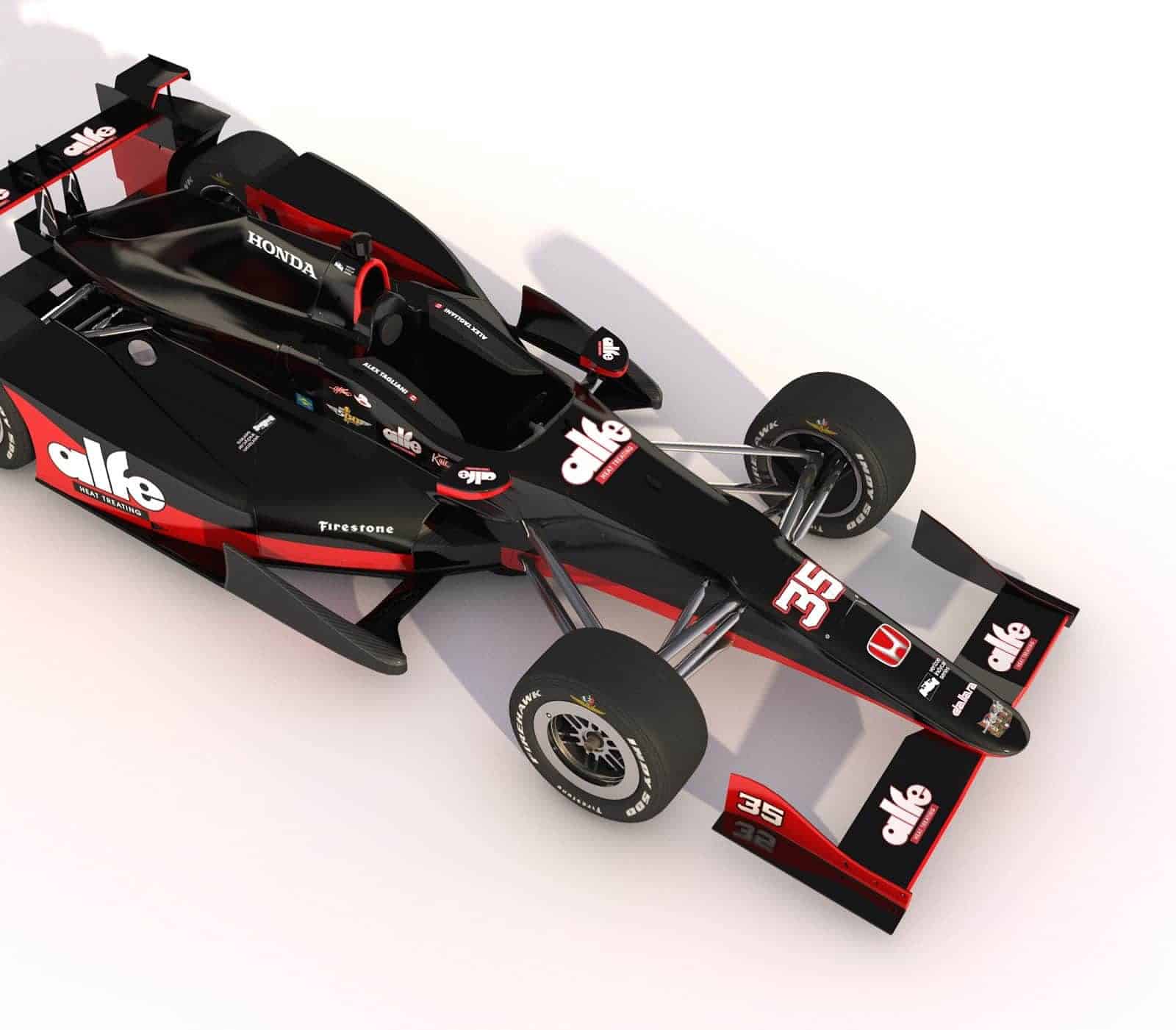 With Alex Tagliani returning to the Verizon IndyCar Series for the Indy Double, A.J. Foyt Racing plans to honor their owner for his 35 Indianapolis 500 starts.

With sponsor backing from Alfe Heat Treating, Tagliani will join Foyt’s current arsenal of Takuma Sato and Jack Hawksworth to complete a three-car stable for the month of May, marking the sixth season that Alfe has served as an associate sponsor for A.J. Foyt Racing.

“We chose the number 35 because it is the number of consecutive starts A.J. had at the Brickyard as well as being A.J.’s birth year, a lucky number,” said Kurt Westman, Founder and CEO of Alfe Heat Treating, Inc., in a release.

The livery (pictured to the right) for Tagliani’s No. 35 is intended as a tribute to the No. 14 Copenhagen machines driven by Foyt in the latter half of his legendary career. This will mark the third-straight season Alfe Heat Treating has gone with a retro livery. The team previously ran a throwback scheme to Foyt’s 1977 Indianapols 500 victory in 2014, and honored Dan Gurney’s No. 48 All American Eagle with last year’s livery.

Tagliani, 43, will begin the run by competing in his first road-course event since 2013, and his first ever Grand Prix of Indianapolis.

“Getting used to the guys and working with the team is very important if you want to maximize the performance of the driver, the team and the car. Hopefully we can do a good job for the whole Alfe team and everyone who has been so supportive of me like Sexton Properties and everyone I’ve been involved with at the Speedway over the last two years.”

Tagliani will then return to the field for the Indy 500, competing with support from Alfe Heat Treating for the second consecutive year. The 2011 pole-sitter finished 17th in last year’s 99th Running of the event.

“Alfe’s been a great associate sponsor for us,” said Foyt. “We couldn’t work with nicer people and they are always 100 percent behind the team, so I can’t ask for much more than that. It’s great that they want to recognize my 35 starts at Indy by choosing the number 35, and when I see that car looking like some of my old race cars, well that will be pretty special too. I hope the fans get a kick out of it.

“I’m glad to have Alex back in the car– he did a great job last year—he even led the race,” Foyt continued. “It was just for a couple laps, but still he led the race. We know he can run fast. Plus I think the crew will be a little more tuned up this year by doing two races instead of one.”