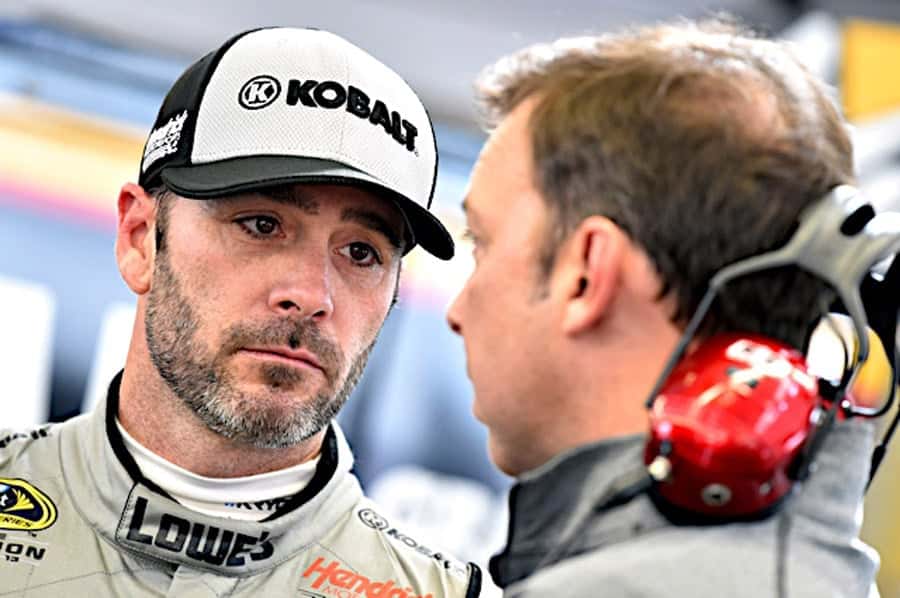 What’s your favorite movie? Do you like comedies, dramas, sitcoms, chick flicks?

OK, not that it really matters; all movies are great. But, have you ever noticed how often a movie-sponsored racecar goes to Victory Lane in NASCAR? Whenever one is entered in the field it seems like there’s a good chance it’ll cross the finish line first, which is interesting since there are only a select few races each year that a movie sponsors a team.

With Hendrick Motorsports running a Batman vs. Superman paint scheme this weekend at Auto Club Speedway, the No. 48 team and Jimmie Johnson will be wearing the red capes denoted for Superman, while his arch rival (at least in this movie’s universe), Batman, will be supporting the No. 88 car and Dale Earnhardt, Jr.

Teammate vs. teammate. Hero vs. hero. Who will come out on top after the 400-mile event?

While we wait, let’s dive into some of the more famous movie-sponsored racecars in NASCAR Sprint Cup Series history, specifically those that ended up in victory lane.

Way back in 1997, Jeff Gordon debuted chassis No. 2,429, otherwise known as T-Rex. The famed car only made one start, coming at the 1997 All-Star Race. What an impression that car made. The No. 24 car was only out front for nine circuits that evening, however, following the victory NASCAR would not allow the car back to the track as it went under extreme scrutiny, but officials deemed the car legal. NASCAR made some rule changes following the non-points race that made this car ineligible. Ever since that May night, T-Rex has been on display in the Hendrick Motorsports museum in Concord, N.C.

At Michigan in 2004, Greg Biffle wasn’t just sponsored by The Flash — he was Flash himself as he led 73 laps, the most of his competition on a hot summer day in mid-August. It was his first of four career wins at the 2-mile oval. It was also his second victory in the Cup Series, and elevated his performance to where he was arguably at his peak in the 2004-2005 seasons. In that race, Roush Racing had all five drivers in the top 10, four of which were sponsored by members of the TV cartoon series Justice League like Biffle. Interestingly, it was also Carl Edwards’ first career race; he finished 10th.

Remember back in 2012 when Jimmie Johnson brought out that colorful wig after his victory at Dover? He was in the spirit of celebrating Madagascar 3 after his dominating performance at the Monster Mile. Over the years, the No. 48 car sure has tamed the Monster, winning 10 times. However, this one was special. It was his seventh career victory at the track, tying NASCAR legends Richard Petty and Bobby Allison as seven-time winners at Dover. The No. 48 car is the all-time laps leader at the 1-mile track, and every time that NASCAR takes to the Monster he is certainly among the drivers to beat.

Dale Earnhardt, Jr.’s triumph at Michigan in 2012 was a big deal for him, as well as Hendrick Motorsports and NASCAR, since it was his first win in 143 races. He didn’t win this race on fuel mileage, unlike his previous victory at Michigan; the No. 88 car flat-out dominated, leading 95 laps after starting back in 17th. It was his first victory with crew chief Steve Letarte. From that day forward, it had elevated Earnhardt and established himself as a frontrunner. Since then the No. 88 car has been in victory lane seven times. The Dark Knight definitely rose on that day in June.

What about when Ryan Newman drove The Smurfs to victory lane at the Brickyard in 2013? The win came just one week following New Hampshire, when Newman found out that he would not be returning to Stewart-Haas Racing in 2014. What did the Indiana native do about it? He went out to win the pole and lead 45 laps, beating Jimmie Johnson in a round of green flag pit stops and holding on to secure a victory. As of today it is the last time he visited victory lane, and Newman also hasn’t won a pole since that day in July. Determined? Probably. The power of the Smurfs? Definitely.