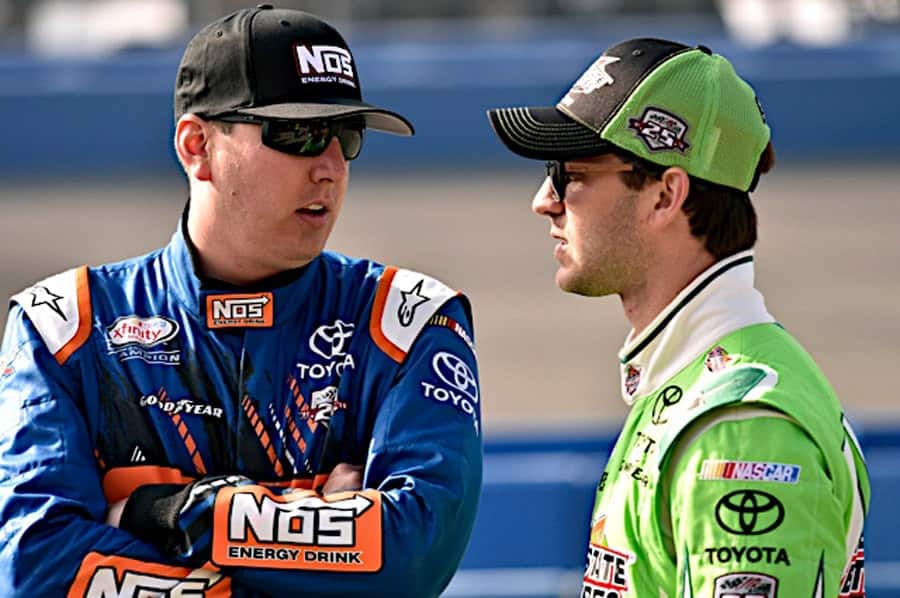 The defending Sprint Cup Series champion was penalized for not showing up to the media center and answering his post-race obligations for the media due to his second-place finish in the race.

The No. 18 car was leading under the white flag when he blew a left front tire heading into turn 1. The blown tire shredded debris from his tire and fender all over the track, though NASCAR did not call a caution. The all-time wins leader in the XFINITY Series was looking to be the first driver since Sam Ard to win four consecutive races in that series.

Eventual race winner Austin Dillon passed Busch off turn 4 to claim his first triumph of 2016 in a thrilling last lap of events, including Daniel Suarez running out of gas after passing Busch on the backstretch.

Busch went on a radio tirade critical of NASCAR following the race, accusing NASCAR of “fixing” the race, but was not penalized for his comments; rather, he was merely penalized for the lack of post-race availability for the media.

Busch will return to the cockpit of the XFINITY Series when NASCAR heads to Texas Motor Speedway on April 8.

A little Slap on the wrist fine. He acted ridiculous in the Xfinity Race . He will act out again since he still hasn’t GROWN UP…..

Another joke from NASCAR! Since Kyle is a full time Cup driver, and his offense occurred in an Xfinity series race, a series he competes in part time, a more fitting penalty should have been a ban from competing in that series for the rest of the year.

I agree with you Ken. He will do it again because he thinks he should win them all, he is still a immature little whine A** !!!!