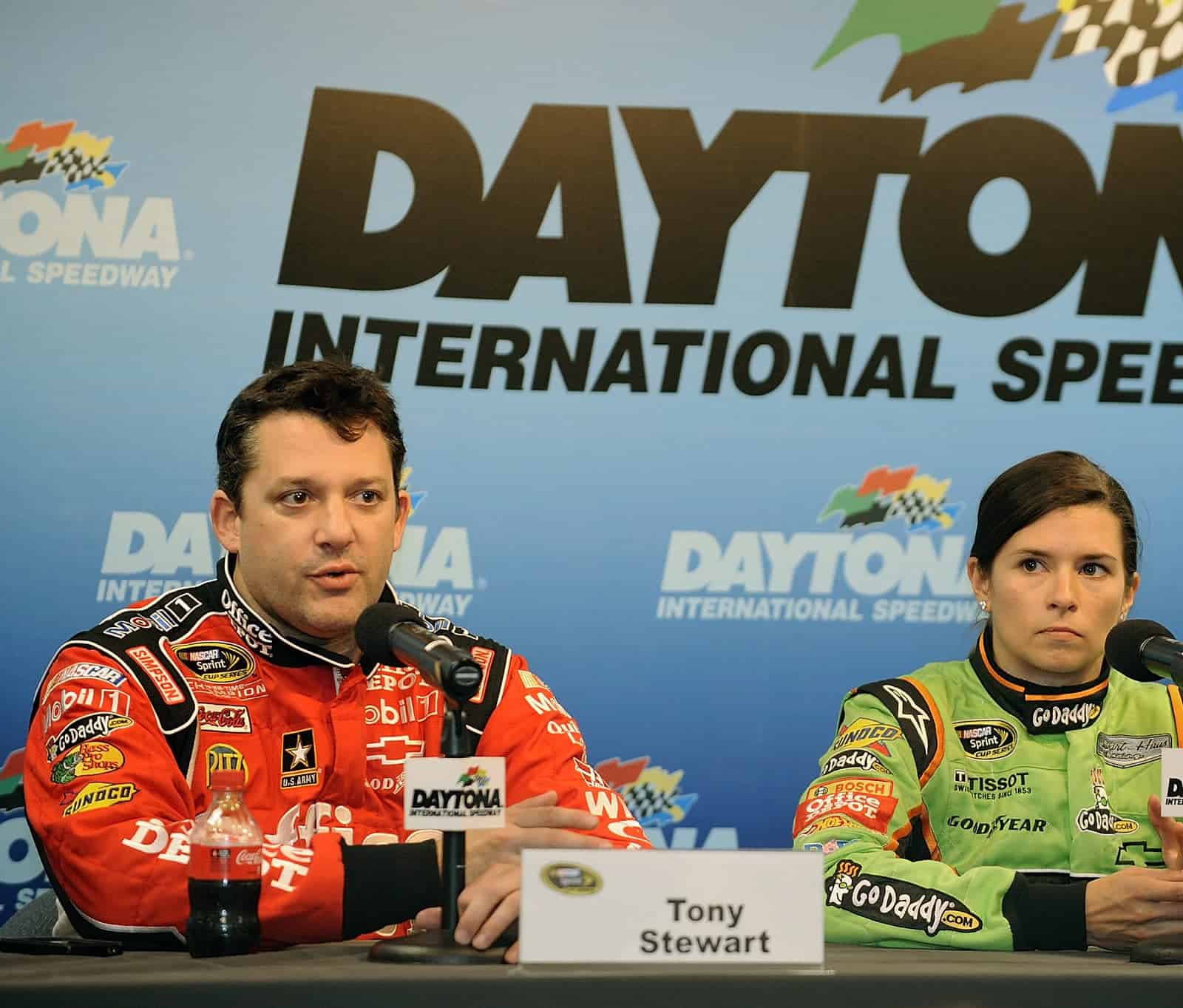 A report by Autoweek this week brought to light an intriguing rumor in the NASCAR world: Kimi Raikkonen, one-time Formula 1 champion, may be mulling a move to American stock car racing for 2017, departing from the open wheel racing series in which he has competed for what is now his 14th season.

It’s all speculation and rumors at this point, but the article brings up the possibility of Raikkonen joining Stewart-Haas Racing, the four-car team that currently employs ex-open wheel competitor Danica Patrick among its ranks. Again, we’re talking rumors here; in order for Raikkonen to join the organization, someone — Patrick, Kurt Busch, Kevin Harvick or the newly hired Clint Bowyer — would have to be on their way out. Unlikely to happen with at least one of those four, probably more.

Still, the concept of another Formula 1 or IndyCar Series competitor moving to NASCAR is a worthwhile trope to follow. After all, Raikkonen would be the latest in a long line of drivers to try their hand at the NASCAR Sprint Cup Series, and he’s already part of the story when it comes to the sanctioning body’s other national series. In 2011, the Finnish driver attempted two NASCAR races, both at Charlotte Motor Speedway — one in the Camping World Truck Series, the other in the XFINITY Series, all for Kyle Busch Motorsports. His results weren’t terrible, but unspectacular; he finished 15th in the No. 15 truck, albeit on the lead lap, while his XFINITY race in the No. 87 found him four laps down in 27th.

Raikkonen’s entry would also come at a time when one of the sport’s greatest to run both stock cars and open wheel vehicles will retire for good. Tony Stewart plans to retire at the end of 2016, leaving behind a legacy including three Sprint Cup championships and one IndyCar title — the only driver to do so. Fellow former Formula 1 champ Jacques Villeneuve has been an on-again, off-again NASCAR competitor, most recently linked to a ride in the XFINITY Series for Wingnut Racing. Patrick, of course, is the only woman to win an IndyCar race. AJ Allmendinger first came to prominence on the Champ Car circuit, winning five times in 2005. And that’s only scratching the surface when it comes to active drivers who came to NASCAR rather than the other way around, not counting racers like Kurt Busch, a NASCAR lifer who also ran the 2014 Indianapolis 500.

But today’s pullers of double duty are from the only drivers to do so in history. Since early on in NASCAR’s history, racers perhaps best known for their open wheel racing prowess have invaded the banks of Daytona and other tracks to test their skill against the best stock car handlers in America. Back in the 1960s, AJ Foyt made sporadic appearances in the Cup Series, notching seven wins between 1964 and 1972, including the 1972 Daytona 500. Frequent ’60s Formula 1 competitor Dan Gurney notched five NASCAR Cup wins between 1963-1968, all at the road course of Riverside Speedway. And who can forget Mario Andretti, 1967 Daytona 500 winner with just 14 NASCAR starts under his belt but with a plethora of open wheel racing entries to go along with them, marking him as one of the sport’s greatest.

Of course, if Raikkonen does indeed rejoin NASCAR’s ranks, there’s always the chance he could remain within the admittedly well-populated category of open wheel drivers who tried their hand at NASCAR in the past and simply could not compete on the level of the Andrettis, the Foyts and the Stewarts. He’s already there by virtue of his out-with-a-fizzle 2011 foray, and if he fails to make a significant impact, he’d be spoken about in the same breath as, say, Dario Franchitti. The four-time IndyCar champion tried his hand at NASCAR with a rookie run in 2008, which lasted just 10 starts with Chip Ganassi Racing on the Cup level, resulting in an average finish of 34.3. Franchitti’s focus shifted to the XFINITY Series, where he garnered a top 5 and two top 10s throughout 2008 in 14 starts, but he was back in IndyCar (and winning titles again) by the next year.

In fact, that whole 2008 rookie class was stacked with drivers of an open wheel predilection. Of the six who declared for the competition, only Regan Smith had no international open wheel experience, as Franchitti, Villeneuve, Michael McDowell, Patrick Carpentier and Sam Hornish, Jr. were a who’s who of past competitors, winners and even champions in Formula 1, IndyCar and Champ Car. The most successful of that group at the time? Either barely around NASCAR (assuming Villeneuve’s No. 27 team indeed shows up to an XFINITY Series race; its current goal is Texas) or gone completely. Only Smith and McDowell remain.

Also around that era: Juan Pablo Montoya, just recently a returnee to open wheel after a seven-year NASCAR stint that yielded two wins, 24 top 5s, 59 top 10s and a Chase berth in 2009.

Raikkonen’s entry would be a little different given the 36-year-old’s high profile status in auto racing; winning 20 races and a championship in Formula 1 will do wonders for one’s star power. But as seen with Franchitti, Carpentier, Villeneuve and others, achieving runaway success internationally does not a NASCAR winner make.

And who knows — maybe it’ll never happen. Rumors are merely that, after all; in past years, Tony Kanaan’s name has been linked to a NASCAR entry, for example, and he still has zero starts to his credit.

But if he does come around Charlotte, N.C., once again, bear in mind: he’s far from the first, he certainly won’t be the last. Oh, and success isn’t guaranteed. Not one bit.