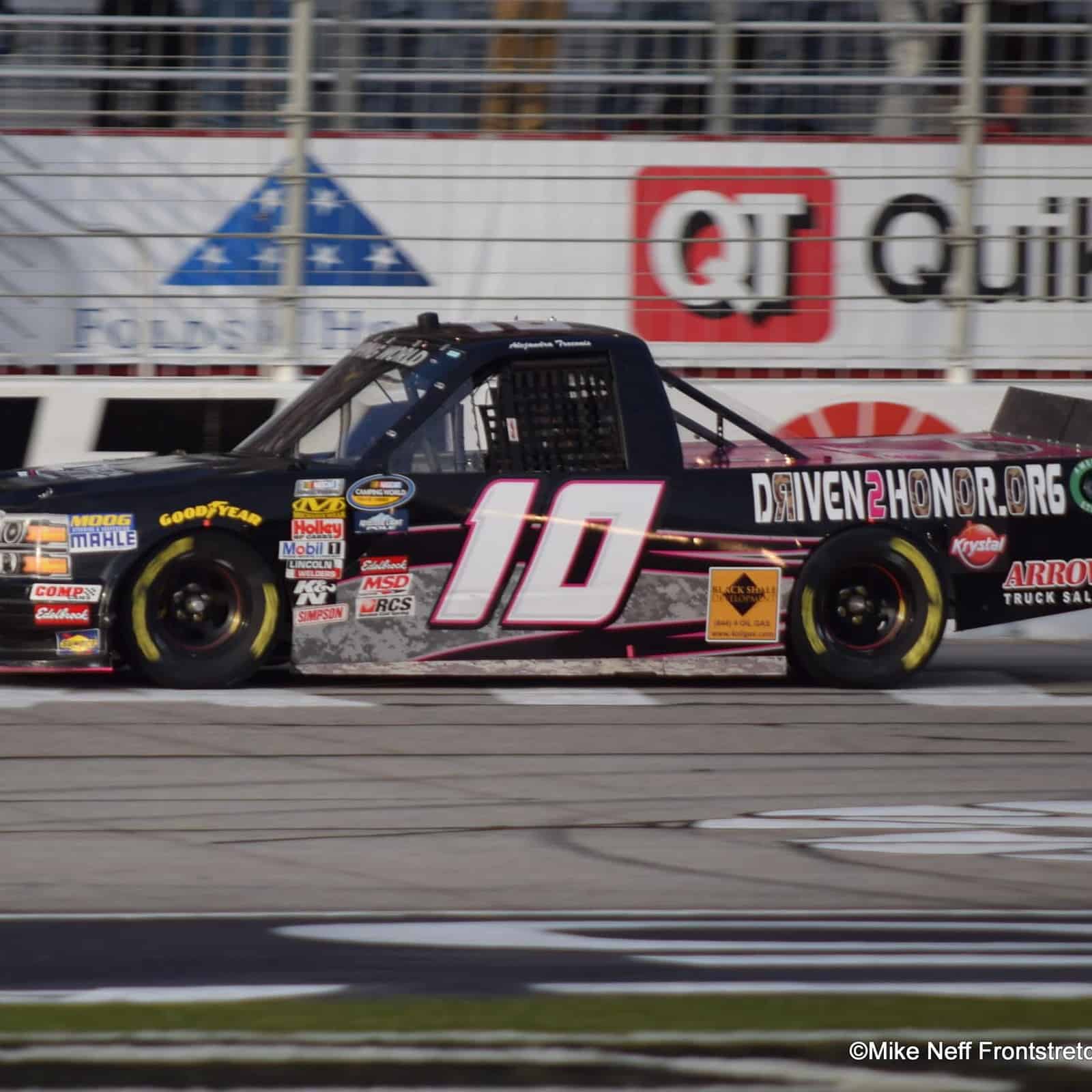 The NASCAR Camping World Truck Series field will feature three new faces at Martinsville Speedway this upcoming weekend. As the Truck Series returns from a five-week hiatus, a handful of teams are taking advantage of returning to short track racing at the “paper clip.”

Leading the way for drivers attempting their debuts at Martinsville is Kaz Grala, who will pilot the No. 33 truck for GMS Racing. The team started out the season with reigning Camping World Truck Series champion Grant Enfinger, who was originally scheduled to run the full season in the truck. However, Grala will be taking the helm for a handful of events.

Fun day @GMSRacingLLC today. Everything is really coming together for Martinsville! pic.twitter.com/mRhqLFI7ZH

Grala, 17, has been competing full-time in the K&N Pro Series East since 2014, compiling nine top fives and 21 top 10s. Returning for his second straight year for Ben Kennedy Racing, he has a pair of top 10s through the first two races in 2016, sitting seventh in the standings.

Meanwhile, two other drivers will also be attempting to make their Truck Series debuts.

Claire Decker, 21, will be replacing Jennifer Jo Cobb in the No. 10 truck at Martinsville. Decker, the younger sister of Paige Decker, who made her Truck Series debut at Martinsville last October, looks to join her sister in NASCAR’s third-tier division. If she qualifies for the race, the sisters would join Angela and Amber Cope as the only sisters to compete in NASCAR’s top divisions.

“I understand I am facing an uphill battle and am looking forward to my first time in a truck,” Decker said in a press release. “Of course I want to make this race against a very competitive field, but the worst case scenario is that I gain a lot of experience, meet new fans and showcase my sponsors to a larger audience.”

Additionally, Spencer Boyd, who was previously announced as the driver of the No. 63 truck for MB Motorsports, will be attempting his debut as well. His entry will be a Dodge, with an engine supplied by Joey Arrington.