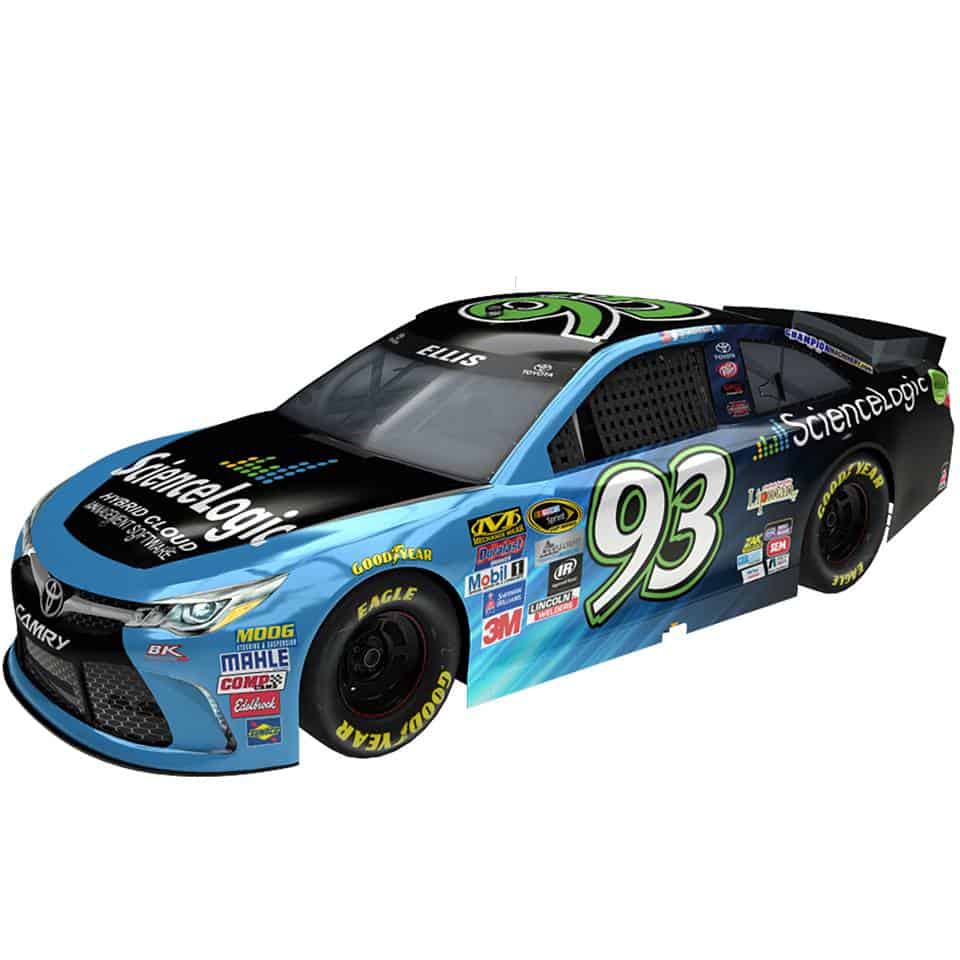 Months after making his NASCAR Sprint Cup Series debut, Ryan Ellis will return to the wheel of a Sprint Cup car for select races in 2016.

Ellis, 26, has signed with BK Racing to pilot the No. 93 Toyota starting at Richmond in late April. ScienceLogic, which funded his lone Sprint Cup effort last year with Circle Sport Racing at Phoenix, will be featured on his car throughout his events with BK Racing.

“We’ve been meeting with ScienceLogic over the off-season and Ron [Devine, majority owner of BK Racing] have been talking for four to five years before I was even in NASCAR,” Ellis told Frontstretch Monday evening. “It made sense for both parties. With the charter system, it made it harder for it to become a full season deal. We kind of had to open the door a little bit with sponsorship, and ScienceLogic was more than happy to come on board.”

Since making his NASCAR debut in 2012, Ellis has competed in 29 XFINITY Series events and 20 Camping World Truck Series races. The former road course racer’s best finish in the XFINITY Series is a 22nd-place effort at Watkins Glen for Rick Ware Racing.

“We’re working on a lot more,” Ellis said. “We only have three confirmed races right now. That is just what we have firm on paper. We are working on much more; Probably more later in the season. By no means is it any comfort because I want to get out there and run five, seven, 10 races.”

Along with Richmond in April, Ellis will be competing for BK Racing at Indianapolis for the Brickyard 400, along with Texas in the fall. As the team continues to figure out his schedule, he hopes to compete at least one of the two course races and at some short tracks.

“I think for me, it’s about gaining the experience first and proving that I belong,” Ellis explained. “It’s easy to weight yourself against your teammates. If we make each other better, it helps the team for sure. I just want to kind of bounce off what my teammates do and learn from then. I want to run all of the laps. Last year, we were cut short at Phoenix because of the rain, so I haven’t run a full Sprint Cup race.”

Over the off-season, BK Racing acquired a large portion of the assets from Michael Waltrip Racing, including cars and parts used from the two-car organization in 2015. This year, the organization is fielding two full-time machines, with David Ragan in the No. 23 car and Matt DiBenedetto in the No. 83.

The organization ran four cars in the Daytona 500, featuring Robert Richardson, Jr. in the No. 26 car and Michael Waltrip in the No. 83 as DiBenedetto moved to the No. 93. Waltrip will return to the team at Talladega in May.

Said Ellis: “Matt is a young, up and coming guy that is fighting his way to the top and David has been there. I can learn how to maintain equipment and make the most out of what we got from both of those guys. I think you have two very different perspectives there, and I think that’s what makes BK Racing so good this year.”

Ellis helped introduce DiBenedetto to Devine several years ago after living next door to the Burger King franchise owner. After DiBenedetto struck a deal with Devine, Ellis was able to follow suit a year later.

“Ryan is a driver that we’ve been watching for quite some time as he raced in the Trucks and XFINITY,” Devine said in a press release. “We’re proud to bring him to BK Racing this season and welcome ScienceLogic to our family.”
According to Ellis, veteran crew chief Mike Ford could be his crew chief. Ford worked with Richardson during the Daytona 500, returning to the team after leaving it in Oct. 2014 to work with Athenian Motorsports through the majority of 2015. Ford formerly served as BK Racing’s Director of Competition from late 2012 until 2014.