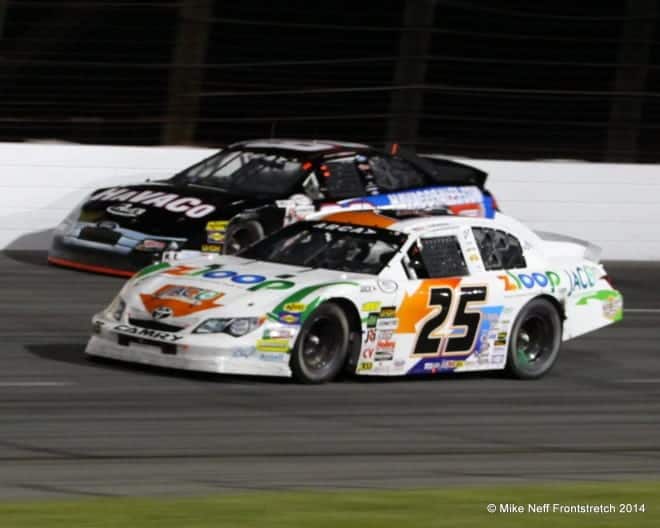 On Tuesday afternoon, ARCA Racing announced a new multi-year TV deal with Sinclair Networks Group, a subsidiary of the Sinclair Broadcast Group, to broadcast ARCA Racing Series with Menards events in addition to their existing deal with FOX Sports, which runs through 2017.  For 2016, the deal amounts to nine races.  These races will air on the American Sports Network (ASN), a Sinclair-owned sports network that operates as either a digital subchannel to over-the-air networks, or as a syndicated service.  As a result of the deal, the ARCA Racing Series presented by Menards will have 19 of their 20 races televised in 2016 (New Jersey Motorsports Park is the lone holdout).

ARCA officials are very pleased at the opportunity to expand their broadcasting reach.

“We are pleased to provide additional exposure of the ARCA Racing Series on American Sports Network,” Mark Gundrum, ARCA’s Vice President for Business Development and Corporate Partnerships said in a press release.  “This is a great opportunity for the teams, sponsors and fans of the series.  The ARCA short track race events are some of the best each year, and we’re excited to bring the side-by-side action to the American Sports Networks viewers.”

ASN, a relatively young network that only launched in 2014, is currently best known for their coverage of college sports.  Despite that, they have previously covered the IMSA Porsche GT3 Cup Challenge.  Regardless, ASN is very happy to have a new racing property in their portfolio.

“We are excited to once again bring racing to our viewers through ASN,” said Doron Gorshein, Chief Operating Officer of Sinclair Networks Group.  “ASN’s coverage will include some of the series’ best short track races, designed to showcase ARCA Racing Series action from the tour’s “bullrings,” including both one-mile dirt events at DuQuoin State Fairgrounds and Illinois State Fairgrounds.”

The first ARCA race scheduled to air on ASN will be the Music City 200 at Fairgrounds Speedway in Nashville on Apr. 9.  That race will air via tape delay.  Both races at Salem Speedway and the General Tire Grabber 100 at the DuQuoin State Fairgrounds in Illnois on Labor Day weekend will also air via tape delay.  According to ASN, these races (along with repeats of live race telecasts) will form part of the programming that will air in a new mid-week motorsports series in prime time that is currently in development.

The other five races in the deal will be carried live.  The first of those races will be the Menards 200 presented by Federated Car Care at Toledo Speedway on May 22.  Other live telecasts include races at Madison International Speedway and Winchester Speedway in June, along with Berlin Raceway and the Illinois State Fairgrounds in August.

The races in ASN’s package are compromised mainly of events previously aired on CBS Sports Network (and NBCSN before that) in recent years.  The Nashville and second Salem races were broadcast via pay-per-view  on ARCAracing.com last season.  The first Salem and DuQuoin events have not been televised in about a decade.  On-air crews for the ASN races have not been officially announced.  However, Charles Krall did note his involvement on Twitter.

I will be doing pit road on the 9 ARCA Racing Series Telecasts on American Sports Network ??

Given the nature of American Sports Network’s reach, the races may or may not be available in your market.  Races that air live in some markets may not be live in others due to pre-existing rights deals (Ex: An affiliate airing Major League Baseball games on weekends through a deal that does not involve ASN).  The Sinclair Broadcast Group owns over 150 different affiliates across the United States, but they are not in every television market.

ASN will make local listings available at the schedule link on their website closer to race time.