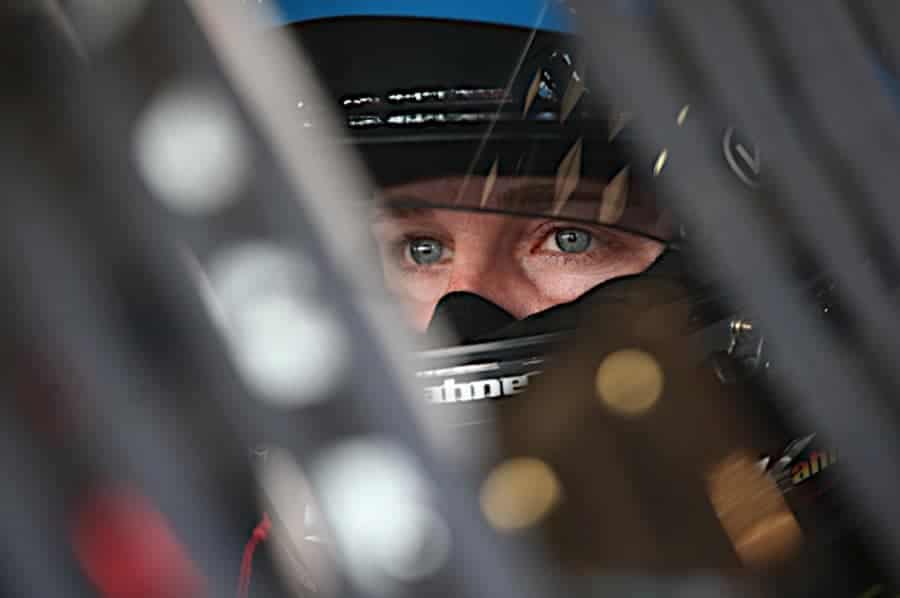 Ah, Martinsville, let me count the ways I love you. I’ve said it before countless times and I’ll say it again this week: There’s little that ails NASCAR that can’t be fixed with a trip to the venerable and ageless Martinsville Speedway. This will be Cup race number 135 – a streak that goes all the way back to race number six of the inaugural season of 1949. It is, when you think about, remarkable that the smallest and slowest track in NASCAR is both still on the schedule and also often produces the best racing to watch all year. Think about it for a minute, when was the last time you saw a bad race there? Right. Thought not. And we all know what happened with Joey Logano and Matt Kenseth the last time we visited the little old paper clip track nestled in the Blue Ridge Mountains during the 2015 Chase. I’m not expecting to see anything quite like that this time around, but I’m certainly confident we’ll see a great race. Long, long, long may Martinsville retain two races, because to use the old adage, don’t fix what ain’t broken. Enjoy this one folks; I know I will.

TWO: The Next Sprint?

Still nary a peep on who will replace Sprint. This isn’t one of those “slap a new logo over the old logo” kind of deals, either. This is a big-time, serious, multi-million-dollar, multi-year contract that an incoming sponsor cannot afford to take lightly. You would have to figure, too, that the new title sponsor will need at least six months to develop appropriate activation and marketing plans, not to mention develop new branding and logos. “I think we would characterize it as we’re tracking as we thought we would, so a lot of interest,” said NASCAR Chief Marketing Officer Steve Phelps in an NBC interview on the search for a new title sponsor just prior to this year’s Daytona 500. “A lot of presentations. We have a number of companies active with us in the search, but nothing to report at this point.” Now, on the surface that is good news, but the longer there’s “nothing to report”, the more I wonder just exactly how this will work. Even with the dipping TV ratings, this is a marquee sports sponsorship – one that only a huge company can truly activate against. Put another way, there are only a very limited number of companies for whom such a deal makes sense and is affordable. I have to say, I’m glad I’m not in charge of this search

We’re still very much in the early stages of 2016 but after five races it’s fair to say Kasey Kahne has not got off to what he and his fans hoped would be a fast start this year. “It has been disappointing. Hearing the cars would be harder to drive, like they were when he was a rookie [in 2004] made me confident he would pick it up,” said a long time fan of the Enumclaw, WA native’s efforts thus far. Kahne has just one top-10 finish so far in 2016, a tenth-place effort at Las Vegas, zero laps led and a paltry average finish of 19.2. “I see his usual 12th-place starting spot and find myself hoping he can stay there in the end,” continues the Kahne fan. “What makes it even worse is how Chase [Elliott, who has three top-10 runs this year] is doing out of the same garage. In theory, Kasey should be helping him learn to drive the cars but it looks the opposite way thus far.” The truth is, Kahne’s start is representative of much of his time at Hendrick Motorsports where has, for the last few years, very much been the lowest driver on the totem pole. His winless streak now stretches some 52 races – all the way back to Atlanta Motor Speedway in late 2014 — and he has picked up just six top-5 finishes in 77 races. The real question now is can Kahne turn this around? As things stand, you wonder if that’s possible.

A quick word, if I may, on the latest addition to the broadcast booth – old Four-Time himself, Mr. Jeff Gordon. And I have to say, it’s very much a case of so far so good. Gordon has taken to wearing the collar and tie, clutching the microphone and describing the race rather than competing in the race in fine style. Gordon, let’s not forget, replaced the most knowledgeable and most prepared broadcaster, good old Larry Mac and so far, in my opinion, hasn’t missed a beat. Last season, NBC utilized Jeff Burton and Steve LeTarte to provide a fresh driver and crew chief perspective and it worked like a treat. FOX are seeing a similar sort of effect with Gordon who can give fans a unique and up-to-date point of view on what the drivers are facing on track each and every week. What it has done though is show that perhaps it is time for a new role for Darrell Waltrip. Now I know it’s de rigeur to bash old DW and complain about his boogity nonsense and that’s not what I’m trying to do here. Rather it’s that all broadcast teams, no matter how successful, need an update and that time, for me at least, should be coming sooner rather than later in the case of Hall of Famer and three-time champion Darrell Waltrip.

And finally this week, I wanted to briefly touch on the upcoming 100th running of the Indy 500 and Kurt Busch’s recent announcement that he will not be attempting double duty on Memorial Day Sunday for a second time. “I must say this was not an easy decision,” said Busch on his official website. “And it does not in any way reflect upon my desire to compete again in one of the world’s greatest races; it is based solely on a need to maintain the focus and momentum we have built early in this NASCAR season… hopefully all the way to Homestead and the championship weekend.” Busch, remember, finished an extremely creditable sixth place in the 99th Indy 500 and then a disappointing 40th in the Coke 600. “Fortunately, Michael [Andretti] and the Indianapolis Motor Speedway have left the door open for a future run, and perhaps one day I will take them up on that, it just won’t be this year,” noted Busch of his decision. One NASCAR driver still under consideration is Brian Vickers. He’s an option, though, and we aren’t ruling him out,” said IndyCar team owner Sam Schmidt in an interview with Racer Magazine. “I know how badly he wants to be in the race. We’re still trying to find money for all of them, they’re all trying to find money, but it’s not completely there.” And if ever there was an Indy 500 to run, the hundredth running would absolutely be the occasion. Watch this space folks.

From a raciing fan, not a Jeff fan, he is doing great. He is overshadowing Waltrip and old DW’s mistakes and stupidity is really coming to light. Does’nt Fox look ate their declining rateings and see that DW has to go?

Kasey is off to another typical start for him it seems. Much as I like Kasey, his career in Cup has been anything but what was expected of him and by him. It seems he was more hype than a great racer. Too bad that Hendrick let some good drivers get away while he stuck by Kasey and even signed a new contract that will keep him driving through 2018 for his current team. Hendrick needs another young driver to go with Chase into Hendrick future championships. I think Rick needs to get behind a young John Hunter Nemechek to replace Jr and Jimmie when they retire or to take over for Kasey when his contract is up.

@Echo – yeah, it does seem like a “typical” start. I keep waiting for the breakthrough and the multiple wins but it hasn’t happened. I still think he’s a great driver, it’s just not working out for him right now. Hopefully there’s an uptick in form in his future. The quotes I used were from the biggest and most genuine Kasey Kahne fan I know.

@paltex – glad you like Jeff’s work so far. Definitely agree that he’s overshadowing DW. Interesting point on the ratings, I wonder if some folks have stopped watching solely because of him?