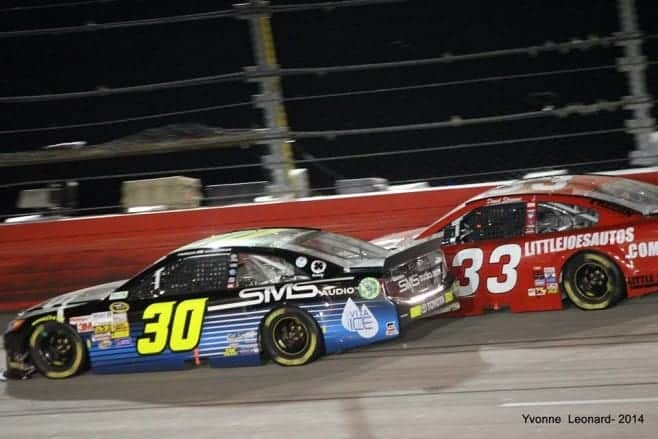 NBC Sports has reported that attorney Drew A. Richards, who is representing XXXtreme Motorsports owner John Cohen in a lawsuit against former Sprint Cup Series team Swan Racing, is looking to withdraw from the case as a result of Cohen’s failure to pay for case preparations.

The lawsuit stems from Cohen’s failure to compensate former Swan Racing owner Brandon Davis $200,000 for points from the team’s No. 30 car in 2014.

Swan Racing closed its operations following the eighth race of the 2014 Sprint Cup Series season at Darlington Raceway. Parker Kligerman competed in the No. 30 car during those eight races before Davis agreed to sell the points to Cohen.

XXXtreme Racing later used the points the No. 30 car had accumulated in one race before shifting its operations to the No. 44 car.

The Cohen owned team last competed in the 2015 Daytona 500 with Reed Sorenson. During the following weekend at Atlanta Motor Speedway, their car was stolen and later recovered, but the team did not race that weekend. They later failed to qualify for three additional races before closing operations.