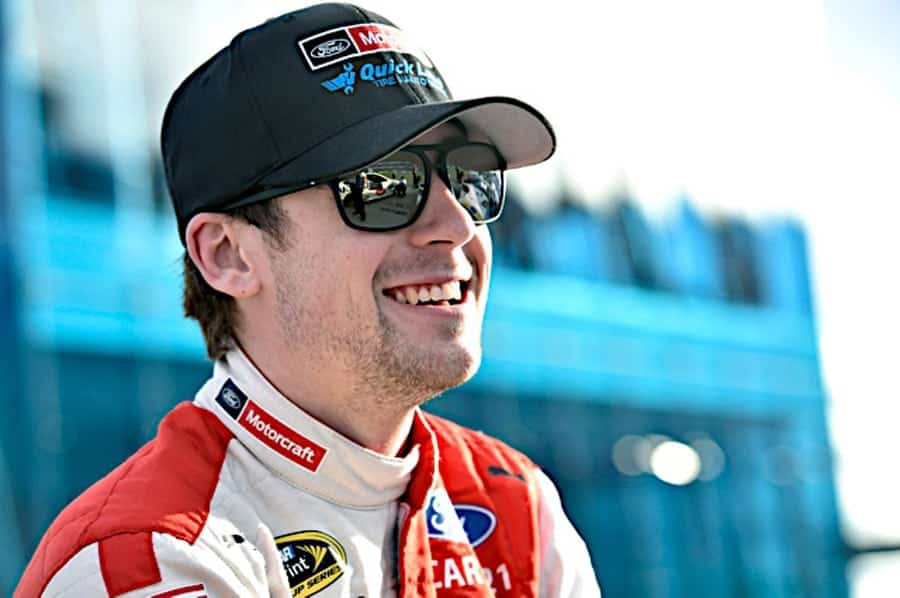 The Wood Brothers have been around since 1953, when the iconic No. 21 car first began circling a racetrack. Ever since then, NASCAR’s oldest team has fought through adversity time after time.

Since scaling back to a part-time schedule in 2009, five drivers have piloted the red and white Ford. But after Ryan Blaney sped through the rankings, the Wood Brothers are back in the spotlight. Returning to full-time competition in 2016, the organization has created an alliance with Team Penske, acting as a third car for a team that won seven races in 2015.

As Blaney competes for the Sunoco Rookie of the Year award against Chase Elliott, the pressure is on. However, after competing in 16 events last season, the son of former Cup Series driver Dave Blaney is set to compete for a spot in the Chase for the Sprint Cup even without a charter and stepping away from the Race Team Alliance (RTA).

We spoke to Blaney during the Charlotte Motor Speedway Media Tour, discussing the youth movement in NASCAR, his role with the Wood Brothers and more.

Joseph Wolkin, Frontstretch.com:  You have a close bond with Darrell Wallace, Jr. What does it mean to have such a close friendship with him?

Blaney: We raced Bandolero cars back in the day when we were 10 years old. We were good friends back then and when we started racing different racecars, we actually split up. We didn’t race against each other for a long time. We kind of separated and then we both started running full-time in the Truck Series, and we’ve been really good pals ever since. It’s just kind of neat to have friends on the racetrack. Honestly, I’d rather have more friends than enemies on the racetrack.

Wolkin: Being in the new NASCAR video games, as someone that is seen playing it on social media, does the attention ever become overwhelming?

Blaney: Not really. I grew up at the racetrack and around NASCAR. It’s all kind of natural to me, just growing up and it’s nothing new to me. It’s something I really value and something I can share with my dad.

Wolkin: What are your expectations this year, going full-time for the first time in Sprint Cup competition?

Blaney: It’s hard to set goals or expectations. We have a great team and set of people and cars that we are going to have. I know for a fact the Wood Brothers and myself are very excited to get started. I think if we can go out there and run all of the laps, it would be pretty good goal to set. If we do that, the good results will come after that.

Wolkin: The Wood Brothers are known for being strong at restrictor plate tracks. What other areas do you feel the team can compete for top 10s and top 5s at?

Blaney: Honestly, I think we always have run great at the restrictor plate tracks. But with the added experience we have from last year carrying into this year, I feel like we are going to be very strong at every track that we go to. With more experience between myself, Jeremy Bullins [crew chief] and the whole team, everything is going to come a little bit smoother. I think we can be competitive every single weekend. It is going to be very tough, but I feel like we have the cars and the team to do that.

Wolkin: Working with Penske and the Wood Brothers, you are in the midst of plenty of history. What memories stick out to you growing up from the two teams?

Blaney: Growing up, I was always around the track. It is really cool to be a part of a couple of organizations that you looked up to as a kid. Whether it was drivers running Penske cars or ones for the Wood Brothers, I remember them winning races. I think of the best races I have ever watched was when Sam Hornish, Jr. won the Indianapolis 500. That was one of the coolest things. I was maybe 12 at the time. Just to be a part of such historic teams is a dream come true for me.