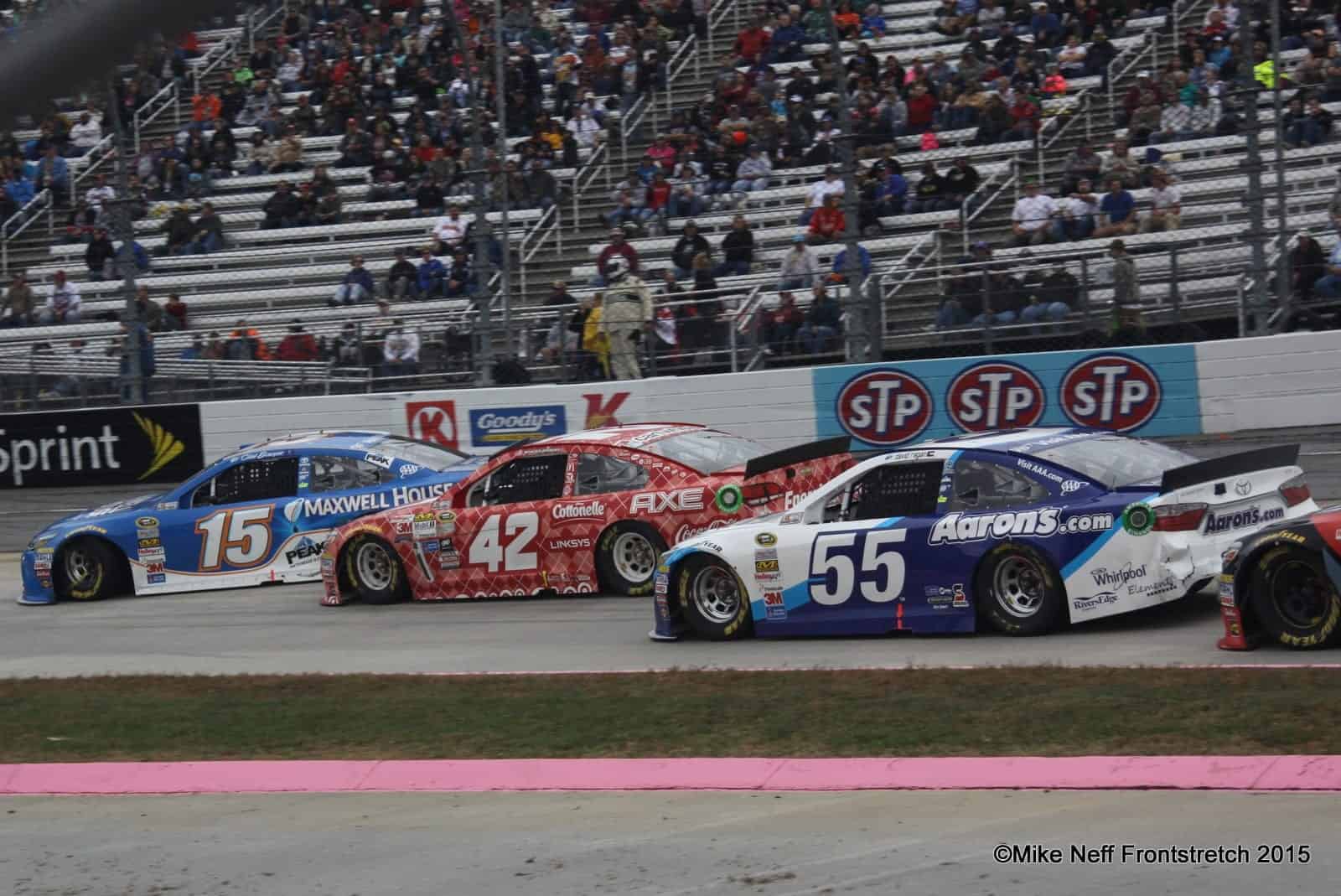 The NASCAR Sprint Cup Series has gone through major changes over the years. Tracks have changed. Drivers have swapped rides and retired. Even the point system has gone through several revisions. Over time, certain tracks have become more competitive, while, others, which once were considered the premier stages of the sport, are now in the middle of the pack.

This weekend, NASCAR returns to Martinsville Speedway, the second oldest track on the circuit. While short track racing has always been a fan favorite, there is something about Martinsville that continues to bring out the best, and sometimes the worst, of NASCAR and its drivers.

Additionally, returning to a short track means going back to the grass roots part of the sport. Racing at a half-mile track on a weekend is something synonymous with young drivers throughout the country. It is all they know while working through the rankings. But as they make it up to NASCAR’s top divisions, things change for better and for worse.

Q: With Martinsville this weekend, do you think that at this point, the racing there is better than Bristol? – David C., Charlotte.

A: Oh, absolutely. I think that Bristol has been on the way out as the sport’s premier short track for a while. The stands have typically been semi-full for the past few years, and there is a feeling that NASCAR is just going back for tradition.

I remember when I first started watching NASCAR in 2004, Bristol was definitely the better track. With a coliseum environment in the midst of a short track, there really was no better place to watch a race. It was a driver’s racetrack, putting the racer in charge of the outcome moreso than the car.

However, nowadays at Bristol, the action is seldom wild. Ever since the repave in 2007, the racing has not been the same. Even after Bruton Smith, CEO of Speedway Motorsports Inc., which owns Bristol, made changes to the track in 2012, it will never be like it once was.

Part of a short track’s lure for fans is the battles to pass on the low line, featuring intense bumping and banging. However, now that the line has moved to the top lane, the competition is not as intense.

There aren’t many wrecks at Bristol anymore. The intensity has been diminished. There aren’t as many drivers in contention for the win. Most importantly, it isn’t a driver’s track anymore. It could be different this year with the low-downforce aero package, but I could be wrong.

Last year, we saw an unbelievable duel between Matt Kenseth and Joey Logano. It was an event that NASCAR needed. Though the sanctioning body suspended Kenseth for his role in the incident, it is one that will continue to be in advertisements for years to come.

Just get used to it, folks. Martinsville is now the sport’s top short track. Uness something crazy happens to force drivers back to the low line at Bristol, it will continue to be No. 2 on the short track list in NASCAR.

Q: We’re finally back at 40 cars on the entry list this weekend! I feel like it’s a really good sign, but is it going to stay that way? – Chelsea P., Dover.

A: It really is tough to say. We discussed it earlier season, and I had a gut feeling that the entry list will slightly deteriorate. While I still feel that way, a few additional developments with smaller teams have made me increasingly optimistic that we will see 40 cars on a weekly basis by the end of the season. This weekend’s entry list is the perfect example.

For the first time since Daytona, NASCAR’s premier division will have a 40-car field. 39 cars has become the norm, and likely will continue to be at intermediate tracks — if not 38. However, BK Racing’s addition of Ryan Ellis to a third part-time car and Premium Motorsports‘ fielding of another entry are each positive signs.

But there should still be a slight concern that full 40-car fields will not be the norm for a while. The Motorsports Group cannot run all 36 races, plus the All-Star Race, without any funding on the No. 30 car. Josh Wise has done a great job for that team, attempting to start it up like he did with Phil Parsons Racing. But blank quarter panels won’t help them.

As the season rolls on, we could have a few more entries rather frequently. Ellis is hoping for at least seven events for BK Racing. Reed Sorenson will likely see seat time in the second Premium Motorsports car. Michael Waltrip will at least be running at Talladega, and Ty Dillon is running a handful of races.

It really is tough to evaluate. However, as teams gather more funding, the fields will fill up and we will be back to having 40 full-time competitive cars.

Regarding Martinsville getting back to a 40-car (full) field, if there was one race track that should be avoided by non-charter teams, it’s Martinsville. With the promoters are already jumping on the bandwagon of Saint Matt vs Satan Joey, thus promoting more hatred toward Logano, this race has the potential of turning into a demolition derby. What non-charter team in their right mind would want to risk the unnecessary destruction of their equipment? Let the big boys, those who can well afford to have their equipment destroyed, have it.

Also, regarding the questions submitted to the mailbox, why hasn’t the issue with the site’s comment sections been addressed? I’ve read numerous comments about people not being able to see any of the comments, yet, nobody on the Frontstretch staff has said why there is a significant delay in being able to read any of the posted comments. For example, on the home page, the article about Kyle Busch shows 14 comments. Reading the article itself, there were only 3 comments showing. Is this something the webmaster set up, so comments can be moderated?

Totally agree, Ken, same here. Sometimes I can’t watch the races and look forward to Monday mornings recap and comments. Many times is says 10+ comments, yet none appear at the end of the article.

Martinsville is by far the better of the two…..better,cheaper tix and camping…..Plus Bristol’s low line is GONE…hence no real racing…I’ve gone to my last race at Bristol….but never miss a race a “The Ville”