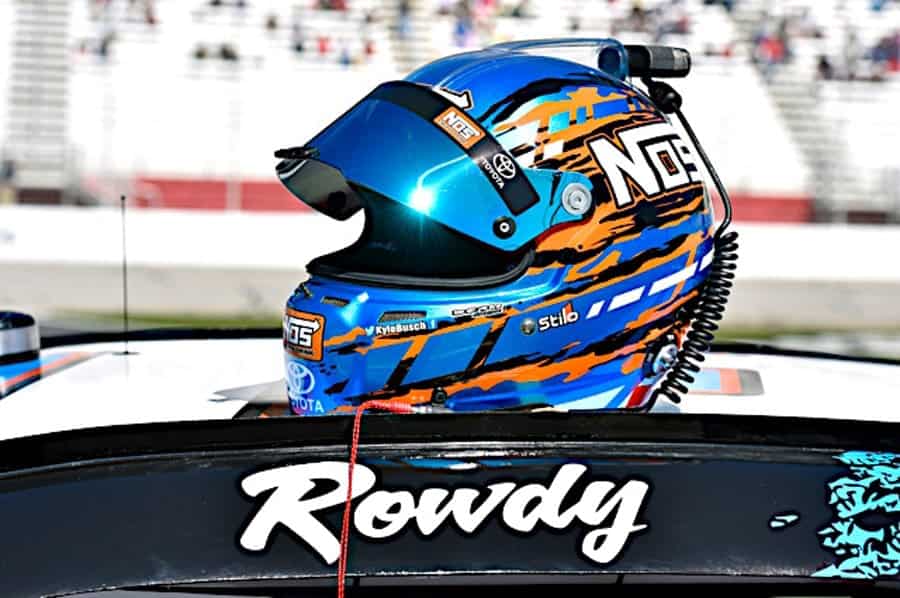 He’s visited Victory Lane at Martinsville Speedway as an owner but has yet to win at the 0.526-mile oval as a driver in Camping World Truck Series competition.

And for the first time since April, 2011, Kyle Busch will get another shot at making his own trip to Victory Lane when he pilots a fourth truck for his team, Kyle Busch Motorsports, this weekend. Despite having made eight career starts at Martinsville, the best the 30-year-old has managed is a pair of runner-up finishes, but this weekend, he looks to change that in his first of four truck starts this season. Busch is also scheduled to race at Charlotte (May 20), Kentucky (July 7) and Bristol (Aug. 17).

“Any time that I can get behind the wheel of one of our Tundras I always enjoy it and look forward to racing in the Truck Series.

“The last two or three times that I did race the trucks at Martinsville we came really close to getting a win and collecting a grandfather clock — hopefully we can finish it off this time. I’ve been able to get to victory lane as an owner at Martinsville, but not as a driver, so the goal this weekend is to change that and hopefully leave with a pair of them.”

I know, I know… the first reaction you had when you read Busch was racing the Truck Series at Martinsville was to groan. After all, it’s become almost inevitable that if he’s in the race, Busch will likely stomp the field and leave everyone behind.  But not so fast.

Busch will be entered in a fourth part-time ride for KBM, leaving him with a team that doesn’t work together at the track on a regular basis. And despite his undeniable talent behind the wheel, that’s definitely something that could play against the No. 18 team since it will have to lean on the three full-time teams that are competing this season.

“The fourth team is definitely a group effort from everyone at KBM. We follow the lead from the three full-time teams and then we take myself, some of the shop guys and the engineer from the Super Late Model team to the track and make it happen,” crew chief Wes Ward said. “Obviously when Kyle is driving your truck you know he’s going to give it everything he’s got, so we expect to run up front and compete for the win. We’ll work hard, have some fun and hopefully come home with a grandfather clock.”

Busch’s potential dominance this weekend aside, the benefit for his rookie drivers is substantial. While he certainly has plenty of previous on-track experience in the series to refer to when it comes to mentoring the developing drivers, nothing beats being out there, experiencing the same track conditions they are as they look for advice.

“With having a couple of young guys driving for us at KBM this year it will be a great opportunity to work alongside of them as a teammate. It’s a lot easier to answer any questions they might have when you are actually in the truck at the same time and experiencing some of the same things, as opposed to giving them direction based on your past experiences. It will be especially helpful this weekend, since I haven’t raced in a Truck Series race at Martinsville since 2011.”

I know plenty of you reading right now would rather see Busch fail to even qualify for Saturday’s race, but let’s be realistic and know he will, without question, be in the field. The bright spot is that no one can truly predict what may happen on track at Martinsville, and I’d like to believe the competition level today is high enough that Busch will have his work cut out for him if he’s going to steal a win from the series regulars.