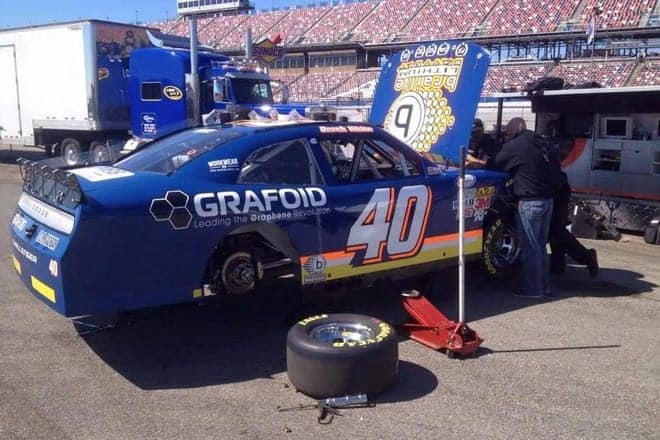 Bloomberg reported on Wednesday that Derek White, co-owner/driver of MBM Motorsports has turned himself in to Police in Quebec in association with a massive tobacco smuggling operation between North Carolina and Quebec.  According to the Quebec Provincial Police, White is one of nearly 60 people involved in an operation the cost the Canadian and Quebec provincial governments roughly $530 million Canadian ($411,664,297.03 in U.S. dollars at current exchange rates, according to xe.com) in lost tax revenue.

According to Quebec Provincial Police spokesman Lieutenant Jason Allard, tobacco leaves were purchased legally in North Carolina, then trucked north and re-sold on the Kahnawake reserves in Quebec (White is a member of the Kahnawake tribe, which has a reserve directly across the St. Lawrence River from Montreal).  The leaves were not declared at border crossings, thus avoiding the taxes and duties would have to have been paid to the Canadian government. The profits from the sales were used to buy illegal drugs such as cocaine and methamphetamine.  The illegal drugs were discovered in a series of busts that took place in both Quebec and Ontario.

NBC Sports is reporting that White will face seven charges as a result of his role in the organization.  They include three counts of Conspiracy to Commit Fraud against the Government, three counts of Fraud towards the Government and one count of Profiteering as a Criminal Organization.  In Canada, each count of Fraud towards the Government will result in a minimum of two years in prison, provided that the fraud is more than $5,000.  The above-mentioned organization would definitely qualify.  The maximum is 14 years imprisonment.

He first debuted in the Camping World Truck Series for DGR Motorsports back in 2009 at Martinsville.  His best finish is a 21st at Canadian Tire Motorsports Park in 2013.  Most of his experience has come in the XFINITY Series, where he has 22 career starts.  His best career finish was an 18th on debut for SR2 Motorsports at the Circuit Gilles Villeneuve in 2012.

NASCAR has not made any kind of statement in regards to the case at this time.  If they do, we will update this post.