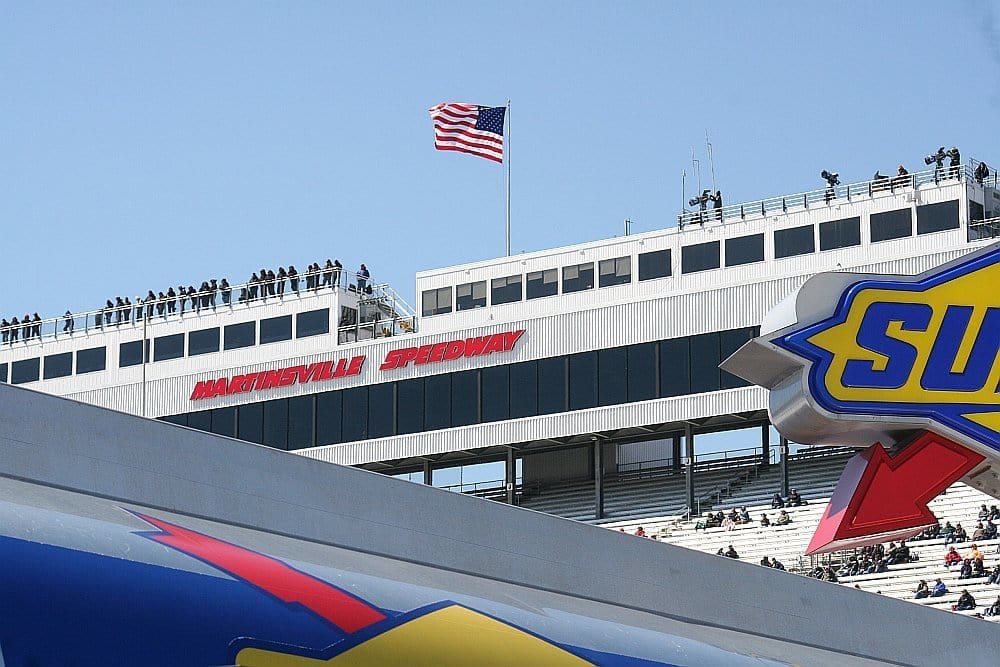 Nothing is perfect.  That’s true of life as well as racing.  2016 has been a very solid NASCAR season so far; the racing is as good as it’s been in 15 or 20 years, particularly on the intermediate tracks.  There’s stability for teams to grow into the future.  Optimism flourishes. All of that means that this week’s race couldn’t come at a better time-fans are looking for the good racing to continue, and it will this weekend.

Because Martinsville is perfect.

The quirky little track that’s graced NASCAR’s schedule since 1949 has some of the best pure racing you’ll see on the Sprint Cup circuit.  No track has hosted NASCAR’s top series longer and no track has come through the sport’s modern era better, not even the venerable Lady in Black.

If you’re new to the sport, if you’re a former diehard who’s slipped to casual fan, if you watch races at just one racetrack this season, Martinsville should be it.

Bristol, the only other true short track on the schedule, has gotten a bit more hype over the years, but Martinsville is the better racer’s track, where a driver can use his bumper to root a competitor out of the way and not cause a multi-car crash, as was likely at the old Bristol, and clean air doesn’t matter like it does at the new Bristol. (Of the two short tracks, it’s most likely Bristol where fans will see a difference from the new rules package.)

Martinsville Speedway is flat, with long straightaways and very tight turns.  Drivers rarely crack the 100 MPH mark for an official lap time, unheard of in modern NASCAR where cars push double that at several tracks, yet the racing is furious and there is action on every lap somewhere in the field.

The track is one that notoriously brings out the competitive side of drivers, and it’s long been a preferred venue for letting someone know you’re not particularly pleased with his driving.  That’s at least in part because speeds are lower, and as Matt Kenseth and Joey Logano illustrated last fall, there is generally not as much collateral damage as other tracks because speeds are slow enough that drivers can avoid trouble.

Because of the track’s history, drivers have it circled on their racing bucket lists, yet winning one of the most famous trophies in NASCAR isn’t easy.  The winners’ list at the track reads like a who’s who of the sport’s long history, with most of the records held belonging to Hall of Fame drivers, and the active driver stats are led by drivers who will without a doubt grace the Hall one day as well.  Good drivers have gone home empty-handed; a few great ones have a grandfather clock in every room.

Martinsville’s looks are deceptive; cars look slow, but the track is far from easy and has claimed lives, most notable that of Hall of Famer Richie Evans.  Driving into town (the track is technically located in Ridgeway, Virginia, just outside of Martinsville), you see a small mountain town with a few hotels and gas stations and restaurants, certainly nothing like Charlotte or Daytona Beach or Miami.  The track is nestled into the heart of a valley surrounded by misty blue mountains, and as if time stands still, train tracks run along the backstretch and freight trains frequently pass through during race weekends.

Yes, the parking lots get muddy when it rains, and showers are a fairly common occurrence, particularly in the spring.  Facilities are slightly antiquated and the infield is cramped, the garage slightly too small for the 40-car field.  The famous hot dogs have undergone a few changes, but they’re still revered by fans, drivers and crews.

Despite the feeling of being slightly trapped in time (or maybe because of it), the racing experience at Martinsville is second to none.  Fans thinking about travelling to a race might think of other venues because of other attractions, but for pure racing, this one needs to be on the short list.

Through decades of NASCAR, through the rise and fall of hundreds of careers, some of them exceptional, Martinsville has been there in the Virginia hills.  Through controversy and change, the racing and the experience remain as unchanged as anything can be over nearly 70 years.  May it be so for 70 more.