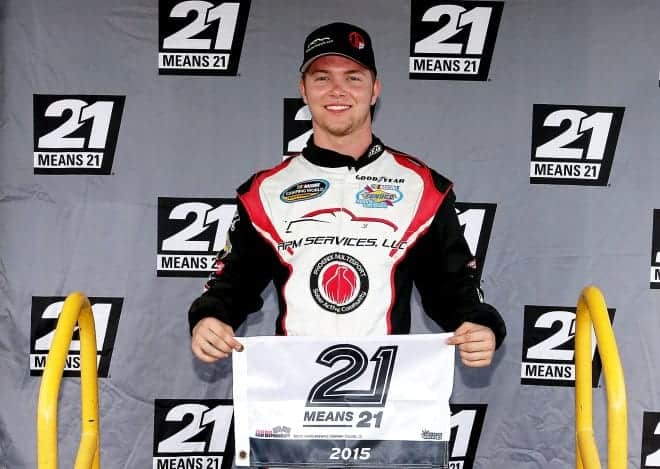 Less than a year after taking the NASCAR Camping World Truck Series by storm at Eldora Speedway, Bobby Pierce is set to return to the sport’s third-tier division.

After winning the pole for the MudSummer Classic at the half-mile dirt track, Pierce finished runner-up to fellow dirt tracker, Christopher Bell. The strong showing earned him a chance to get behind the wheel for three more events, including a DNQ at Homestead.

MB Motorsports will be bringing Pierce, 19, back for a second stint in the No. 63 truck in 2016. Attempting to make his season debut at Dover, he looks to bring the series’ oldest organization its third top-10 finish.

Anyone interested in helping sponsor the MB Motorsports truck for these events please pm me. Serious inquiries… https://t.co/uhSdPcPtyw

In addition to competing at Dover, Pierce will be back with the team at Kansas and Charlotte, filling out the month of May. However, there is no word on any additional races for the Illinois native.

This season, MB Motorsports’ No. 63 truck has been piloted by Garrett Smithley at Atlanta and Spencer Boyd at Martinsville. The team missed the season-opener at Daytona with Reed Sorenson attempting to make his first Truck Series start.