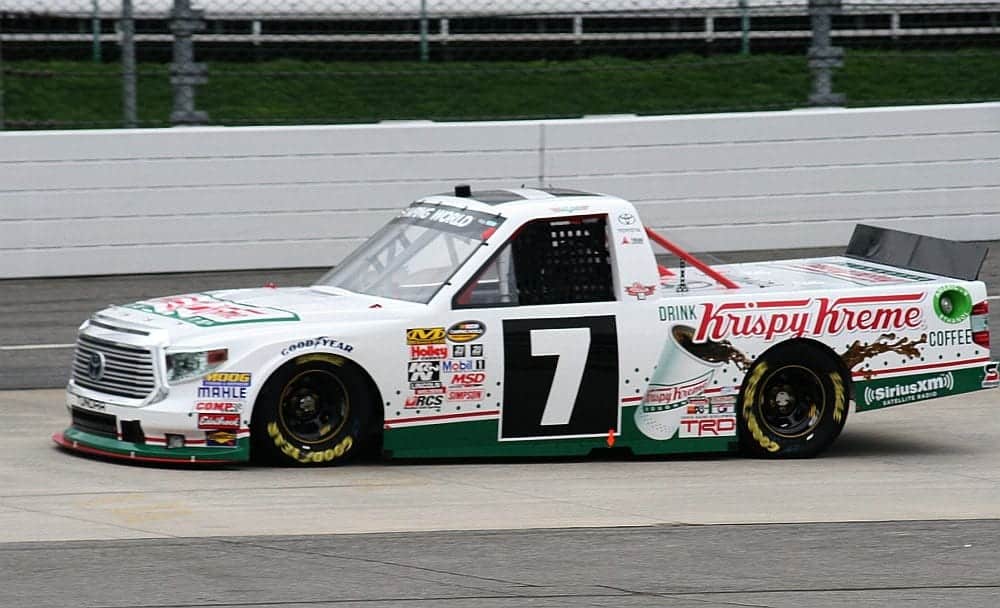 After speaking about how excited he was to announce his plans for 2016, Gray Gaulding has signed on to become the newest developmental driver for Roush Fenway Racing in the XFINITY Series.

Gaulding is scheduled to pilot the No. 60 Ford for Roush Fenway Racing in two events this season, the first coming at Bristol Motor Speedway in August. He will make his second start at Richmond in September with no word on other plans at this time.

“I’m very excited to become a part of Roush Fenway Racing’s Developmental program and I can’t wait to get behind the wheel for my XFINITY Series debut later this year at Bristol,” Gaulding said in a team press release. “Roush Fenway has proven to be second to none in developing drivers within the NASCAR garage.”

Frontstretch originally broke the news that Gaulding would be headed to the XFINITY Series at Martinsville this past weekend.

The 18-year-old Virginia native has made 13 career starts in the Camping World Truck Series with one top five and two top-10 finishes. He has one win in five career starts in the NASCAR K&N Pro Series West, with a victory at Phoenix in 2013. In 38 K&N Pro Series East races, his best finish has been second three times, with a best championship finish of third in 2014, when he was out front for 229 laps.

Last year, Gaulding signed a part-time deal with Red Horse Racing in the Truck Series before making the jump to Kyle Busch Motorsports for three events.

“We’re pleased to be able to give Gray the opportunity to cut his teeth in the XFINITY Series this season,” Roush Fenway president Steve Newmark said in the press release. “He is a talented young driver and we are happy that we can help play a role in his growth and progression as he continues forward in his NASCAR career.”