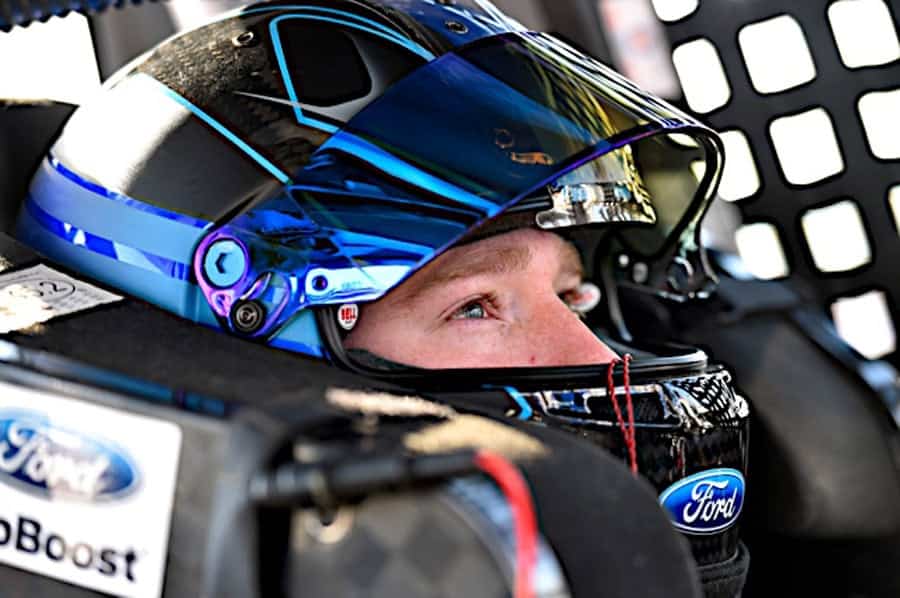 If you had told me prior to the season opener at Daytona that last year’s championship runner-up Tyler Reddick would fail to score a top-10 finish in the first three races of the season, I would have called you crazy. But that’s exactly what’s happened with the driver of the No. 29 Ford after coming up short for his first career championship in what was one of the best title battles the series has seen in recent years.

Reddick got to Daytona with high hopes as the defending race winner, but he was running inside the top 10 when the big one was triggered, collecting half of the field, including the No. 29 truck. He was officially running at the finish but was credited with an 18th-place finish, one lap down.

The following weekend in Atlanta, Reddick looked to be on the right track as he was able to quickly drive through the field into the top 10 after starting 21st, but a pit road mistake put him deep in the field before he ran over debris on the racetrack that forced a green-flag pit stop that put him two laps down. The team gambled, taking the wave-around to get one of the laps back, and a late-race caution put Reddick back on the lead lap. But a two-lap dash to the finish wasn’t enough for him to race very far through the field and he finished 14th.

After a month off to regroup from his struggles at Daytona and Atlanta, Reddick looked to Martinsville to bring a positive momentum swing to the No. 29 team. And after qualifying ninth, his best start of the year, Reddick had a relatively uneventful race, though he struggled with getting caught in the outside lane

So here we sit with three races down, and last year’s championship runner-up has a best finish of just 14th in what was easily his most frustrating race so far. Reddick currently sits 16th in the standings with a 35-point deficit to current leader John Hunter Nemechek. It’s far from panic mode time just yet, but something’s gotta give if the No. 29 team wants to be a part of the title race this year.

It almost feels odd to talk about a driver just a single year removed from back-to-back championships as one that needs to step up his game, especially when he has two top 10s in three races. But Matt Crafton is in a pretty precarious position right now, especially with the insane amount of talent in the series at this point. After being wrecked out of the race in Atlanta, the driver of the No. 88 Toyota dropped from eighth to 18th in the standings.

A trip to Martinsville, where he won last Fall and finished runner-up last Spring brought a seventh-place finish, hardly a poor result by anyone’s standards, but the surprising thing was that Crafton really was never a factor for the win. He jumped back up to 11th in the standings, but that’s not exactly the ideal spot to be in, even though we’re only three races into the year.

I’ve seen it mentioned that Crafton may be getting a point where he’s past his prime for racing, but that couldn’t be more incorrect. Sure there are plenty of drivers coming in that are younger and have incredible talent, but you have to remember that Crafton has been racing in the series for quite some time now. It wasn’t until 2008 (age 32) when he scored his first career win, and it took all the way until 2014 (age 38) before he scored more than one victory in a season.

With all of that said, it wouldn’t surprise me to see a dominant performance from Crafton at Kansas next month, and then this whole discussion will be for nothing. After all, he’s been called the mile-and-a-half king, and there’s no reason to believe that won’t continue this year.

But with all of that said, it’s going to take more than top-10 finishes to put Crafton in the thick of the championship battle this year, though the Chase format certainly brings this team more hope than if there weren’t one this season.

Stepping into the No. 4 that was vacated by 2015 Rookie of the Year and champion Erik Jones, Christopher Bell had some pretty big shoes to fill. So far this season has not gone as planned for the 21-year-old, who currently sits 21st in the point standings and has a best finish of 14th.

The interesting thing is that the team hasn’t really been struggling from week-to-week. Rather, it’s been an issue of bad luck that has plagued Bell for the last three races. And of course the lack of momentum in the early parts of the season schedule hasn’t helped much either since everyone has all the time in the world to dwell on their struggles.

The bottom line is that Bell desperately needs to start pulling in results that are indicative of how his trucks have been performing, and when he does, it wouldn’t be at all surprising to see him pop off a couple of wins – or at least top 5s – in succession.