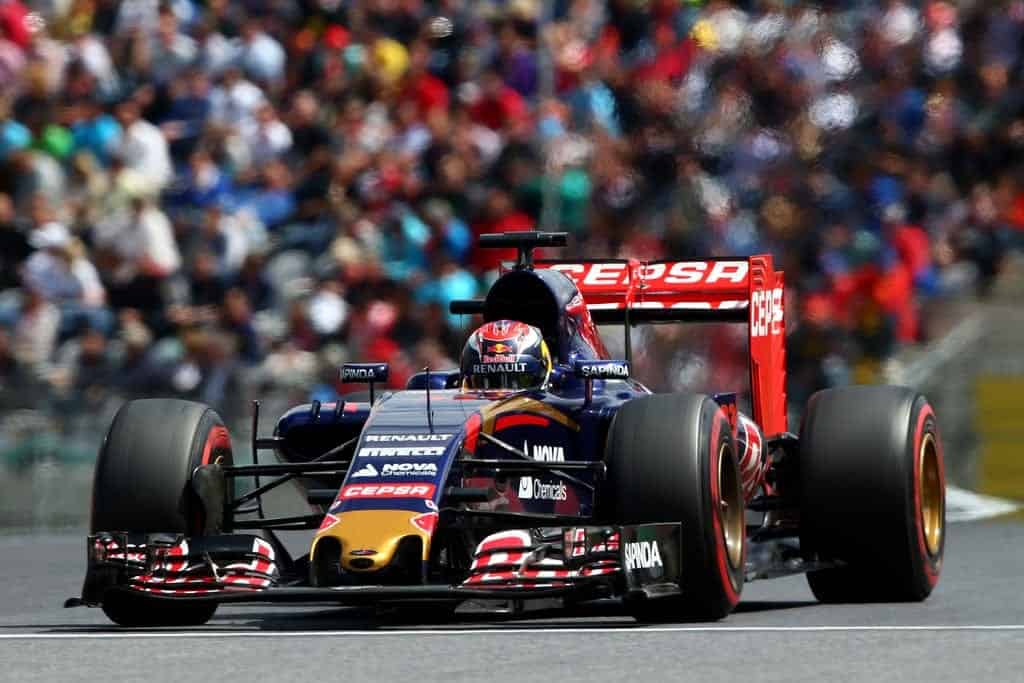 With a weekend off before heading to the Chinese Grand Prix in Shanghai, Formula 1 looks to catch its collective breath for a moment.  After the wild and entertaining race in Bahrain, perhaps that’s not such a bad idea.  The starts for F1 races are commonly the highlight, and the Bahrain GP proved to be no different, but the racing throughout the event showed itself to be one of the better ones in recent memory, something that seemed altogether unexpected.

The battles between teammates, like Carlos Sainz, Jr and Max Verstappen, featured plenty of drama and one would imagine that the team debrief for Scuderia Toro Rosso must have again been interesting.  Then again, for a team where the collective age of its drivers is around 40, there’s bound to be some youthful exuberance mucking things up a bit.  But the contest between the two of them fizzled as Sainz retired, though Verstappen should be applauded for his sixth-place finish.

For smaller teams like Toro Rosso, nicking points results when available is a key factor to their season.  With Sebastian Vettel not even starting the race, it opens up a likely points position.  That Verstappen could outrun Daniil Kvyat, from the big brother Red Bull organization, shows that the team may be on a uptick in large part to using Ferrari engines, albeit the 2015 iteration.

After two races, looking at the points standings can be both exhilarating and silly for teams and drivers and Toro Rosso is a case in point.  Even with the goofy qualifying method that premiered this year, the two drivers managed only to take up the 10th and 11th spots.  Yet in Australia they were higher up the grid.  The funny thing is that they finished the Australian GP in ninth and tenth.  So to summarize, it’s all a mess, or a mystery, or so far there’s no real way to figure out how the team is doing.

The points bare that out, with Verstappen in eight and Sainz in twelfth.  That doesn’t, however, mean that looking at the standings is a fool’s question, as there are some things that stand out.  The obvious one is that Mercedes is pretty good, or rather dominant, as they hold the first two positions.  The second thing that can be gleaned is that Daniel Ricciardo is off to a solid start, even with the much-derided Renault (called Tag Heuer) powerplant in his Red Bull.  The Red Bull might not have the fastest outright speed but it looks like it handles well and Ricciardo has been keeping it under him.

While there are other aspects to note from the standings, one that sticks out is how poorly Williams is performing, with their drivers sitting in seventh and eleventh.  For a team running the Mercedes engines, this fact must have the engineers and principals beyond frustrated.  Has Williams hit their ceiling?  Is there a fix in store?  It is one of the things they are no doubt examining.

Only two races in and the season already feels like there’s a lot to it.

– What is up with Lewis Hamilton and the race starts?  In Australia, Hamilton lamented that a clutch issue forced his bad start, though he recovered to finish the race in second.  At the last race he stated that poor reaction time kept him from bettering his teammate on the start, something that helped put him back in traffic where Valterri Bottas gave him a little punt.  Again, he recovered, taking the final spot on the podium.

The two bad starts are basically what have kept him from being the points leader at this juncture.  One would have to imagine that working on the starts is the very thing on which he’ll put his focus and it would be no surprise to see him take the top spot in qualifying and go on to rule the race in Shanghai.  For everyone who is looking for a more interesting race, the hope will be against Hamilton doing such a thing.

– Everyone rejoice.  The series will be returning to the 2015 qualifying format for the next race.  While the idea to switch up qualifying had been an intriguing one, and somewhat unwarranted, the format could best be described as awful.  That all parties involved could not come to a census to return to the old format for Bahrain illustrated how difficult it is for decisions and changes to be made in the sport – something that seems like is only getting worse.  Everyone has finally come to their senses and agreed to use the old format.  If the sport really is looking to make changes to qualifying it should form a committee to look at ways to do so and not rush to do so just before the season begins.

– Fernando Alonso, ruled out of the last race is back to training in the hopes of being cleared for the Chinese GP.  Having Stoffel Vandoorne take over his ride gave everyone a glimpse at the driver who will likely be in one of the two McLaren seats very soon, but Alonso returning to the field would be most welcome for the next race.  It’s still rather amazing that all he suffered was a collapsed lung and fractured ribs from that terrifying wreck in Australia.

The racing thru the field made the Bahrain race one of the best in recent memory. Lots of mixing it up and some teams and drivers apparently punched above their weight.

I must reluctantly give Haas credit for getting off to an excellent start. Obviously the alliance with Ferrari is giving them advantages previous start up teams have not had.

My star of the race however was Paschal W. in the Manor. Certainly the underfunded teams acquisition of Mercedes engines, as well as Williams transmissions and suspensions has been a huge help. Yet the gap between the teams two drivers was eye opening. Lets hope the team can develop the car enough to allow a few points to be scored this year.