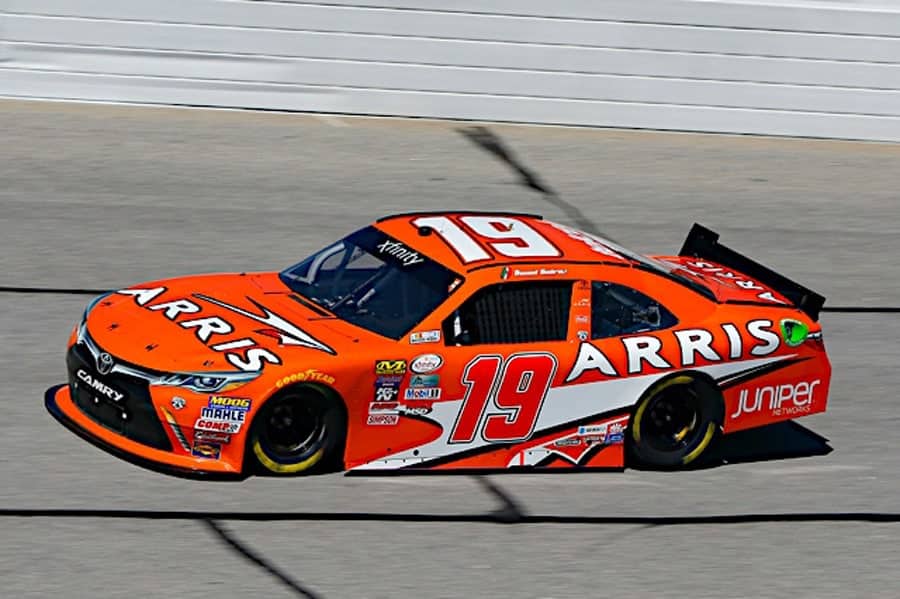 It is time for something different.  This weekend will be the first of four heat race events that NASCAR will hold for the XFINITY Series in 2016.  Bristol Motor Speedway will be the first venue to try out the new format.

Here is a refresher on how the heat race format will work:

The weekend will start off with a regular qualifying session to fill the 40 car field (there are 42 cars on the entry list for this weekend).  Drivers who qualify in odd-numbered positions will run the first heat, while those who qualified in even-numbered positions will run the second.  For Bristol, each of those heat races will be 50 laps.  There will be a brief break between the two heat races, followed by a second short break before the main event begins, for which the starting positions will be set by the results of the two heats.  Bristol’s main event will be 200 laps.  Caution laps will count in the heat and main races.

The heat race events also include the revamped Dash 4 Cash bonuses.  This year, the top two XFINITY regulars in each heat will be the four drivers eligible to win the Dash 4 Cash bonus in the main event.  The highest-finishing driver of the four gets $100,000.  Additionally, winning two Dash 4 Cash bonuses will count the same as winning a race outright for Chase eligibility.

It may strike some fans as weird that NASCAR would use a totally different race format for a few events during the course of the season.  Chances are that there will be some awkwardness for long-time fans on Saturday who are not used to seeing the racing action so split up.  NASCAR’s willingness to experiment with different race formats, however, is something that the sport should preserve and fans should embrace, as long as the experimentation is conducted fairly.

Think back to last year when NASCAR was experimenting with new aero packages in the Sprint Cup Series.  The most realistic way to test those baseline setup rules out was during the course of an actual race, which is what NASCAR wound up doing.  Drivers and fans got to see for themselves how the low-downforce and high-drag packages affected the racing.  The result was that the low-downforce package produced some compelling racing at Kentucky and Darlington.  And the high-drag package?  Not so much.

It was unfortunate that the races at Indianapolis and Michigan were forgettable, but the overall test was successful.  The NASCAR world got an honest look at the different aero packages, and most drivers and most fans agreed that the low-downforce package was the way to go.  Those rules were implemented for 2016, and the quality of racing in the Sprint Cup Series has improved considerably from last year.

Now it is time to see what NASCAR’s experimentation can do for the XFINITY Series.  Namely, what happens when the sanctioning body introduces a heat race format to big-time stock car racing?  For Bristol, expect track position to be at a premium.  With the XFINITY drivers able to rocket around BMS at about 15 seconds per lap, a 50 lap heat is going to fly by.  While passing at the World’s Fastest Half-Mile is easier than it was 10 years ago, running position itself, especially the closer a driver is to the lead, will mean more.  Drivers will race more aggressively and take more chances – tactics that made Bristol famous in the first place.

NASCAR has done a good job implementing the new format thus far.  Nobody may know exactly what to expect from Saturday’s race, but the teams have had time to prepare.  NASCAR announced which events would use the heat race format a month before the season began, so this is not a case of the sanctioning body springing a new rule change on the XFINITY teams.  Everyone has an equal chance to succeed with respect to the rules, with driver and team performance ultimately determining the winner.

Perhaps best of all, the heat race format will bring a little uniqueness to the XFINITY Series.  Thanks to the recent Cup driver dominance of NASCAR’s second-tier series, fans have justifiably voiced their displeasure about NXS races being glorified test sessions for Sprint Cup racers.  Saturday’s race will feature the usual lineup of Sprint Cup suspects, and they will once again be the favorites to win.  However, using a heat race format will make the Bristol event feel a lot less like a Cup race.  It will make the XFINITY Series feel a lot less like “Sprint Cup Lite” and more like a local short track event.  Adding in the Dash 4 Cash bonuses will give the NXS regulars an extra chance to shine.  Different race formats will not solve the Cup driver problem completely, but they will allow the XFINITY Series and its drivers to show their stuff a little more than usual.

When NASCAR first announced that it would hold heat races for some XFINITY events, it was fair for fans to ask what the motivation for changing a long-held race format was.  The evidence suggests that it is a genuine attempt to make the experience of the XFINITY Series richer through a little experimentation.  My guess is that most fans and competitors would be willing to sacrifice a little comfort to see if the new format produces a better racing product.  Even if Saturday’s race at Bristol does not turn out to be a good show, NASCAR should still be free to (fairly) tinker with the racing.  That experimentation always has the potential to lead to positive changes in the sport.