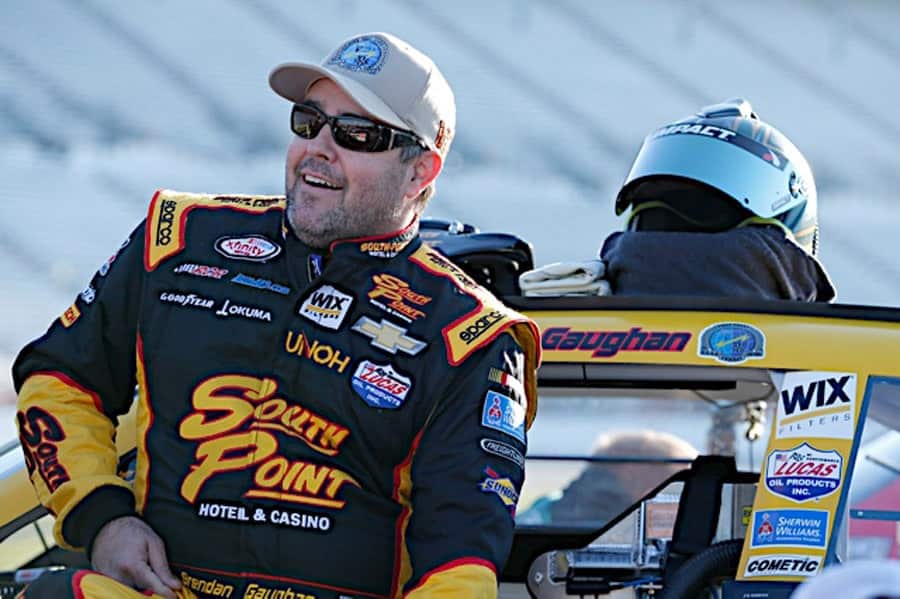 We’re back for season two of Off the Wall With… and we’ve got five brand-new questions for your favorite racing personalities!  This week: XFINITY Series veteran Brendan Gaughan.

Brendan Gaughan: My very first racecar was a little Superlite buggy for the desert that had No. 13 on it.  My first race ever was in a Class 10 dunebuggy and 1077 was our number.

Gaughan: In a NASCAR race, not many crazy things happen.  But at Richmond last year with that fire was the most impressive thing that’s ever happened to me in a NASCAR race.

Gaughan: Chicago.  I was like 16 years old and I went with my mother.

Gaughan: I love practical jokes. I had one teacher for four years in high school.  He was a great guy—Rob Goodrich.  I loved him.  He had a Suzuki Samurai. Did you know a Suzuki Samurai will actually fit perpendicular in a parking spot? So a bunch of the guys on the football team actually picked up his Suzuki Samurai and put it sideways in a parking spot.  And then at the end of the year, we took it—I stole his keys from his desk and drove it down to the senior plaza.  Then we filled it with all the recycling bins from all the classrooms, all the way up to the roof and we put his keys on the floorboard and locked it so he had to climb through the back to get in.

Gaughan: I don’t think we can write that… Well, I hid my first big speeding ticket from my father. My mother helped me get out of it, because it was a very large ticket in the state of California.  My dad never found out until I was in my mid-20’s

In case you missed it: