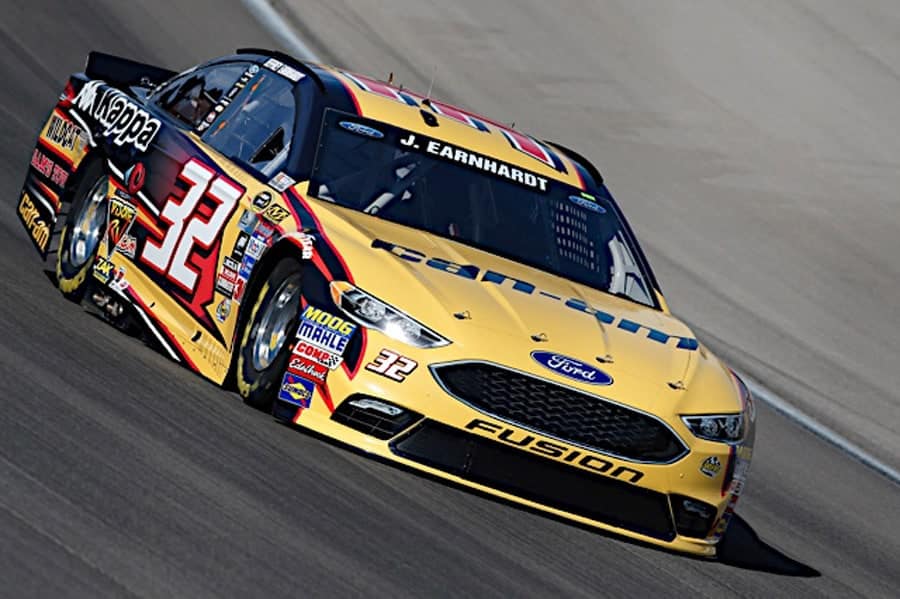 Patrick Carpentier will return to Sprint Cup Series competition this season at Sonoma Raceway and Indianapolis Motor Speedway for Go FAS Racing and its  No. 32 Ford.

The 44-year-old Canadian last made a Sprint Cup start in 2011 at Kansas Speedway, finishing 30th for Frank Stoddard.

“Even if I say that I’m retired, I could not miss the opportunity to drive in the NASCAR Sprint Cup, especially on circuits as interesting as those of Sonoma and Indianapolis,” Carpentier said. “I’m really happy to wear the colors of Kappa, Cyclops Gear and Can-Am, because I love to use their products.”

With 40 prior Sprint Cup starts, Carpentier is most known for winning the pole at New Hampshire Motor Speedway in 2008. His best career finish came at Sonoma in 2009, coming home in the 11th spot.

Outside of Sprint Cup, Carpentier has 16 starts in the XFINITY Series to join a single Camping World Truck Series start in 2008. For eight years, Carpentier was a competitor in the open wheel CART series, winning five times from 2001 to 2004.

Bobby Labonte, Jeffrey Earnhardt and Joey Gase have split the No. 32 in 2016.